No, Biden's IRS proposal won't spy on you

The proposed tax plan would make banks report the total amount of money into and out of an account on a yearly basis. The IRS wouldn't see transactions. 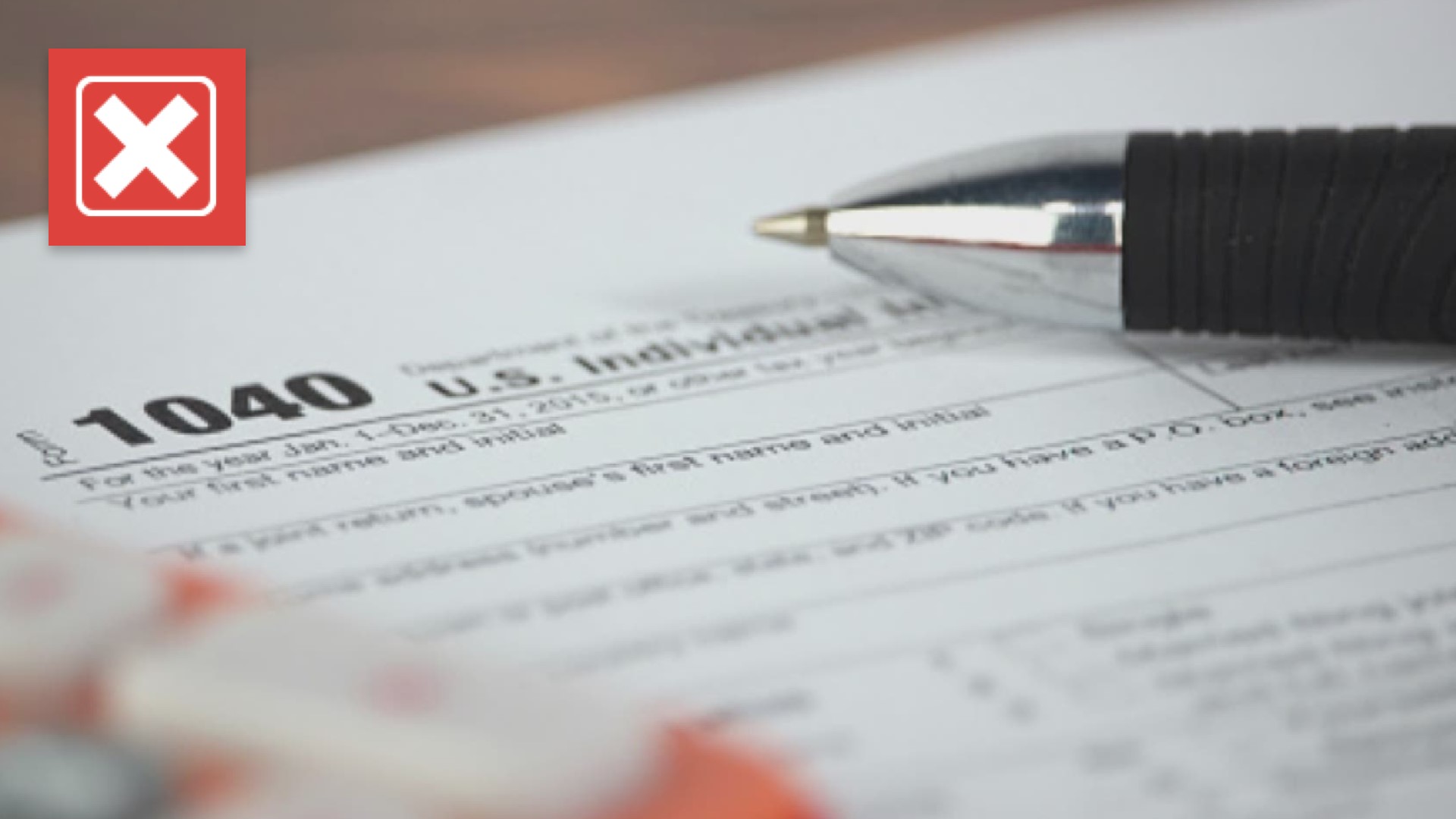 GRAND RAPIDS, Mich. — A Biden administration revenue proposal is causing a stir on social media. The Treasury is asking for the IRS to have access to the amount of money coming in and going out of a taxpayer's account.

Typically when we see emails about money that tell us to click a link, we want to move it to our spam folder or delete it. Some viewers are worried that banks' pleas for help actually show a greater issue with privacy concerns between taxpayers and the government.

Is this tax bill legimiate? Will it allow President Biden and the IRS to see my private information?

It needs context and is misleading. Here is why:

Yes, this tax bill is real.

No, it won't allow President Biden or the IRS to spy on you. Some of the statements by legislators opposed to the bill have been misleading or exaggerated.

The Treasury’s revenue proposal states “Increased visibility of business income will enhance the effectiveness of IRS enforcement measures and encourage voluntary compliance,” meaning, they believe the internal revenue service will function better with this additional data and will encourage people to not commit tax fraud. In short, financial institutions will need to report to the IRS the annual inflow and outflow totals from most bank, loan and investment accounts.

Those reasons aren't the only ones, Dr. Seyhun said. He added that the IRS will be able to computer audit everyone since they will see how much money is going into your account versus what you reported on your taxes. But some types of income aren't taxable, so taxpayers could run into some issues.

"IRS will simply state ‘we think you're an extra $2,500 in taxes,'" he said. "Now, IRS problem becomes your problem. People will say, ‘I don't want to fight with the IRS,’ so they'll just let it go, so the IRS will raise a lot more money."

He is worried individuals will just pay the amount the IRS demands, especially those who aren't as savvy with finances. While his concerns are valid, this rule has already been in place. The document shows the current law already requires banks to report.

In a release by Sarin, she asserted that using the information that banks already have doesn’t “impose any burden on taxpayers whatsoever” and helps to close the tax gap from the people they are really after - the billionaires. The tax gap is the difference between taxes owed and collected, around $600 billion annually.

“Democrats should abandon their proposal requiring financial institutions to report transactions of private citizens to the IRS,” said Congressman Bill Huizenga in an email to 13 ON YOUR SIDE. “This is tantamount to the government using banks and credit unions to snoop on the private financial data of Americans with little to no discernable benefit. Projections that this will somehow increase revenue are a pipe dream. In the end, consumers will have fewer choices, the size and power of government will grow, and the privacy of the American people will diminish.”

Another congressman, South Carolina Senator Tim Scott, said the bill is so the IRS can "spy" on taxpayers' bank accounts.

This, however, is false. The government will not have access to direct transactions, just the total inflows and outflows from the account. Seyhun still thinks it is unfair to have even more access, especially if the everyday person doesn’t have numerous accounts with billions of dollars in them.

"In the US, we have a system you're innocent until proven guilty," he said. "With this new proposal, we are guilty unless we prove our innocence."

This bill is only proposed, it must be approved by congress. If it is, it will go into place at the beginning of 2023.