Yes, the bed frames at the Olympic Village are made from cardboard but they aren’t ‘anti-sex’

The beds are made out of cardboard for sustainability purposes. They’ll be turned into recycled paper after the Olympics. 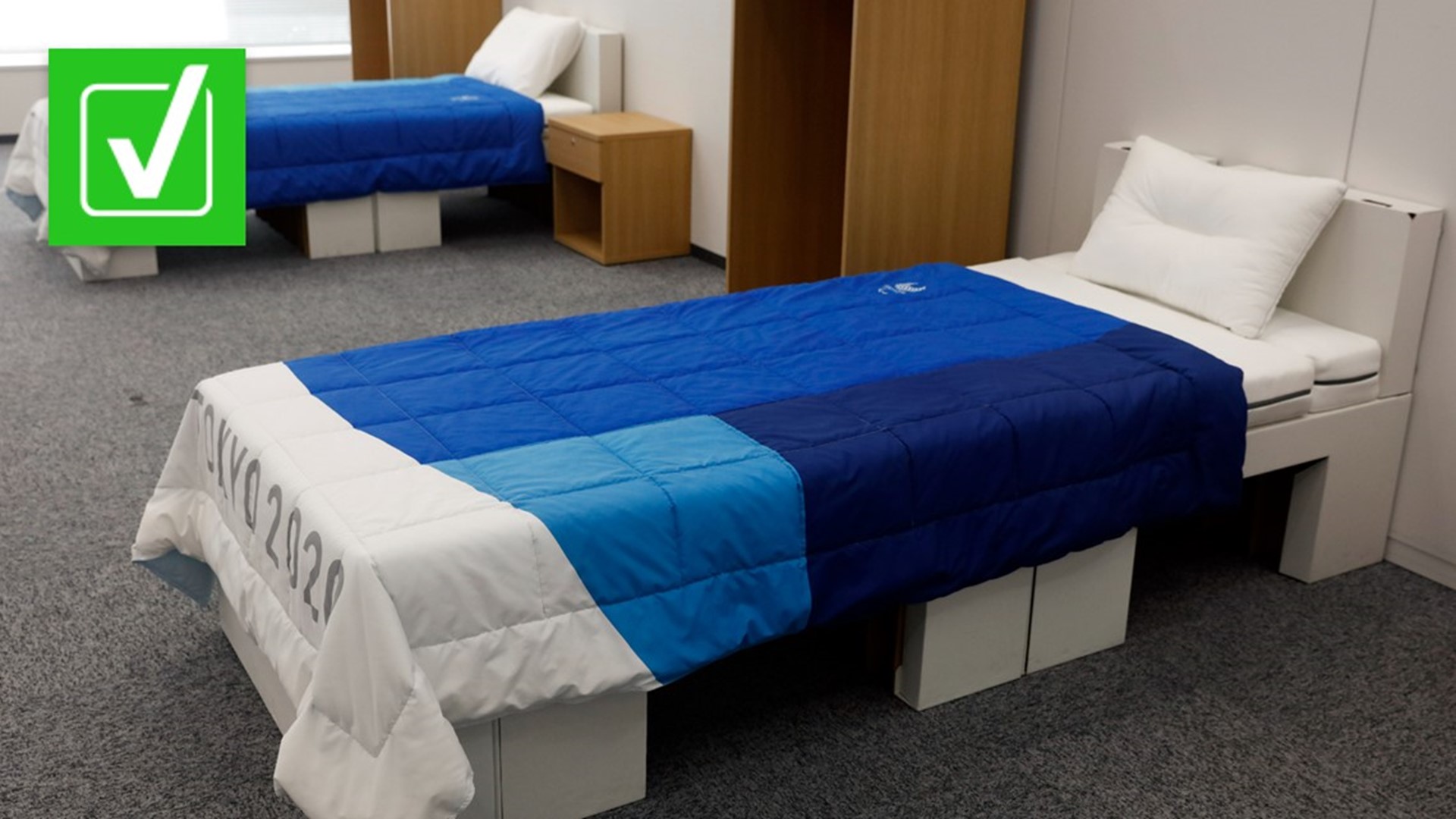 With the Tokyo Olympics just days away, athletes are getting accustomed to their new living situations at the Olympic Village.

Paul Chelimo, a U.S. distance runner who won the silver medal in the 5,000-meter race at the 2016 Games in Rio De Janeiro, tweeted that the beds in the Olympic Village were made out of cardboard. “This is aimed at avoiding intimacy among athletes,” Chelimo tweeted. His tweet was shared more than 10,000 times and followed up by reports that the beds were “anti-sex.”

Are the bed frames in the Olympic Village made from cardboard?

Yes, the bed frames at the Olympic Village are made from cardboard. Documents from organizers indicate the cardboard bed frames were made for sustainability purposes, not to limit sex.

An April 2020 report by The Tokyo Organising Committee of the Olympic and Paralympic Games shows there were plans for the bed frames at the Olympic Village to be made from cardboard. The “Sustainability Pre-Games Report” says: “Bed frames made of 100 percent highly durable cardboard materials will be used for sleeping accommodations in the Olympic/Paralympic Village. These will be turned into recycled paper after the Games.”

Furthermore, the official Olympics Twitter account shared a video on Earth Day, April 22, 2021, about sustainability plans at this year’s Olympics. Included in the video was a reference to the beds at the Olympic Village. “Athlete’s beds are made using recycled cardboard,” a slide in the video says.

After Chelimo’s video was shared widely on Twitter, an Irish gymnast tweeted a rebuttal video. In the video, Rhys McClenaghan is jumping on one of the beds. The bed does not collapse as McClenaghan hops several times.

“Anti-sex” beds at the Olympics pic.twitter.com/2jnFm6mKcB

The bedding at the Olympics is provided by Japanese company Airweave Inc. A September 2019 video from Japan broadcaster NHK World-Japan shows the beds being displayed and assembled. In January 2020, Airweave shared an Associated Press story in which the general manager of the Olympic Village said the beds could hold up to 200 kilograms, which is about 440 pounds.

The Olympic Village has a longstanding reputation for being an intimate place for athletes. To encourage safe sex, organizers typically make condoms available to athletes. At the 2016 Rio De Janeiro Olympics, a reported 450,000 condoms were available to athletes. This year, that number is much lower as the COVID-19 pandemic looms over the event. Still, a reported 150,000 condoms will be distributed to the more than 11,000 athletes set to compete at this year’s Olympics.

However, an Olympic guide advises athletes to limit physical interactions because of COVID-19.

“Avoid unnecessary forms of contact such as hugs, high-fives and handshakes,” the guidance says.

More from VERIFY: No, Olympic athletes are not required to get vaccinated before the Olympic Games