“These cicadas have telltale signs of infection: the back half of their abdomen has been replaced with a yellow/white ‘plug’ of fungus,” says Dr. Brian Lovett. 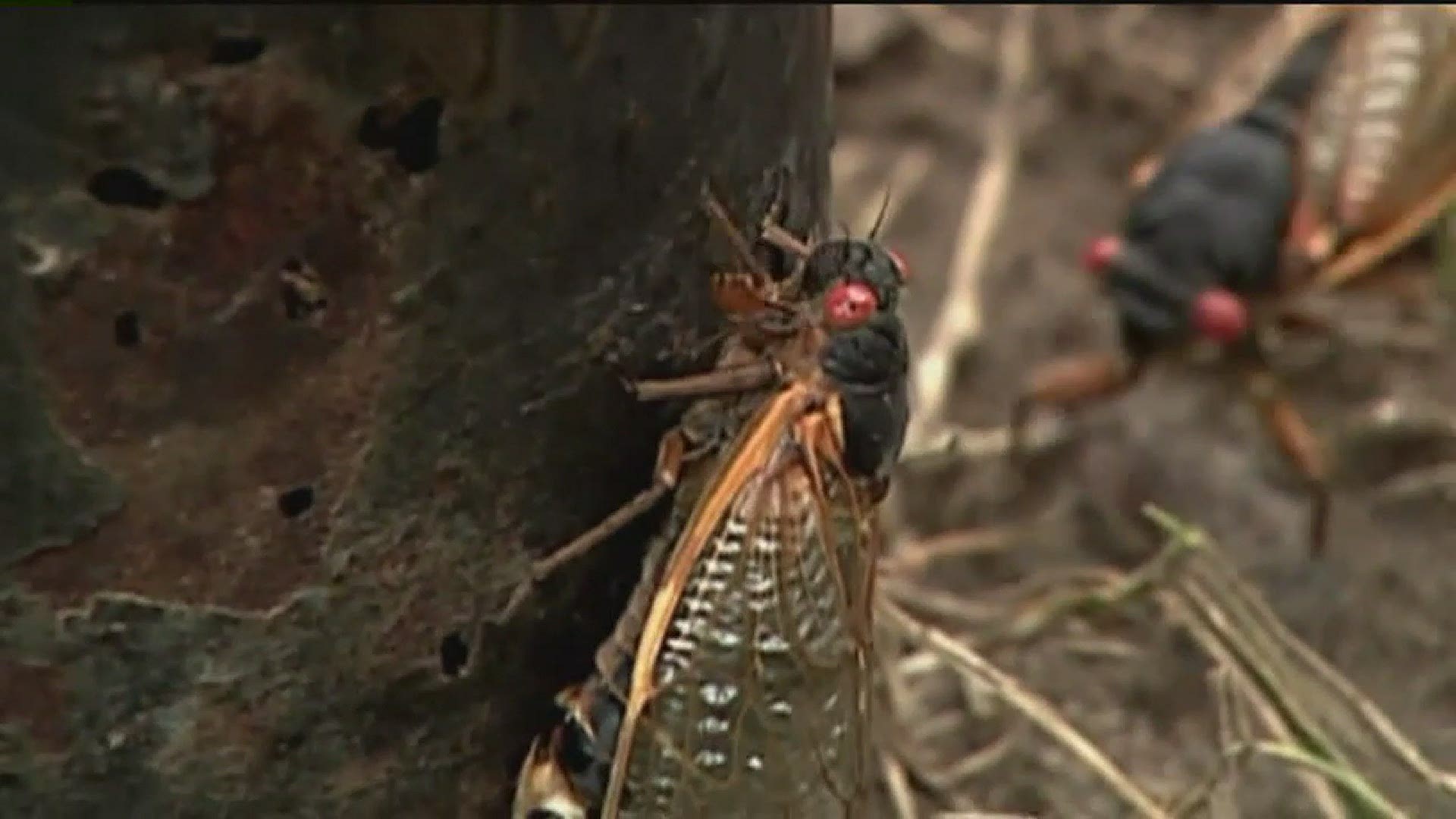 One of the largest populations of periodical cicadas, known as Brood X, is starting to emerge in parts of the East Coast and the Midwest after 17 years underground. Recently, across the Washington, D.C. metropolitan region, people on social media are sharing videos of cicada heads climbing trees, with several likening the bodiless creatures to zombies.

How is this even possible?

This cicada head just walked up a tree in my backyard like nothing was wrong. A bird or squirrel must have eaten the rest of it for breakfast today. @capitalweather pic.twitter.com/VnPXvrePEt

Do these bodiless ‘zombie cicadas’ exist?

A team of researchers at West Virginia University in 2019 discovered that Massospora cicadina, a psychedelic fungus that specifically infects periodical cicadas, “contains chemicals similar to those found in hallucinogenic mushrooms.”

“The fungus causes cicadas to lose their limbs and eccentric behavior sets in: Males try to mate with everything they encounter, although the fungus has consumed their genitals and butts,” according to the researchers, which is why they have often referred to the infected cicadas as “zombies” and “flying saltshakers of death.”

Once periodical cicadas, like Brood X, emerge from beneath the surface after 17 years, their primary goal is to mate. In a study published by the WVU researchers in 2020, they state that several days after emergence, healthy periodical adult male cicadas begin to sing in order to attract adult female cicadas. Meanwhile, “the Massospora–Magicicada parasite–host system functions, in part, as a sexually transmitted infection.”

“Magicicada sexual behavior is highly stereotyped: males call and females respond with wing flicks, but healthy males never signal with wing flicks. When females remain unmated much beyond the onset of sexual receptivity, their responses become exaggerated with louder, more consistent wing flicks and sometimes even whole-body motions that appear to draw the attention of chorusing males,” according to the study. “This exaggerated behavior is a form of hypersexuality that is consistent with age-related decreases in mate choosiness reported in cockroaches, medflies, parasitoid wasps, and other insects. In this context, hypersexuality observed in Massospora-infected cicadas is not surprising because infected cicadas remain unmated for their entire lives and may therefore exhibit increased sexual receptivity without any special manipulation by the fungus.”

Credit: PLOS Pathogens
This schematic shows the known and possible modes of infection for cicadas infected with Massospora spp. adapted from previous studies.

Dr. Brian Lovett, a co-author of the study, further explained to VERIFY what makes the fungus-infected cicadas hypersexual.

“This fungus keeps cicadas alive during infection, so it uses infected, but still living, cicadas as a vehicle for infecting others. One opportunity for infection is when an uninfected cicada attempts to mate with an infected cicada. This means that hypersexuality benefits the fungus because it would increase transmission,” he said.

Lovett also says the fungus has already been observed in the newly-emerging Brood X population of cicadas.

“Many people have observed Massospora-infected Brood X cicadas. These cicadas have telltale signs of infection: the back half of their abdomen has been replaced with a yellow/white ‘plug’ of fungus,” he said.

This is the famed Massospora cicadina! This infected sex crazed male cicada was observed this morning in Woodbridge, Virginia! pic.twitter.com/N14S6Pm8o1

While it’s been verified that it’s safe for humans and animals to eat healthy cicadas, Lovett says he and his colleagues do not recommend humans or animals to eat zombie cicadas.

“While we believe it would be safe for someone to accidentally consume a zombie cicada, we do not recommend eating them. They produce a variety of chemicals to manipulate their cicada hosts, but they produce these at very small doses. These doses are sufficient to affect cicadas, but would likely not affect us,” he said.

When asked if eating a zombie cicada would affect consumers like magic mushrooms, Lovett noted that “massospora that infects periodical cicadas like Brood X produce cathinone, an amphetamine, not the ‘magic mushroom chemical’ psilocybin.” He did, however, say that annual cicadas can become infected with Massospora species that produce the second chemical.

More from VERIFY: Blue-eyed cicadas are rare, but not worth $1,000