The crash was captured on surveillance video at a Ford dealership in McDonough. 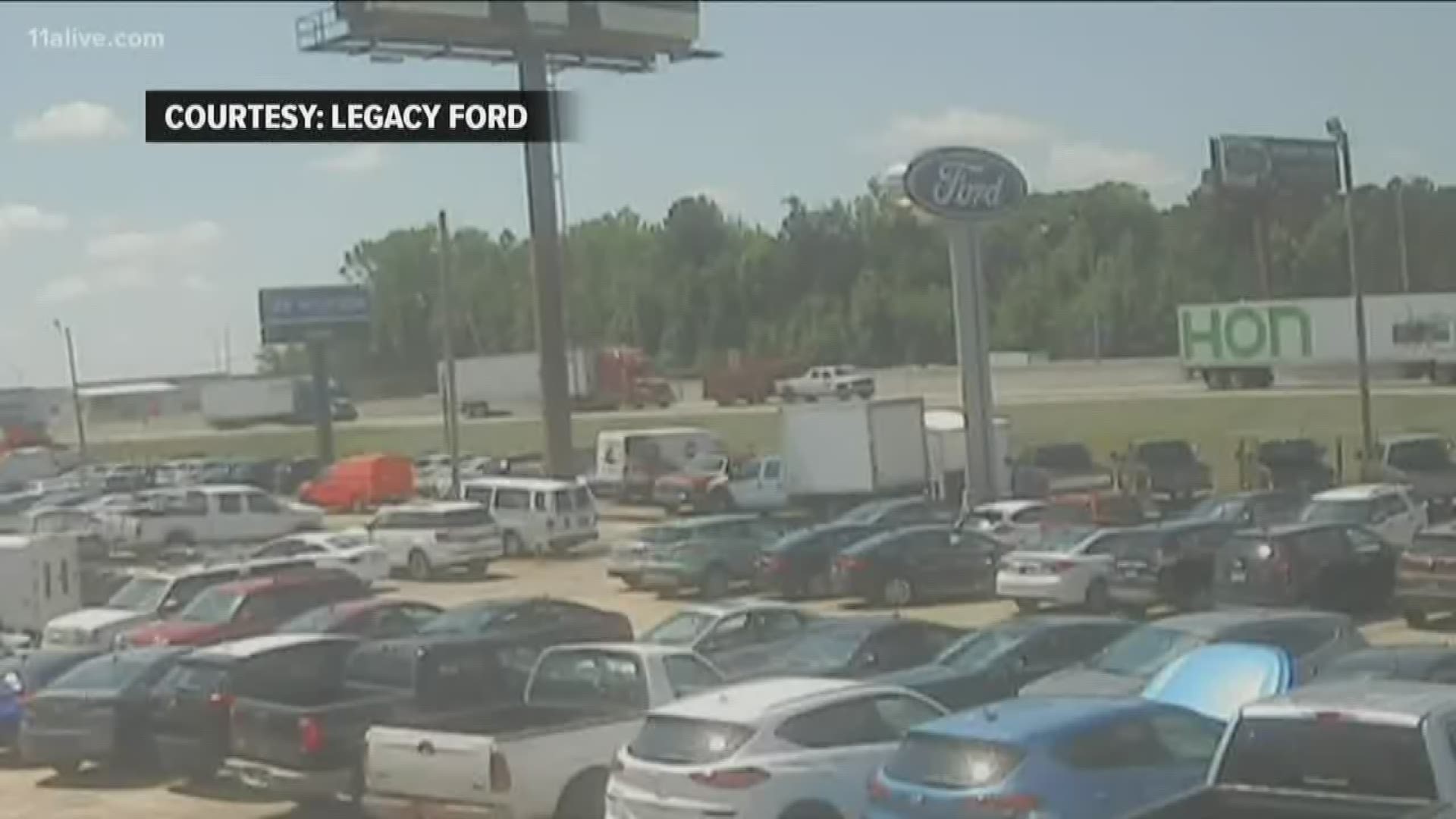 MCDONOUGH, Ga. — Questions remain after Thursday’s deadly crash that shut down all northbound lanes of Interstate 75 in Henry County and killed four people.

Surveillance video shared with 11Alive from Legacy Ford, courtesy of owner Emanuel Jones, shows the moment of impact from the perspective of a car dealership parking lot that faces the freeway in McDonough.

In the video, the first tractor-trailer is shown slowing down as it approached traffic building on I-75, just north of Highway 155. The truck behind it – a white Chevy pickup carrying a load of pine straw – slowed down as well.

Within seconds, a third vehicle, another big rig, rear-ended the Chevy without appearing to stop. That caused a deadly chain reaction, sending the Chevy into the tractor-trailer in front of it. 11Alive has stopped the video the moment before the truck collides into the back of the tractor-trailer.

Credit: Legacy Ford / Emanuel Jones
Surveillance video from a Ford dealership in McDonough showed the moment a tractor trailer slammed into a Chevy truck, which rear-ended the truck in front of it. Four died.

RELATED: 4 killed after tractor trailer rams pickup truck into back of another big rig

According to police, the impact sparked a massive fire. All four people in the pickup died in the crash. Their identities have not been released. The driver of the tractor-trailer that caused the accident was taken to an Atlanta-area hospital with non-life-threatening injuries.

Based on the content spotted by 11Alive’s LaTasha Givens on the freeway, one of the trucks appeared to be hauling potatoes. The truck drivers and companies have not been identified at this time.

The crash happened around 12:15 p.m. Thursday and the roadway didn’t fully reopen until about 6 p.m. that evening.

The crash is still being investigated and no charges have been filed.

Sophie's Nightmare: How a Georgia mother allowed her boyfriend to impregnate her 10-year-old