One person was killed by gunfire, and three others were injured in shootings Saturday night. 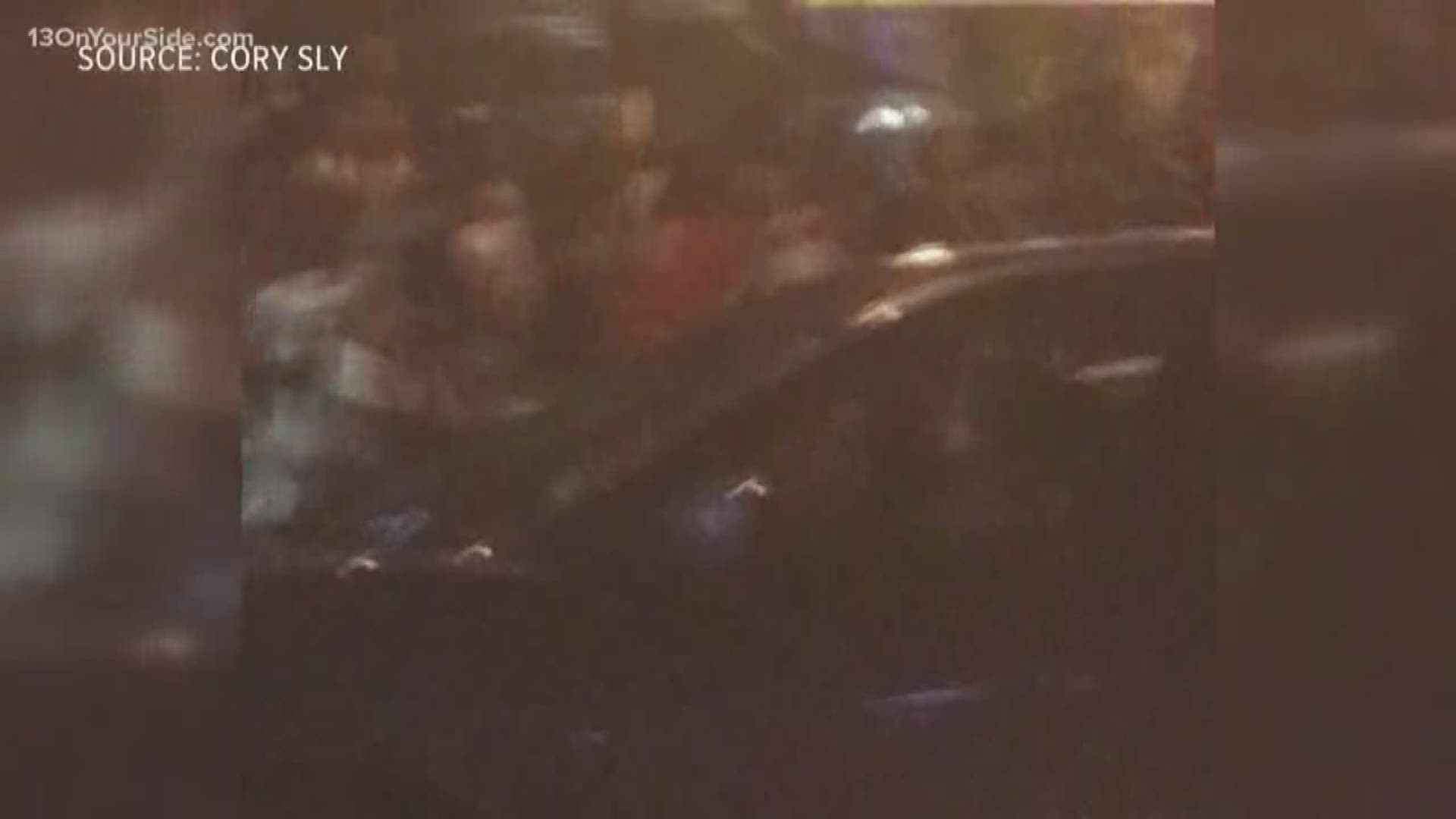 Four people were shot, a fight broke out and one Grand Rapids resident is saying his back windshield was shattered all during the city's fireworks display Saturday night.

Thousands of people headed downtown to watch the city's official fireworks show on July 6. But the evening had its chaotic moments.

There were two shootings that occurred in the city Saturday night, but Grand Rapids Police said both of them happened outside the official viewing area for the fireworks display.

At 10:34 p.m. two teens were shot in the Big Boy parking lot on Pearl Street NW. A 17-year-old was taken to a hospital with non life-threatening injuries. A 19-year-old was also injured.

Police found two victims at 6th Street and Front Avenue NW. A 21-year-old man was shot and killed and a woman was taken to an area hospital with shooting injuries.

Grand Rapids Police said they were able to respond to both shootings quickly because of the extra staffing in the city for the fireworks.

Facebook user Cory Sly posted a video on his Facebook page of a brawl that broke out in downtown Grand Rapids. The video has been shared over 1,600 times and has been viewed 57,000 times.

The video shows a crowd of people on Monroe Avenue NW in front of the LOVE Sculpture, which is across the street from Rosa Parks Circle. In Sly's video it shows a large group yelling and shoving each other. At least one person was on the ground being kicked.

13 ON YOUR SIDE reached out to the Grand Rapids Police Department regarding the fight. They have not yet responded. 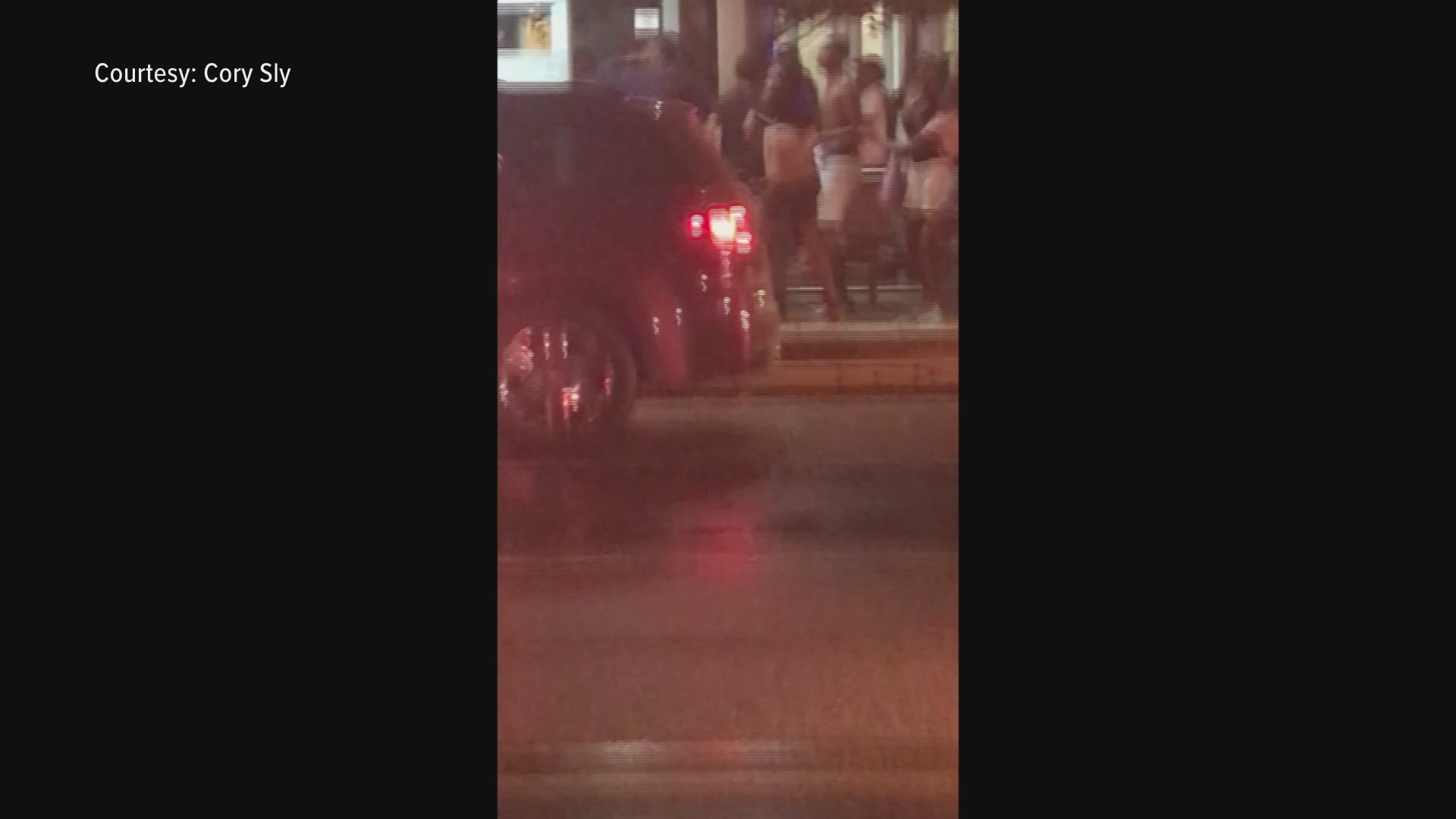 Beau Swanson, a Grand Rapids resident, said the back windshield of his pick-up truck was smashed while he was photographing the fireworks.

Swanson said it appeared someone threw a liquor bottle in the back of the window.

A woman who was downtown for the fireworks told 13 ON YOUR side that her car was hit by a stray bullet on Front Avenue NW. She said she had family and friends in the car but thankfully no one was hurt. 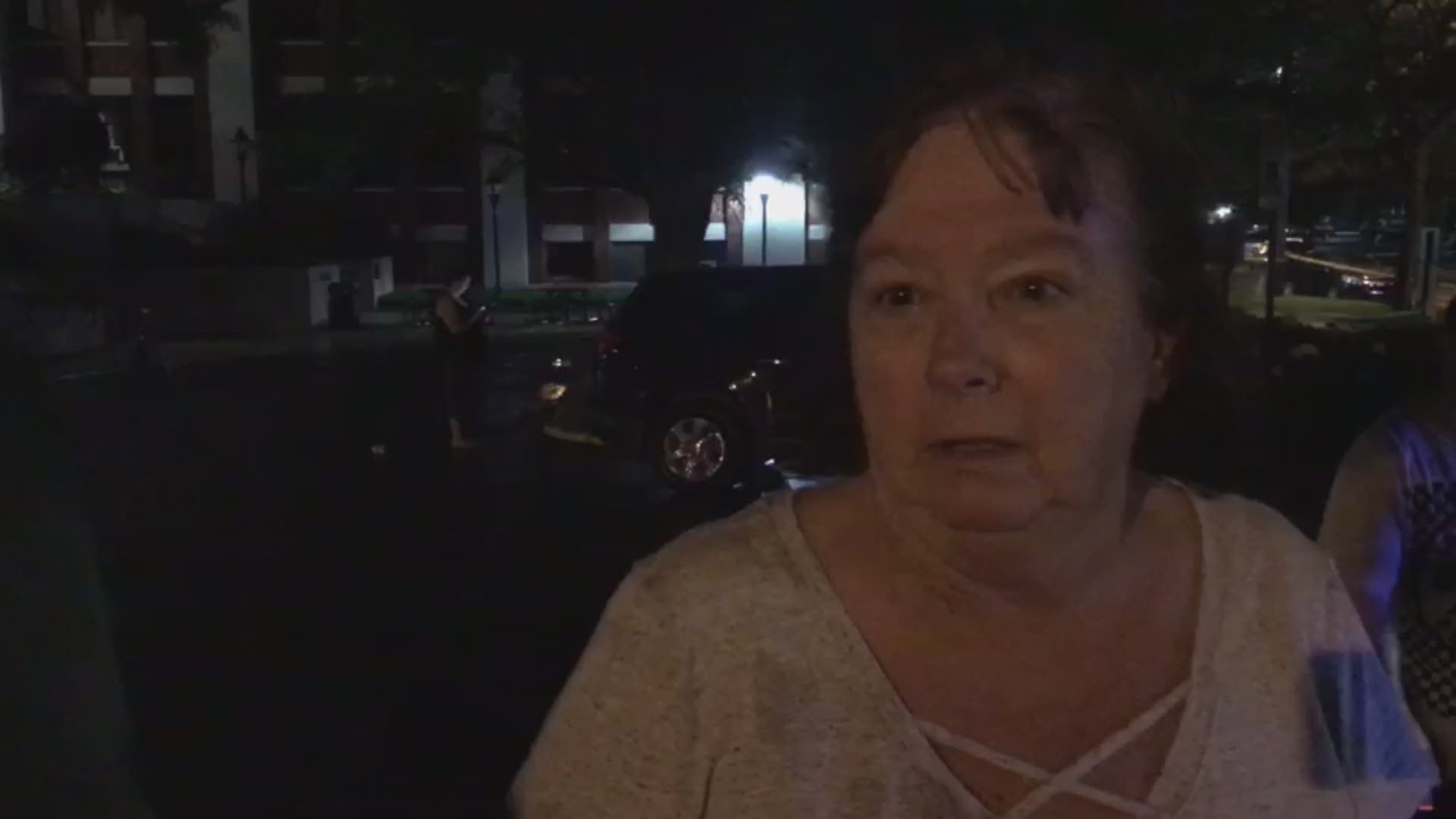 Saturday's two shootings come the heels of a 5-day stretch at the end of June in Grand Rapids where there were 10 shootings. Grand Rapids Police Chief David Kiddle said the firing of weapons is up 57 percent in the city this summer compared to the same time period last year.