County officials estimate they need to make $25 million in improvements in order to update the analog communication system to a digital system. 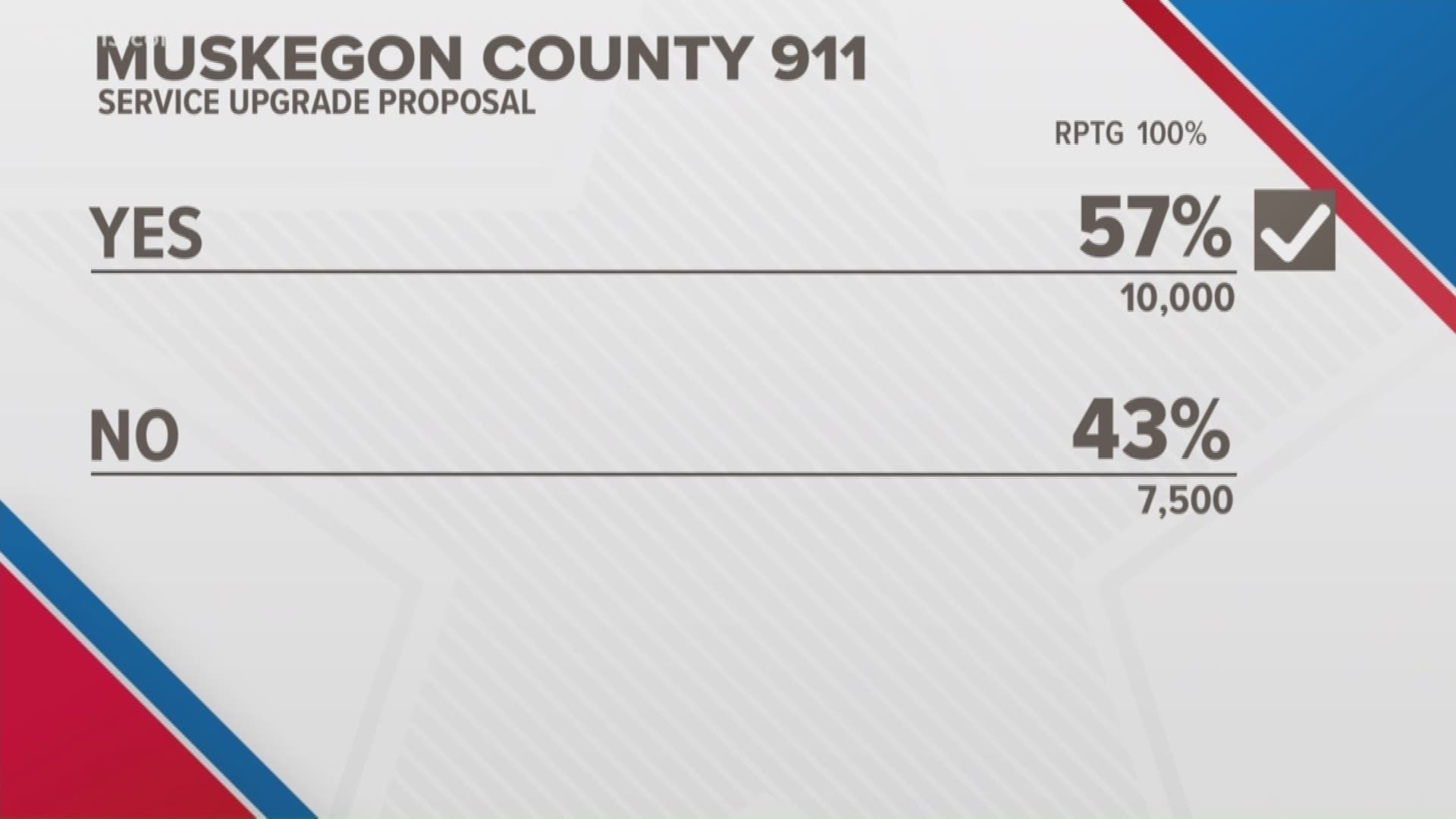 MUSKEGON, Mich. — After being put to voters for a second time, the proposal for 911 surcharge in Muskegon County has been approved.

With over 17,000 ballots cast, nearly 57% of the voters said yes to the proposal in Tuesday's election.

The plan will increase phone bills from 42 cents per phone per month to $2.75 to help fund improvements for emergency communications in the county.

The surcharge will start on July 1, and it will last 13 years.

The money will allow the county’s Central Dispatch to switch from its current analog system to the state's 800 megahertz system. A majority of Michigan's 83 counties have already made the move and all of the counties adjacent to Muskegon County will be on the 800 MHz system by the end of 2019.

The proposal was rejected by voters in November, but the Executive Director of Muskegon Central Dispatch, Shawn Grabinski, said the ballot language was refined and made more precise before putting it to voters again.

County officials estimate they need to make $25 million in improvements in order to update the analog communication system to a digital system.