Red Wolves is a name that has become popular with Washington sports fans on social media and online, as Dan Snyder looks to find a suitable name for his team. 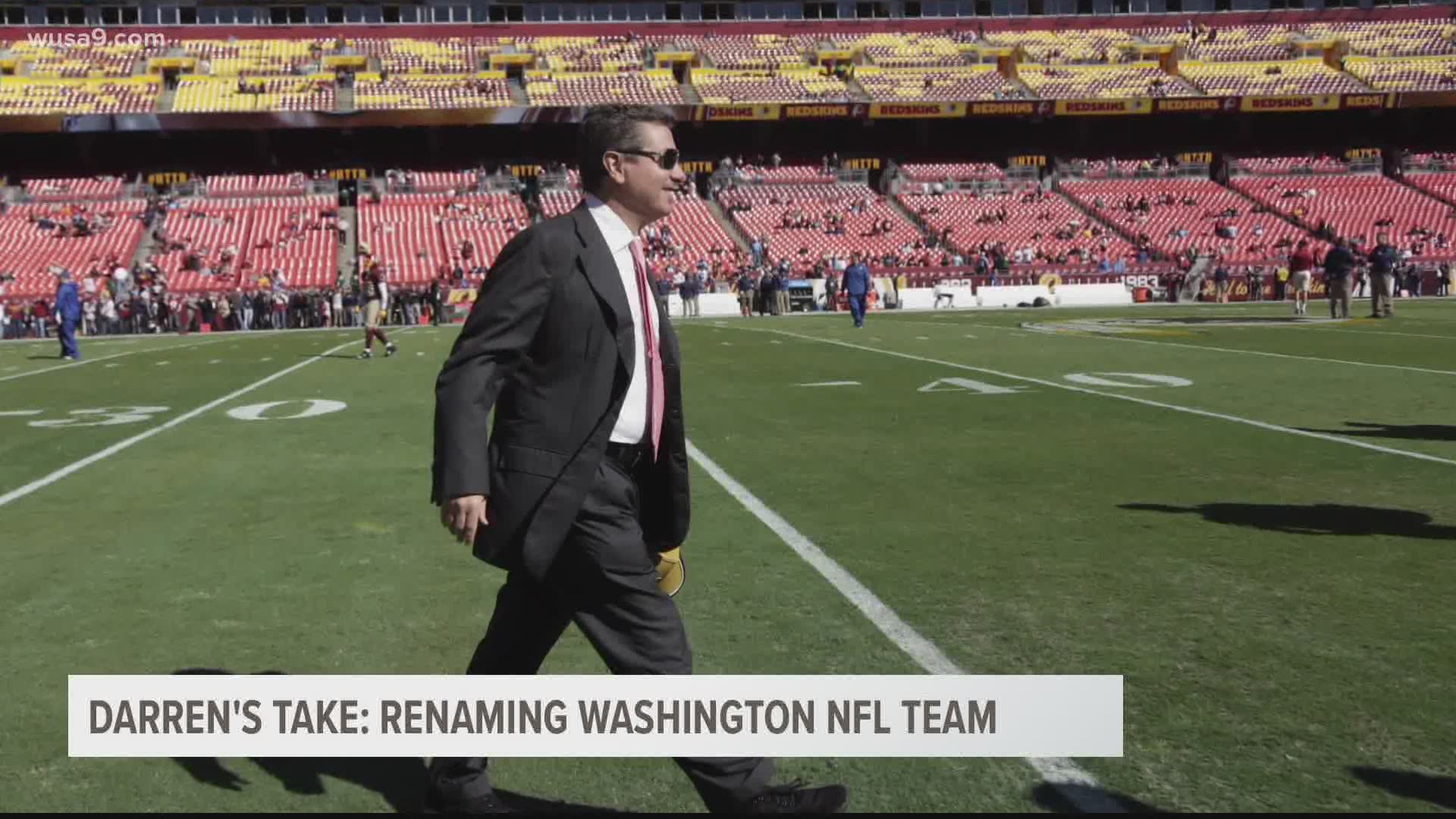 WASHINGTON — Paw Paw High School in Michigan is changing its nickname from the 'Redskins' to the 'Red Wolves' even before Dan Snyder and his franchise have announced a new name for Washington's NFL team.

Red Wolves is a name that has become popular with Washington sports fans on social media and online, as Snyder looks to find a suitable replacement name for his team.

The Paw Paw school board voted 6-1 in June to retire the Redskins nickname by the end of the school year. While Red Wolves had already been selected before Monday, it became official this week.

Superintendent Rick Reo said he believes the district originally chose Redskins to "celebrate the rich ancestry and traditions of Native Americans." But he said times have changed, even if the intent has not.

RELATED: 'What are you going to call us now?' | Player reactions to Washington's nickname and logo change

A 61-year-old Alexandria actuary may very well be sitting on the trademark for the Washington NFL team's future moniker. And yet, he doesn't even want any money for it. He simply wants to see a name change.

Martin McCaulay has been collecting trademarks since 2014, when he first began hearing talks that the team name might change.

"There are four of them that would make good replacement names if the football team wanted to use them," McCaulay said. "So I reached out to them on July 4 with an email subject line 'Free Trademarks' and I said you can have any of these trademarks for free."

He said he has not yet had any contact with the Washington team, and noted that it takes three months after a trademark application before the attorneys at the trademark office will review.

The sportsbook BetOnline has the Redtails (3/1), Generals (4/1) and Presidents (5/1) as the three top name choices to replace Redskins, according to Sports Illustrated's reporting.