"We might not have answers, but we're going to keep on trying," Fakler said. 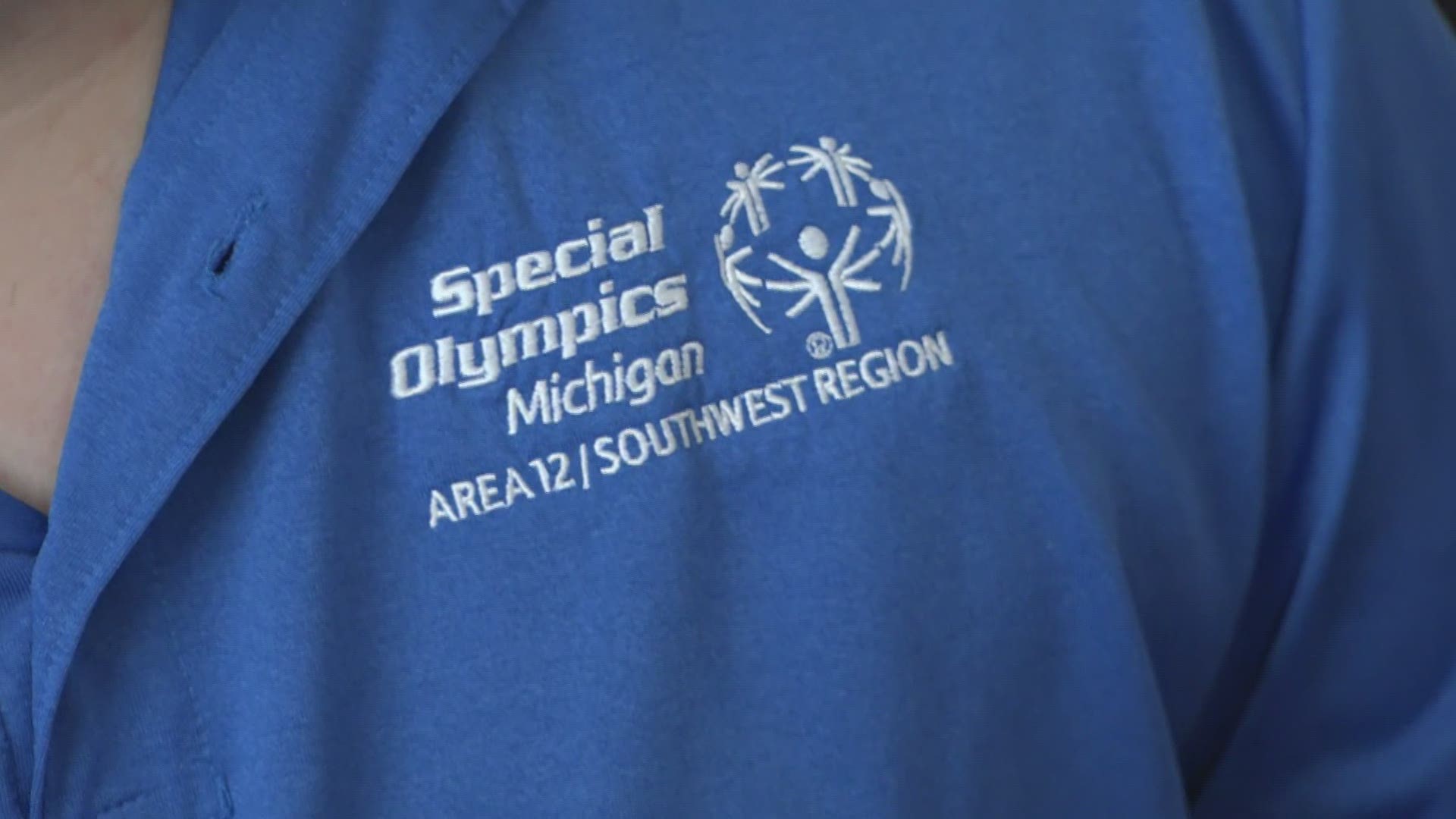 HOLLAND, Mich. — As we head into another spring, still in a pandemic, Special Olympics Michigan athletes and their families are wondering what's next.

Will sports return or will it be another year of cancellations?

31-year-old Eric Fakler has been a Special Olympics athlete for more than two decades.

13 ON YOUR SIDE Lakeshore reporter Keely Lovern asked Fakler if he liked being part of Special Olympics Michigan. His response - a big "yes," and a big smile.

He's part of West Michigan's Area 12 team that serves Muskegon and Ottawa Counties. His favorite sport is bowling, but he's also pretty good when it comes to throwing horseshoes.

COVID-19 cancelled last year's season for all sports after the winter games. It left athletes like Fakler wondering, and hoping that they could return this spring.

But it looks like that won't be the case.

Special Olympics Michigan has not yet made an official announcement about the games this year.

They do have a return to play plan, but each area will decide if and when they're ready.

Nothing is officially canceled, but the organization is taking it day by day to do what is best for the athletes' health and safety.

Eric Fakler said he was sad about the announcement.

His mom, Peggy Fakler, is also disappointed but says she understands there are a lot of factors in place.

"What are the COVID-19 numbers going to be doing? And it's been hard to find coaches that are willing to work with the athletes during these challenging times," Peggy said.

Peggy also explained that for people with cognitive impairments, it can be hard for them to fully understand and grasp why there is no final decision.

"They think in concrete," she said.

Peggy hopes for a return to play not only so Eric gets physical exercise, but also so he can make more priceless memories, like when his volleyball team won silver at State.

"It's those friendships, and the social connection with the other athletes, coaches, and families," Peggy said.

Peggy said, though, if any group of people can get through this process, it's Special Olympic athletes.

"We're resilient," she said. "We might not have the answers but we're going to keep on trying."