Whitmer signed an order Tuesday that renames the state-owned Lewis Cass Building to the Elliott-Larsen Building. 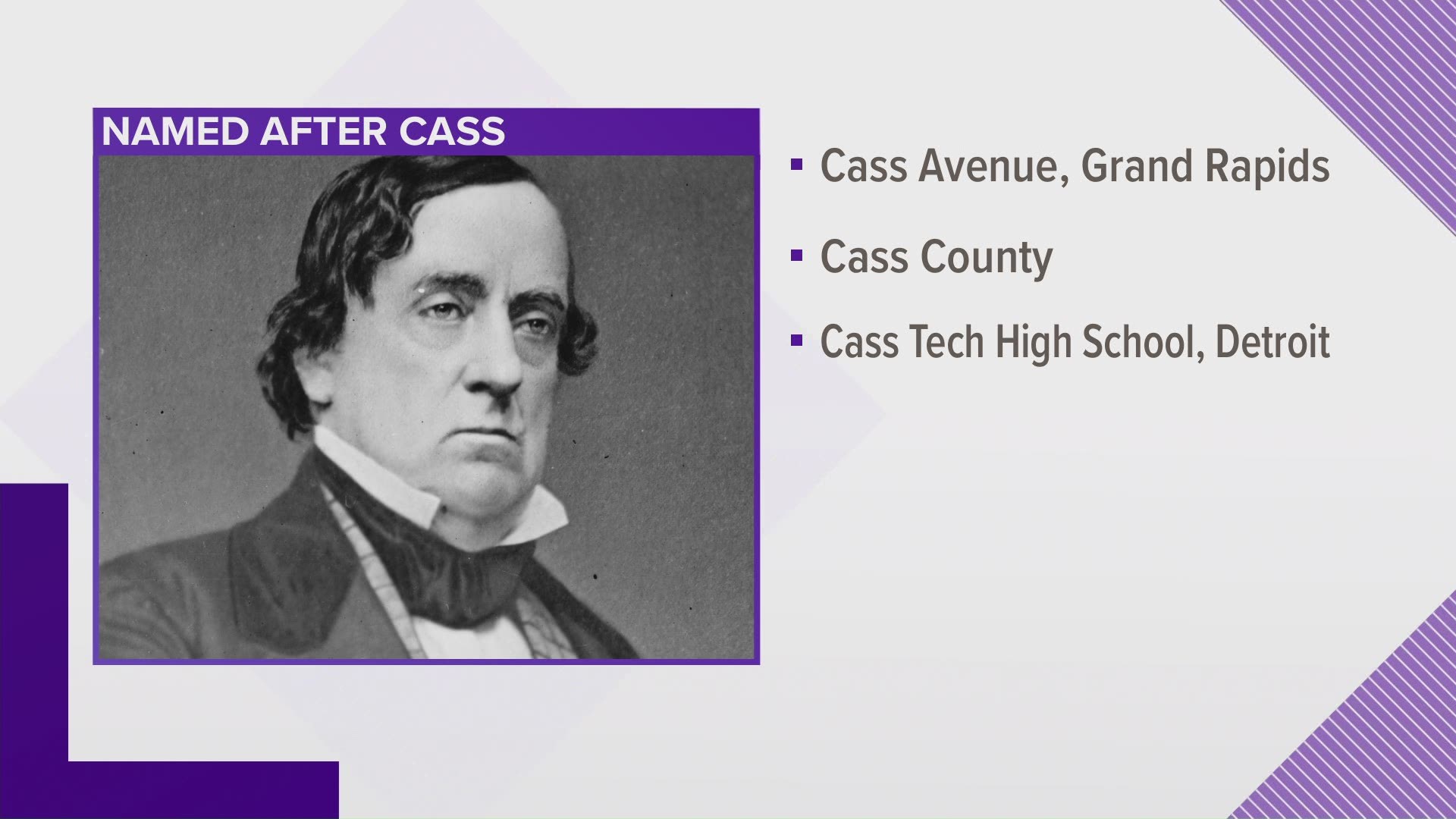 The new name honors the two legislators who sponsored Michigan's civil rights act, Republic State Rep. Melvin Larsen and Democratic State Rep. Daisy Elliott. The legislation was introduced back in 1976 and signed into law by Gov. William Milliken in January of 1977.

A press release about the name change reads,"no one can deny the important role that Lewis Cass played in Michigan's early history. But Governor Whitmer recognizes that the names we elevate express our values: to the workers who enter those halls every day and the public who those workers serve."

The release notes that Cass, who lived from 1782 to 1866, "owned a slave; defended a system that would permit the expansion of slavery; and implemented a policy that forcibly removed Native communities from their tribal lands."

Whitmer said this is a small but meaningful move forward.

The press release says this also marks the first time in Michigan history that a state-owned building is named after a Black woman.

“Together, Melvin Larsen and Daisy Elliott’s names have become synonymous in Michigan with the protection of civil rights,” Gov. Whitmer said. “In 2020, we must honor the work of our predecessors who, 44 years ago, outlined in law the vision of what we continue to strive for even today. We must hold up those who worked to build a better Michigan for us all, regardless of race, religion, national origin, sexual orientation, and gender identity."

The Elliott-Larsen Civil Rights Act declared that the right to be free from discrimination is a civil right and expanded constitutional protections to a broader class of individuals.

Melvin Larsen said he was "humbled" and "thrilled" by the announcement.

“Having the honor of this building named after the two of us is the ultimate honor of the work she began decades ago to guarantee equality and justice for all of Michigan’s people," read a statement from Larsen.

Elliott's family said they were honored and grateful.

“Daisy Elliott and Mel Larson’s landmark legislation has removed barriers to equity, progress, and participation for Michiganders in every part of our state” Lieutenant Governor Garlin Gilchrist said Tuesday. “As we continue the march toward justice and equity in Michigan, naming this building for these leaders sets in stone their names as a reminder to Michigan public servants to choose inclusive ideals over closed-minded ideologies. We can and must build upon the foundation laid by Elliott and Larsen to make our state a home for opportunity for all.”

There is still more work to do," Whitmer continued in a statement. "It’s time for the legislature to expand the Elliott-Larsen Civil Rights Act to protect members of the LGBTQ+ community and make Michigan a state where more people want to move to for opportunity.”

Executive Order 2020-139 is effective immediately, and the Department of Management, Technology and Budget will begin efforts to update the signage of the Elliott-Larsen Building as soon as possible. 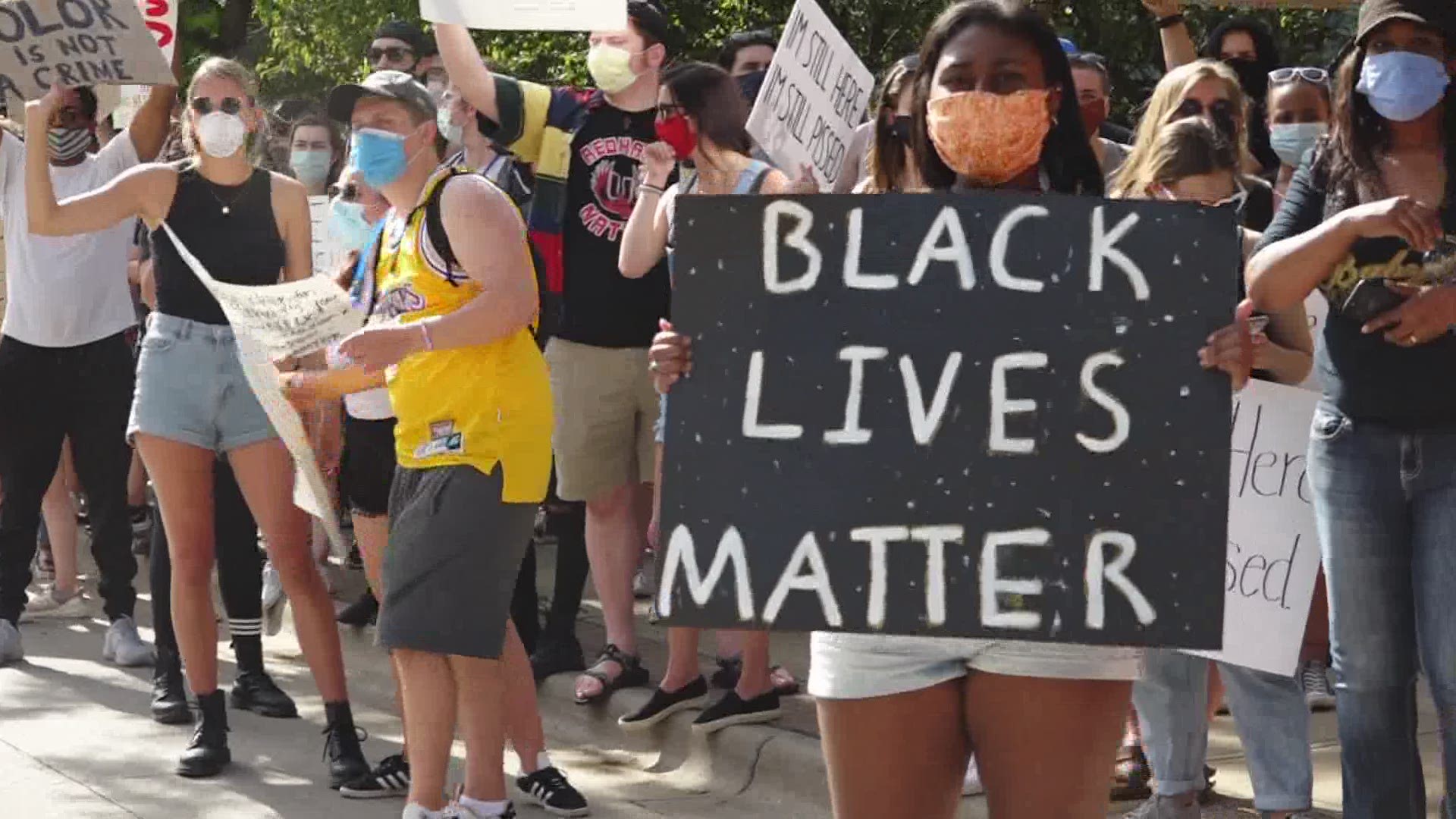