An apartment building on the northeast side of Grand Rapids collapsed because of an apartment fire. 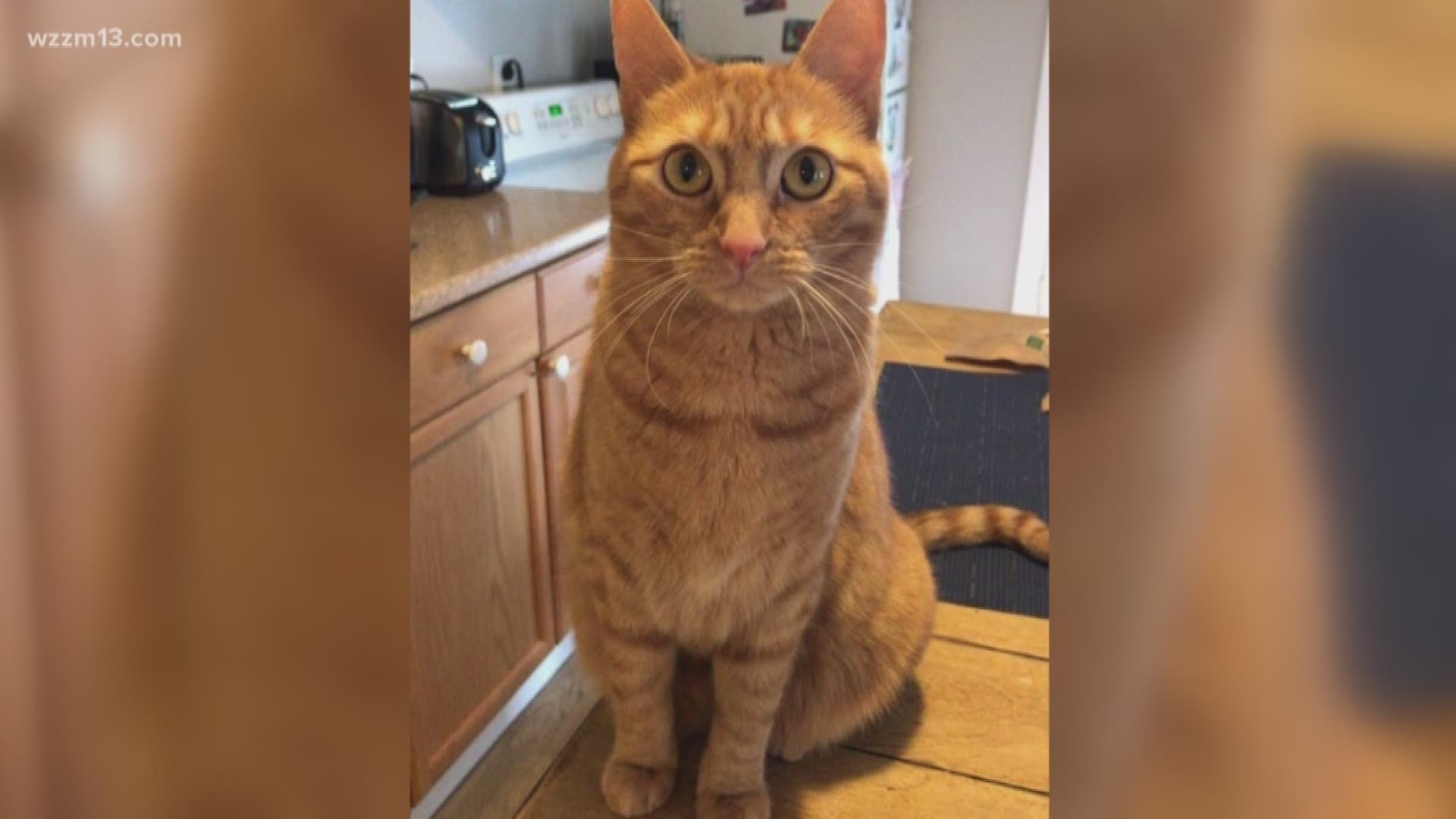 GRAND RAPIDS, Mich. — Ariel Royster was at work Friday night when her neighbor called and told her that their apartment building was on fire.

The building on Emerald Avenue NE in Grand Rapids was engulfed in flames, and more than 30 firefighters responded to the fire around 8 p.m.

When Royster got to the apartment that night, her husky named Jax was outside with her parents but her two cats were missing.

"We couldn't find them last night. It was too hectic," Royster said Saturday.

The Grand Rapids Fire Department said everyone inside was able to get out safely and there were several pets rescued Friday night.

"As soon as I heard other people found their pets, I said 'we got to go out there.'"

Royster went back Saturday morning, and she said the Fire Marshal was there taking pictures. He allowed Royster and a few other tenants to go into the building and collect any surviving personal items. At first she didn't find her cats, but a second look provided some hope.

"My cat Roman was sitting on the refrigerator. She was hiding," said Royster. "She was dry but shaking."

After waiting about 30 minutes, Royster decided to give the apartment one more look. "Well if Roman came back, then maybe the other cat was going to come back," she said.

Royster went back into the apartment for a third time and started calling Bailey's name. She started to hear meowing, and she had to use her flashlight to find the black cat.

"She was hiding on my son's bunk bed underneath a piece of the ceiling," Royster said. "She was actually dry and warm, and she started purring her when I got her."

The roof caved in on the apartment building, and officials have not determined a cause yet. There were no injuries.