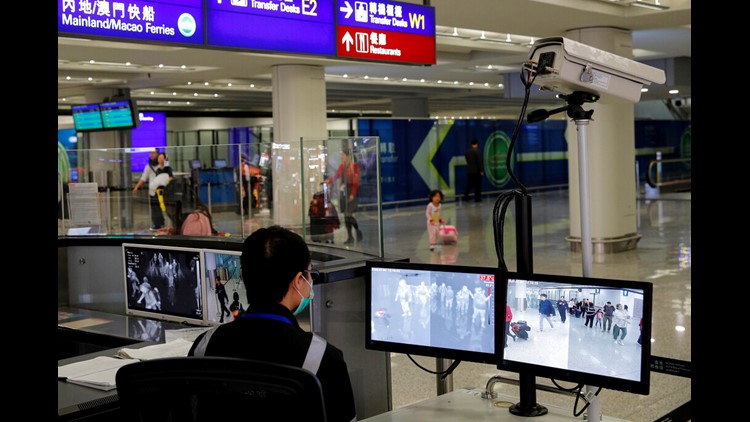 Photo by: AP
FILE - In this Jan. 4, 2020, file photo, a health surveillance officer monitors passengers arriving at the Hong Kong International airport in Hong Kong. A preliminary investigation into viral pneumonia illnesses sickening dozens of people in and around China has identified the possible cause as a new type of coronavirus, state media said Thursday, Jan. 9, 2020. In Hong Kong, 15 patients with symptoms of respiratory illness were being treated as of Sunday. (AP Photo/Andy Wong, File)

The virus behind China's pneumonia outbreak

Scientists have a preliminary suspect in a mysterious viral pneumonia infecting people in the central Chinese city of Wuhan: coronavirus.

Coronaviruses are a large family of viruses that was first identified in humans in the mid-1960s. Some cause the common cold, while others found in animals have evolved into more severe illnesses, such as SARS and MERS.

The outbreak raised the specter of another SARS epidemic, which killed hundreds in 2002 and 2003.

SARS is in the coronavirus family, but Chinese state media say this illness is different. As of Sunday, local authorities reported 59 people with the illness. Seven were in critical condition.