The change won’t affect CBD users who purchase products with zero THC levels present, but it will allow people to buy CBD goods with up to 0.3 percent of THC concentration present. 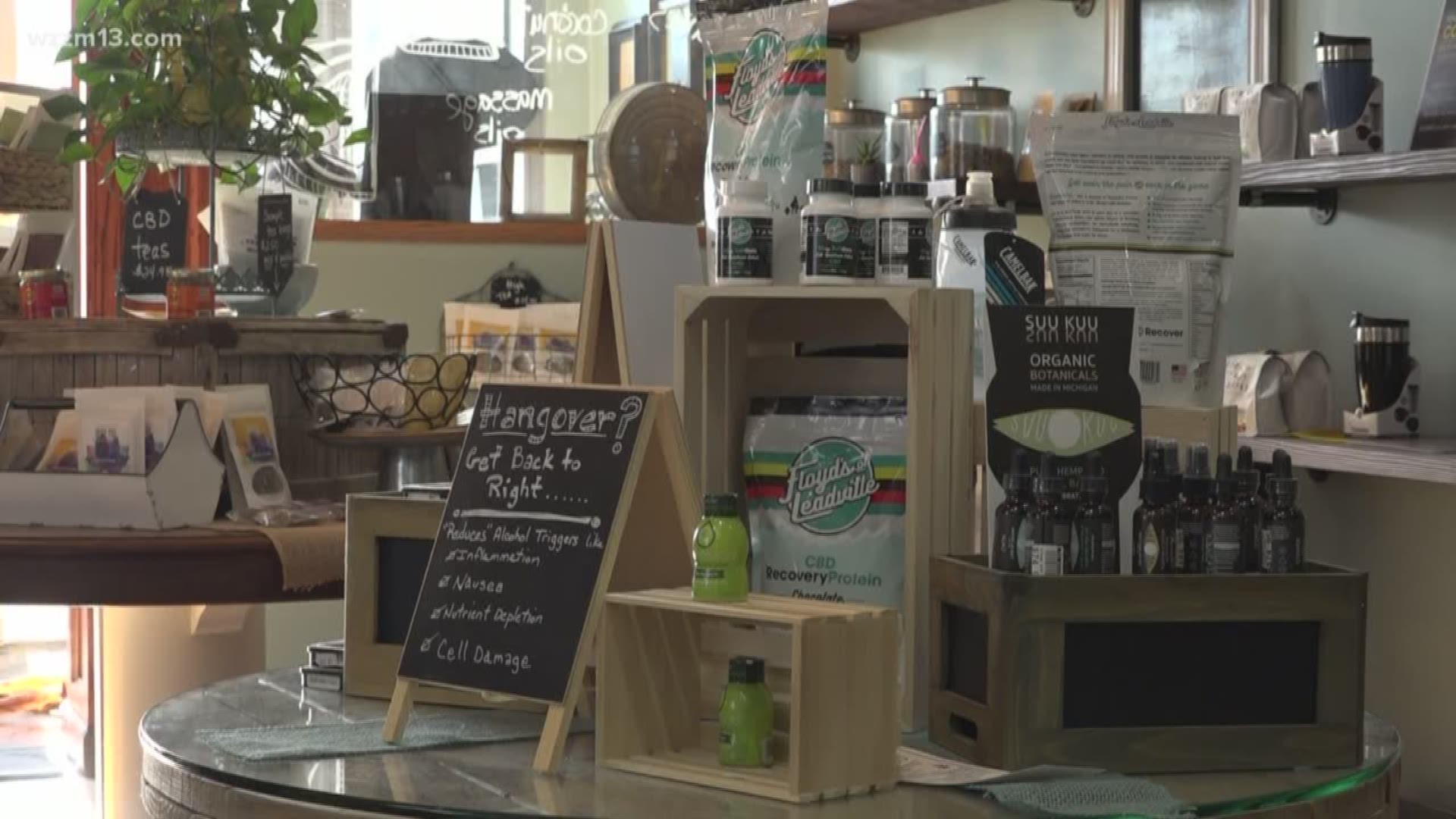 GRAND RAPIDS, Mich. — Michiganders will no longer need a medical marijuana card to purchase CBD products in Michigan. A new law, which will take effect on March 31 has reclassified CBD products as industrial hemp, tearing it away from its marijuana grouping and strict regulations.

Michigan State Representative Steven Johnson first proposed the bill, which was signed late last year. “Our legislation says if it has less than half a percent THC, it is derived from hemp, not marijuana, then it can’t be classified as marijuana,” Johnson said.

Johnson added that he proposed the bill after speaking with his constituents, saying “They didn’t want to go through the same process as if they were using a schedule one drug.”

The change won’t affect CBD users who purchase products with zero THC levels present, but it will allow people to buy CBD goods with up to 0.3 percent of THC concentration present.

Last May, CBD was classified under the marijuana umbrella by the Michigan Department of Licensing and Regulatory Affairs. However, Johnson said he didn’t know why the pairing of the two substances took place, saying “Marijuana has between five and 25 percent THC levels, and then your traditional CBD oils are operating at 0.3 percent, so there’s a very large difference between the two products.”

Per marijuana regulations, CBD users needed a medical card to purchase products containing any traces of THC. While Janet Tombre, owner of The Grassy Knoll, in Grand Rapids experienced a boom in business, she said local CBD shops saw hard times. “In May, I knew several shops who cleared off all of their CBD products, because they were so afraid of being shut down,” Tombre said.

Tombre said The Grassy Knoll enjoyed financial prosperity, because none of it’s products contained THC, making them legal to obtain without a medical marijuana card. However, she said there was some “gray area,” because of it’s marijuana classification, saying "half our phone calls are asking if they need a marijuana card to get into the store."

Johnson agreed, saying “There is a lot of gray area here, and that’s why our legislation helped get rid of all that and just say ‘Hey, it has less than half a percent THC and is derived from hemp. It’s not marijuana.’”

For a full view of the house bill, click here.