The sport can survive just fine if it eliminates fighting 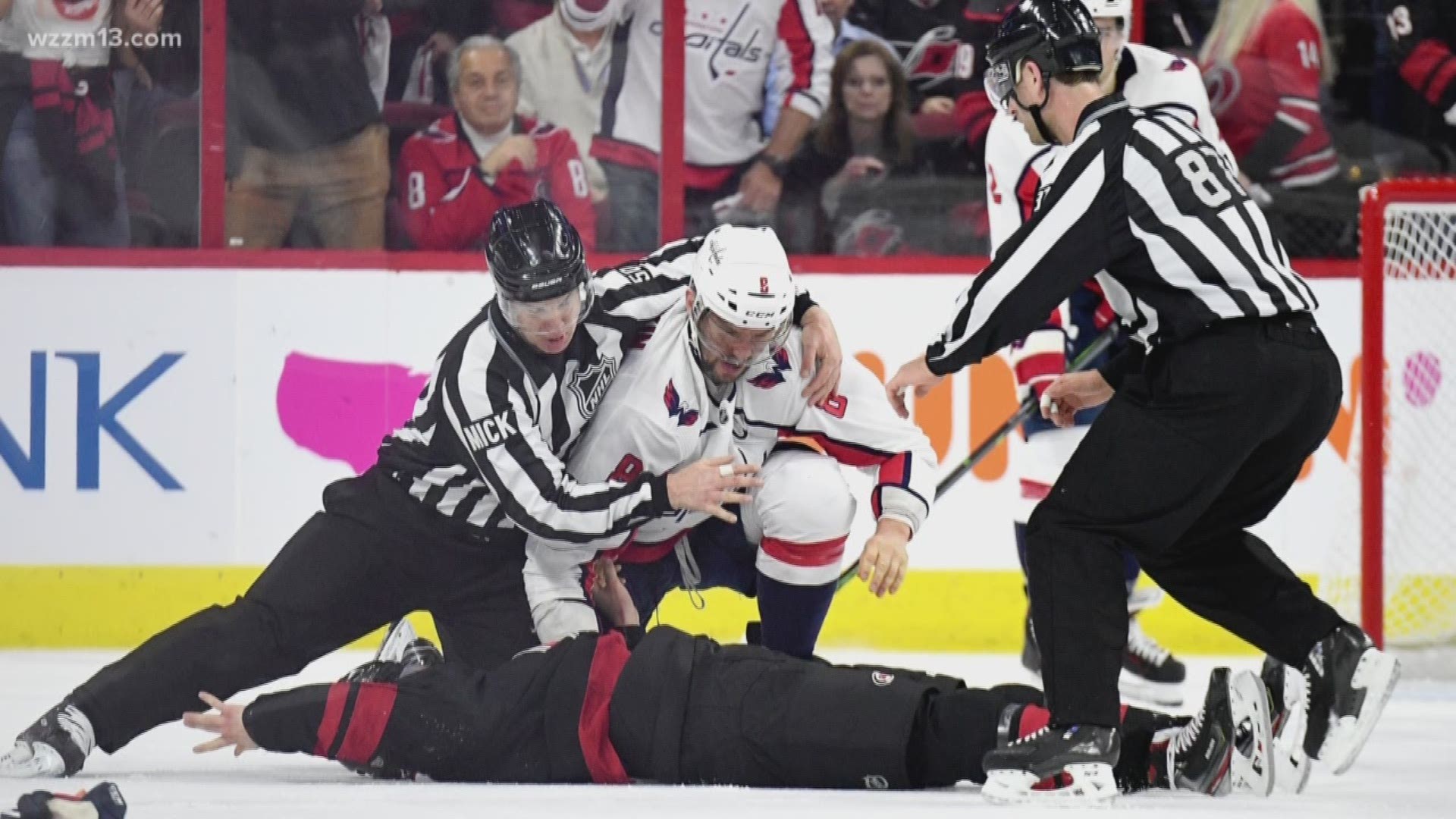 Maybe you haven’t seen it by now. Or perhaps you have. The fight that had the sports world buzzing Monday night. Washington Capitals forward Alexander Ovechkin squared off with former Muskegon Lumberjack Andrei Svechnikov.

It wasn’t much of a fight. Ovechkin only threw five right hands, but it was the fourth one that dropped Svechnikov.

The Caps bench loved it, the fans loved it, and I’m sure Ovechkin loved it.

But why? Why is fighting in hockey still allowed?

Look, I understand tradition. I understand players policing the game and feeling the need to stand up for one another. The Red Wings-Avalanche Brawl on March 26, 1997 is one of my all-time favorite sports memories. Trust me, I get it. But in an era when players are being paid more than ever, why is hockey the only major professional sport that allows it’s players to slug it out mid-game? It doesn’t seem like good business.

Imagine if Ovechkin, one of the best players in the game, and the reigning playoff MVP of the defending Stanley Cup champs, broke his hand or suffered a worse injury because he wanted to fight.

And If you don’t recall, Svechnikov was the 2nd overall pick in the 2018 NHL Entry Draft. He scored 20 goals as a rookie, fourth most on the team and fourth among all NHL rookies. He also had a salary cap number of more than 3.5 million dollars this season. So what sense does it make having the future of your franchise, and one of your highest paid players, duke it out? To prove what? That he’s tough? Come on, soft people don’t play hockey. The NHL is one of the toughest leagues in the world. We know he's tough. Now he’s going to miss game four of this playoff series with a concussion. As Sidney Crosby or former Red Wing forward Johan Franzen will tell you, that’s not always an easy thing to recover from.

We’re currently in a time when just about every sport is trying to figure out a way to make things safer for their players. The NFL has done it by outlawing certain kinds of hits and providing better helmets. In 2014, in an effort to reduce collisions at home plate, Major League Baseball made it against the rules for a catcher to block the plate without the ball. Be it equipment upgrades or rule changes, from the little league level on up, sports are evolving quickly. Except for the NHL.

League commissioner Gary Bettman has repeatedly denied any link between repeated concussions and CTE, but the league reached a $19 million settlement in November 2018 with more than 300 retired players who sued the league and accused it of failing to protect them from head injuries.

Now everybody knows hockey players are tough as nails. Everybody knows
the players care about their safety. We also know that owners want their best players on the ice and we know the players want to play…so how is fighting in hockey still a thing? The sport doesn't need it.

I've heard the argument that fighting is entertaining and brings in viewers and gets the fans out of their seats. But if hockey fans think the sport needs fighting to attract more fans or viewers, then they're admitting that the sport isn't strong enough to survive without it. I don't believe that's true. The game itself is strong enough to carry on just fine without mid-game fights. The game and skill of the players is what keeps people coming back.

It’s time for the entire sport, top to bottom, to just get rid of the fights.