Dametrius Walker was diagnosed with a rare bone cancer this past fall. 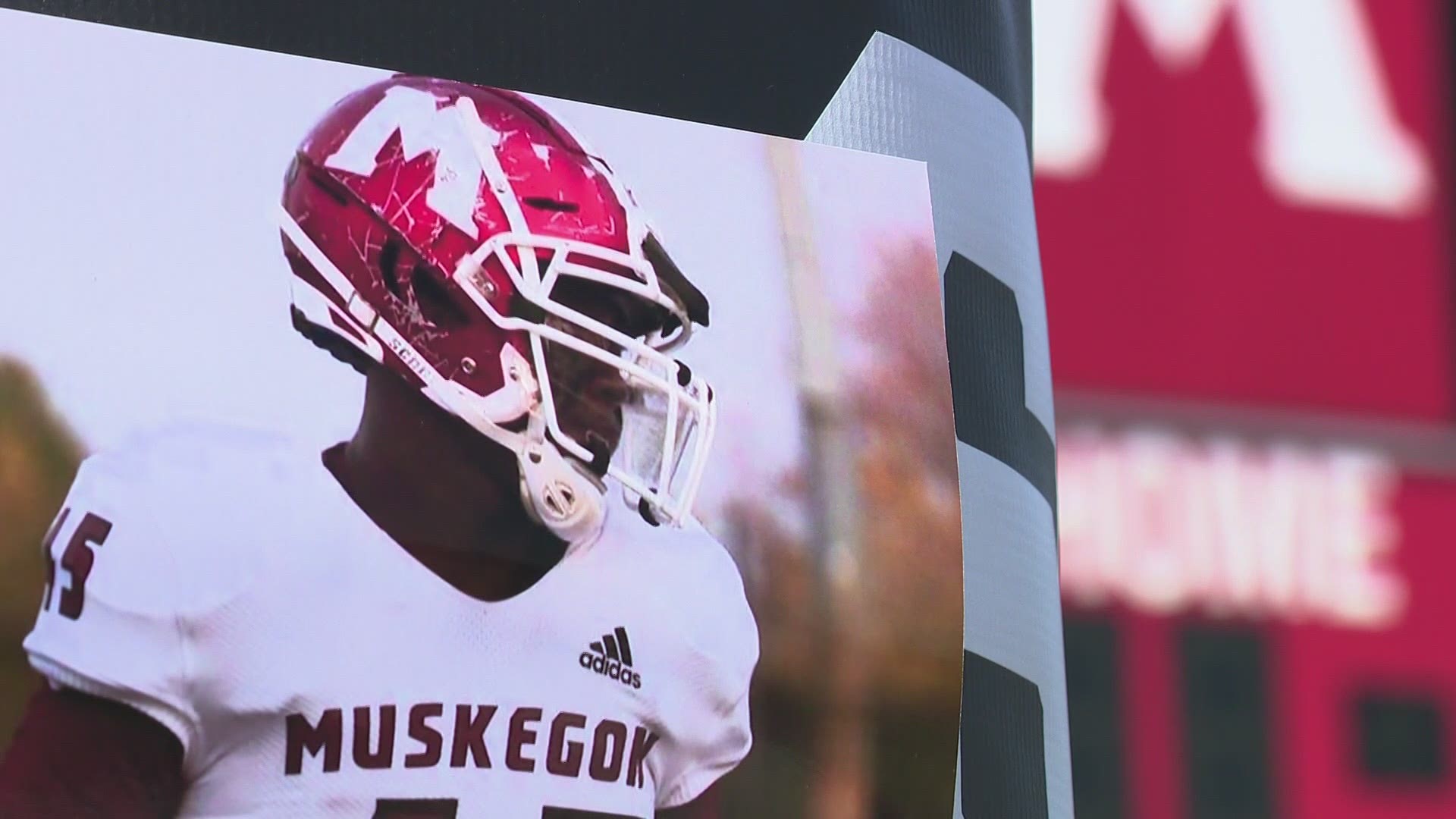 MUSKEGON, Mich. — It could no longer be avoided.

"It took me six months to make the tweet," Dametrius Walker remembers.

It was time everyone knew the truth.

"All the coaches had been blowing me up."

More importantly, it was time, for one of the best high school players in West Michigan to move on with his life.

Whether he was ready or not.

It all began going sideways for the 17-year-old last fall. A few games into his junior season at Muskegon, the three-star tight end started experiencing pain in his left knee. He thought it was a minor injury. It wasn't.

"It was Osteosarcoma," Walker explained. "It's a rare bone cancer."

Walker had offers to play college football from 10 division one schools including Michigan State, Syracuse and Kentucky. Now doctors were telling him football was off the table. Forever.

"Oh my when I found out I was like, 'Oh man, life is about to change.'' Walker said.

Within weeks, he was a regular at Helen DeVos Children's Hospital. Once doctors discovered chemo wouldn't be enough to remove his tumor, Walker was forced to go under the knife .

"We cut out my ACL and my PCL and some other things. We replaced all that with metal. It affected my life so much."

But when Walker began another round of chemo in the spring, his outlook was different. In his mind, the cancer didn’t stand a chance.

"It really made me much stronger than who I was. You have to be very strong to go through chemo and fight cancer."

Ultimately, it took Walker 216 characters to sum up his situation.

His tweet read: "My recruitment with football is over with I got diagnosed with osteosarcoma in my left knee a couple months back which made me get a knee replacement Thank you college coach’s for all your support for believing in me!"

Upon hitting send, Walker admits there was sadness. Surprisingly though, there was also peace. He’s finished playing football but by no means is he finishing living.

"I'm very happy right now. Chemo treatment is almost over. Still got my life. I'm excited as I ever can be."