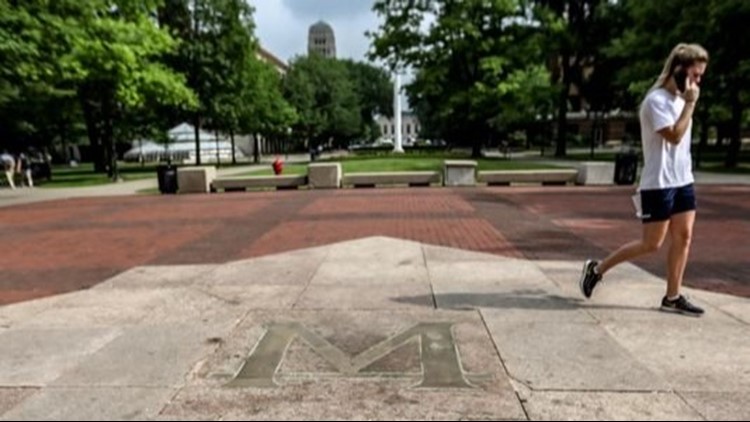 'MSU' spray-painted on University of Michigan landmark ahead of game

The Diag, a University of Michigan landmark, has been vandalized ahead of Saturday's annual football game between the rival universities.

According to a U-M police spokesperson, police responded to the scene at around 3 a.m. Sunday to find that the letters "MSU" had been spray-painted on the bronze block "M" at the center of the quad.

The vandalism of the block "M" on the Diag – and the vengeful tagging of the "Sparty" statue at MSU by U-M students – is part of a long tradition in the week leading up to the annual Wolverines-Spartans football game.

The two teams play at noon Saturday at Spartan Stadium in East Lansing.

In previous years, students have gathered to protect the Diag.

On Saturday, after the Spartans triumphed over Top-10 Penn State, students set couches and mattresses on fire in Cedar Village.

MSU police were not immediately available to answer questions about whether they were taking extra precautions ahead of Saturday's game.