Dantonio says he plans to return as Michigan State coach

Dantonio said "yes" when asked if he planned to be the coach for next season's opener against Northwestern. 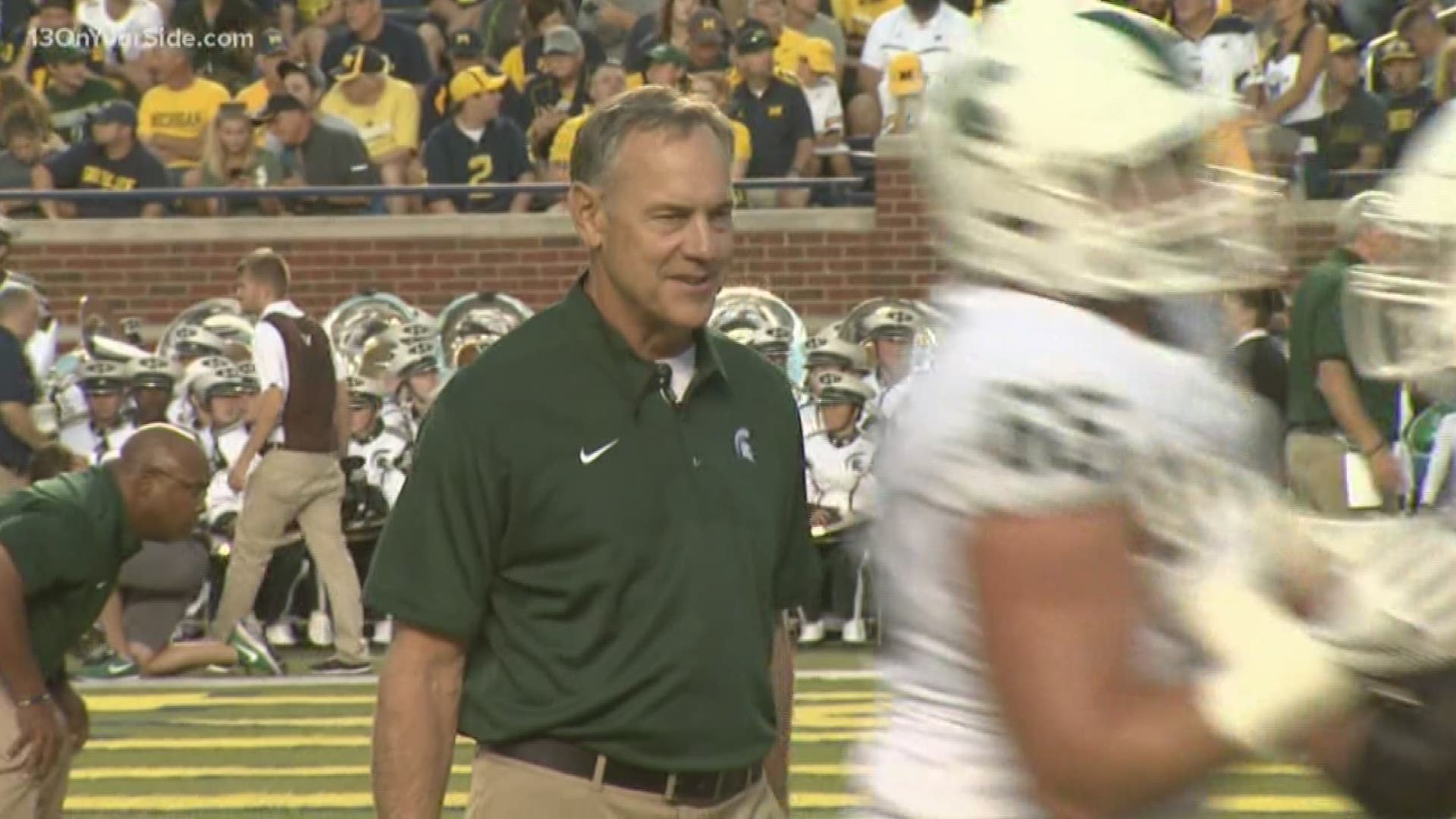 EAST LANSING, Mich. (AP) — Mark Dantonio made his clearest statement yet about his future, saying he intends to be Michigan State’s coach next season.

Dantonio had been vague recently when the topic had come up, but Tuesday he quickly said “yes” when asked if he planned to be the coach for next season’s opener against Northwestern.

“I can’t predict the future, but my intentions are to be the head football coach here,” Dantonio said. “I’ve always said I live in the present, though. I’ve always said that.”

He has talked a lot lately about living in the present, and comments like that left Dantonio’s future uncertain, but he seemed committed Tuesday to staying with the Spartans beyond 2019. Michigan State is coming off a 44-10 loss to Michigan last weekend and needs wins over Rutgers and Maryland to secure bowl eligibility. The Spartans have lost five games in a row.

Athletic director Bill Beekman told the Lansing State Journal recently there had been no discussion of firing Dantonio, so the focus has been on the 63-year-old coach’s own wishes, and whether he wanted to return.

“My father always taught me to complete circles, complete the circle,” Dantonio said Tuesday. “So that’s what I’m trying to do.”

Dantonio said Michigan State aspires to win the Big Ten title, something that’s happened three times during his tenure. The most recent championship was in 2015, though, and the Spartans are 15-19 in conference play since then.

Quarterback Brian Lewerke is a senior, and Michigan State could face a bit of a rebuilding project next season. The Spartans reached the College Football Playoff in 2015, so this is a place where a coach can win big, but it’s not clear how attractive the job would be if Dantonio departed now. Beekman had little experience running a major athletic department before he was hired as the AD last year, and the Larry Nassar sex abuse scandal still hangs over the school.

Another Big Ten championship would be a welcome accomplishment in the late stage of Dantonio’s career, but the more immediate concern is whether the program can be among the best in the the conference again.

Last offseason, Dantonio shuffled his offensive coaches, putting them in different roles but declining to make any major new hires. There might be a bigger overhaul now. Dantonio indicated that he still needs to evaluate all that.

Dantonio was asked what he meant when he said he’ll try to complete the circle.

“It means when you start something, you want to finish it. That’s what it’s meant to me and my family. That’s sort of the direction that we’ve always tried to go,” Dantonio said. “That means it’s not quitting in the middle of something when you don’t think something’s finished. So I don’t think I’m finished.”

Dantonio said he got home Monday after a long day of work and noticed a reminder of better times, several years ago. 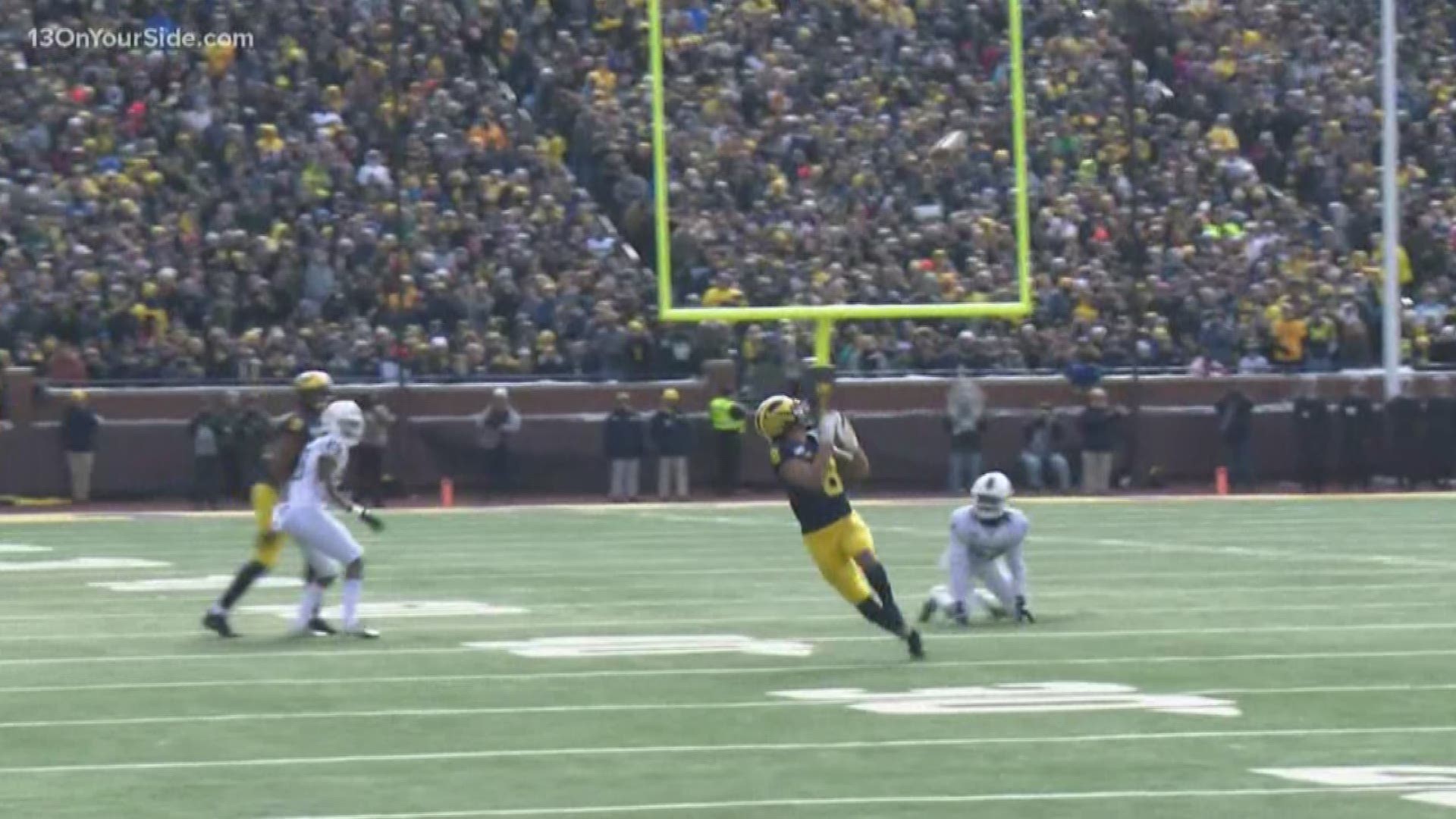