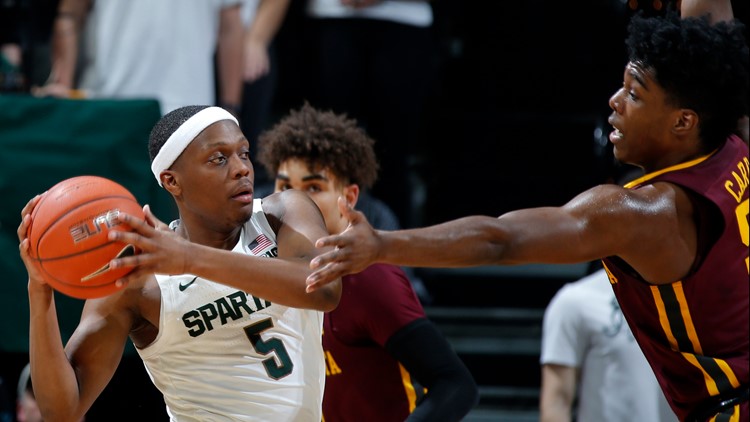 Winston leads No. 8 Michigan St to 74-58 win over Minnesota

EAST LANSING, Mich. — Cassius Winston scored 18 of his 27 points in the second half to lead No. 8 Michigan State to a 74-58 win over Minnesota.

The Spartans led by just four points at halftime before pulling away for their eighth straight win Thursday night. They stayed atop the Big Ten standings as the only team without a conference loss.

The Golden Gophers were very competitive in the first half, which had five lead changes and five ties. Minnesota's Daniel Oturu had 22 points.