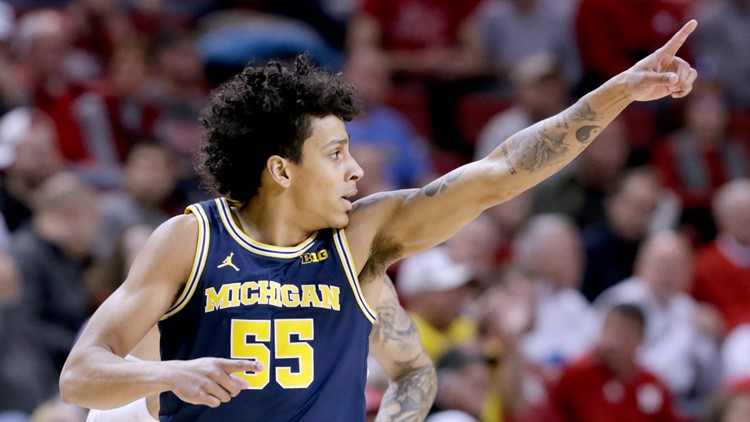 Photo by: AP
Michigan's Eli Brooks (55) celebrates after scoring a three-point shot during the first half of an NCAA college basketball game against Nebraska in Lincoln, Neb., Tuesday, Jan. 28, 2020. (AP Photo/Nati Harnik)

LINCOLN, Neb. — Eli Brooks scored 20 points, Franz Wagner added 18 and and short-handed Michigan pulled away in the middle of the second half for a 79-68 win over Nebraska.

The Wolverines ended a four-game losing streak, their longest since 2014-15, and won on the road for the first time this season.

They did it without two starters.

Senior captain and national assists leader Zavier Simpson was suspended for violating team rules and Isaiah Livers is out indefinitely after aggravating a groin injury against Illinois.

Cam Mack made a season-high five 3-pointers and led the Huskers with 19 points, nine assists and seven rebounds.