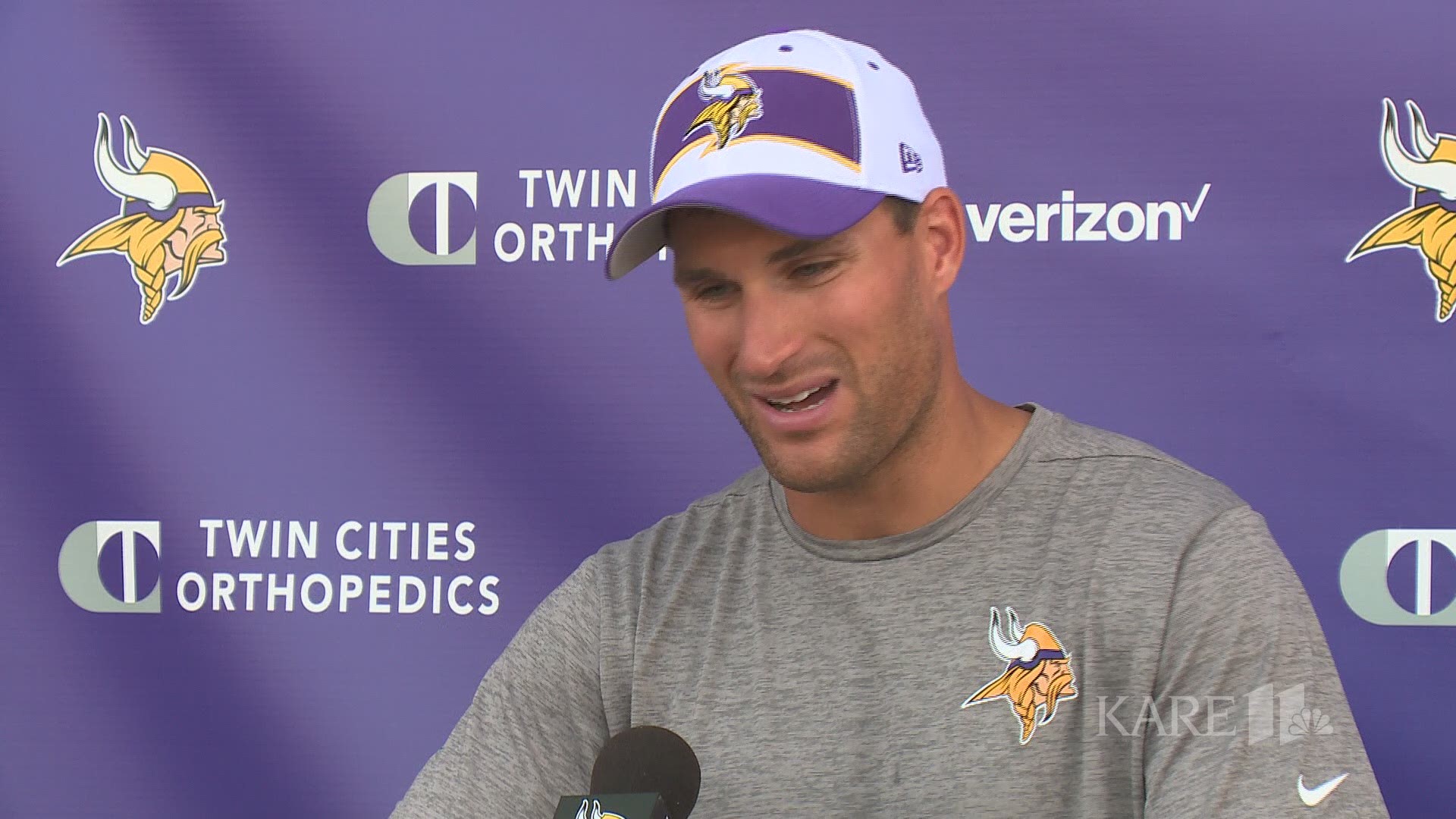 The 30-year-old joined the team’s rookies when camp opened on Monday. Cousins wanted to take advantage of the opportunity to develop a rapport with his new teammates, as well as continuing to learn the offensive system. While training camp is a great time to show improvement, Cousins knows he will be judged on his performance when the season begins.

“Ultimately I and we are going to be evaluated on things far from training camp,” said Cousins. “It’s going to come down to those 16 regular season games and beyond that. Unfortunately, you grind in training camp, get to Labor Day weekend, you look around and are like all that work, and I have nothing to show for it yet.”

Cousins also spoke about the relationship with his coaches, how impressed he is with rookie center Garrett Bradbury and why he reached out to several teammates to work out in the offseason.