Cousins completed 22 of 27 for a season-high 306 yards and had touchdown passes of 15 and 9 yards to Thielen. 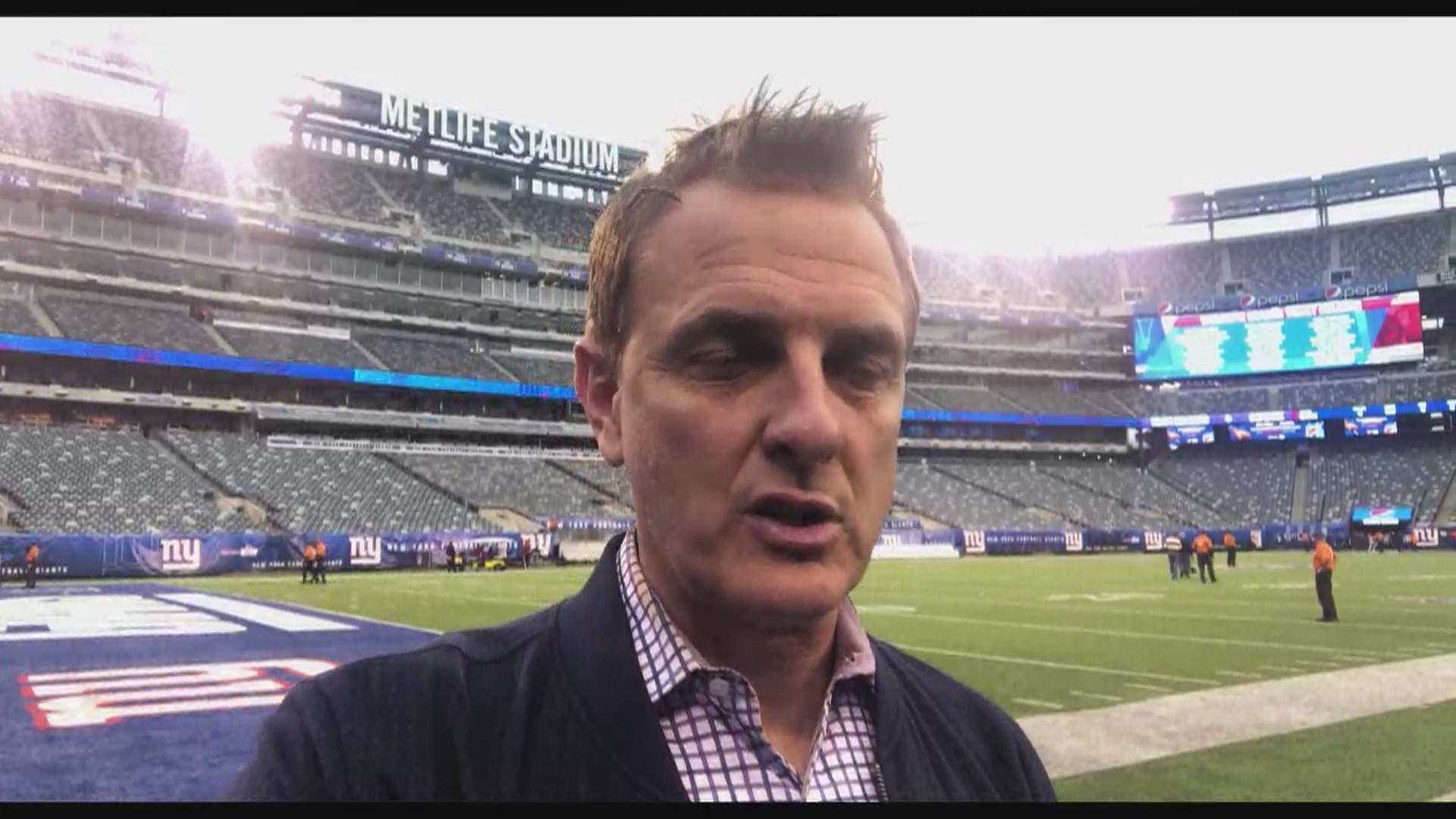 EAST RUTHERFORD, N.J. — Kirk Cousins threw two touchdowns to Adam Thielen, Dalvin Cook ran for 132 yards and the Minnesota Vikings made life miserable for Daniel Jones and the New York Giants in every way possible in a 28-10 victory Sunday.

The win came just a week after the Vikings (3-2) did little in a 16-6 loss to the Chicago Bears and Thielen insisted the team had to stop being one dimensional on offense, relying solely on the run.

And that's exactly what Minnesota did. It hit the Giants (2-3) with a bit of everything — pass, run and the defense — in ending the two-game winning streak Jones engineered since replacing Eli Manning at quarterback. The Vikings gained 490 yards on offense and took a knee inside the New York 5 to end the game.

The Vikings defense limited New York to 211 yards, sacked Jones four times and hit him countless other times. The Defense also chipped in with a safety when linebacker Anthony Barr tackled Jon Hilliman in the end zone after New York recovered Cook's fumble at the 1.

Cousins completed 22 of 27 for a season-high 306 yards and had touchdown passes of 15 and 9 yards to Thielen. The receiver, who complained after a two-catch, 6-yard game against Chicago, finished with seven catches for 130 yards.

The 15-yard, second-quarter touchdown pass capped a 98-yard drive and gave Minnesota a 10-0 lead. The shorter toss ended a 67-yard drive after New York got to 18-10 in the third quarter.

Dan Bailey hit field goals of 31, 48, 32 and 45 yards for Minnesota, which scored on four of its six possessions in the first half. The fifth ended in a fumble inside the 5-yard line and the sixth on a last play Hail Mary.

Jones finished 21 of 38 for 182 yards and an interception. He threw a 35-yard yard touchdown pass in the second quarter to fellow rookie Darius Slayton, getting New York to 10-7. It capped a drive that rookie Corey Ballentine started with a 52-yard kickoff return.

Bailey added two field goals after Jones' TD pass and Barr got his safety, pushing the lead to 18-7.

Aldrick Rosas pulled the Giants to 18-10 with 32-yard field goal that capped a 15-play drive that opened the second half, but Cousins and Thielen connected again as the Vikings ended a five-game skid in outdoor stadiums.

The Giants came into the game thin at linebacker. Rookie starter Ryan Connelly was lost for the season last week with a knee injury. Fellow inside linebackers Alex Ogletree (hamstring) and Tae Davis (concussion) missed their second straight games and outside linebacker Lorenzo Carter was not active because of a neck injury. Rookie Oshane Ximines started for Carter. David Mayo replaced Ogletree for the second week. Nate Stupar started for Connelly.

Giants: at New England to face Patriots on Thursday night.