Sanders received 85% of the vote, beating Tony Dorsett in the championship round.

Credit: AP
FILE - In this Saturday, Oct. 22, 1988, file photo, Oklahoma State tailback Barry Sanders (21) cuts past Missouri defender Ron Waiters (30) for a short gain during the first quarter of a college football game in Stillwater, Okla. Sanders set numerous NCAA records for Oklahoma State that season, and many of those marks still stand _ among them, his 2,628 yards rushing, 238.9 yards rushing per game and 37 rushing touchdowns. (AP Photo/David Longstreath, File)
Author: 13 ON YOUR SIDE Staff
Published: 12:43 PM EST November 5, 2019

Sanders, who played at Oklahoma State, received 85% of the vote to beat Pittsburgh great Tony Dorsett in the head-to-head championship meeting.

In the other matchups, Sanders never had less than 72% of the vote, beating the likes of Mike Singletary, Dave Rimington, Keith Jackson, Bo Jackson, Herschel Walker and Charles Woodson.

USA Today said more than 30,000 votes had been cast in the weekly matchups, which started on Aug. 31.

In his pro career with the Lions, Sanders won one MVP award, was a 10-time Pro Bowl selection and six-time All-Pro selection. He retired after the 1998 season just 1,457 yards shy of breaking the NFL's all-time rushing record.

Sanders was elected to the Pro Football Hall of Fame in 2004. 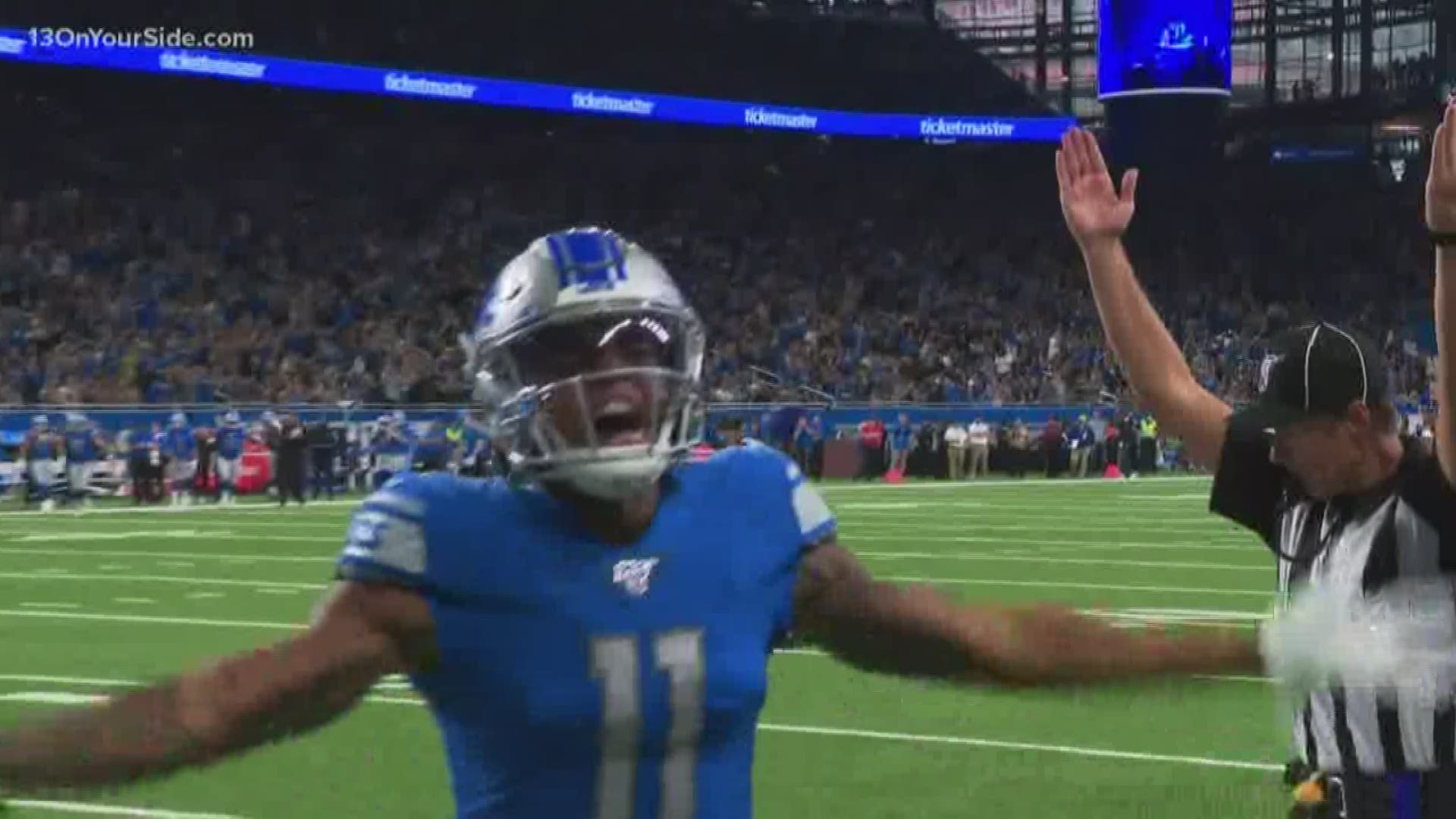