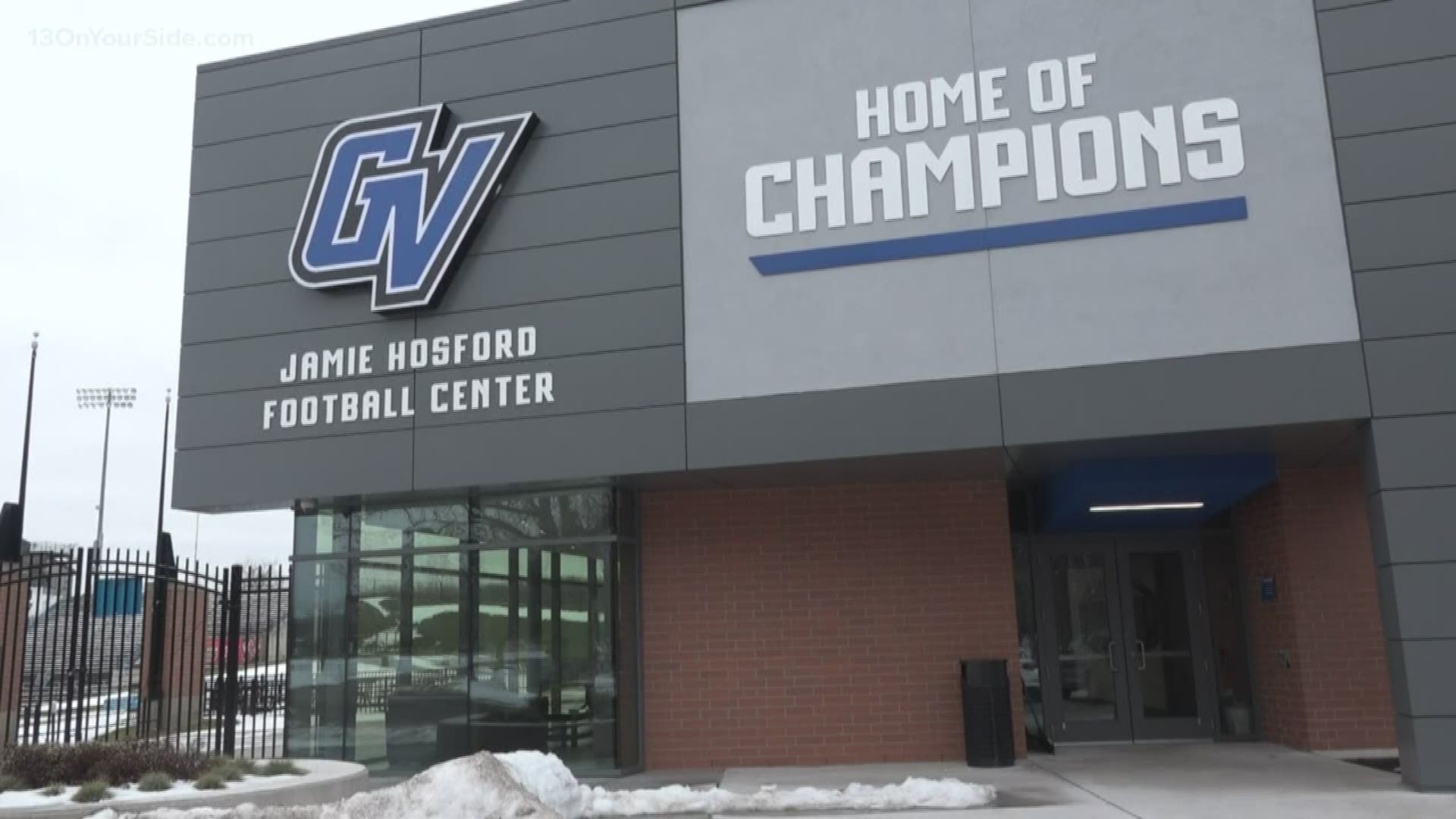 GRAND RAPIDS, Mich. — The Grand Valley State University coach who resigned from his newly appointed position after comments about Adolf Hitler in an interview with the university's newspaper will receive $90,000 in a negotiated contract settlement.

Morris Berger was the GVSU offensive coordinator for the football team. He will receive a lump sum of $80,000 and another $10,000 in lost benefits as part of an agreement to resign from the position, according to a University Communications spokesperson. He will get the money no later than Feb. 15.

The spokesperson said No tuition or state appropriation money was used in the settlement.

Berger also agreed to waive any and all complaints and causes of action against the university. According to the spokesperson Tuesday, Berger's hiring wasn't even approved by the university's board of trustees yet.

Berger was hired on Jan. 20 and resigned on Jan. 30 following national backlash for a comment during an interview with the sports editor of the Lanthorn.

The interviewer, Kellen Voss, asked him: "If you could have dinner with three historical figures, living or dead, who would they be? And I’m ruling out football figures."

"This is probably not going to get a good review, but I’m going to say Adolf Hitler," Berger said in the interview. "It was obviously very sad and he had bad motives, but the way he was able to lead was second-to-none. How he rallied a group and a following, I want to know how he did that. Bad intentions of course, but you can’t deny he wasn’t a great leader."

RELATED: GVSU football coach suspended after he said he'd like to have dinner with Hitler

Berger apologized for the remark when his resignation was announced days later.

“Over the last 11 years I have taken great pride in the responsibility and privilege of being a teacher, coach, mentor, and a valued member of the community," Berger said statement following his resignation. "I was excited and proud to be at Grand Valley, and am disappointed that I will not get the opportunity to help these players in 2020. However, I do not want to be a distraction to these kids, this great university, or Coach Mitchell as they begin preparations for the upcoming season."

He called the comment "insensitive" in an open letter posted to social media in the days following the controversy.

GVSU said the resignation was mutually agreed upon, but Berger sent 13 ON YOUR SIDE an email saying he was forced into the move. GVSU has not announced who will replace Berger in the offensive coordinator position. 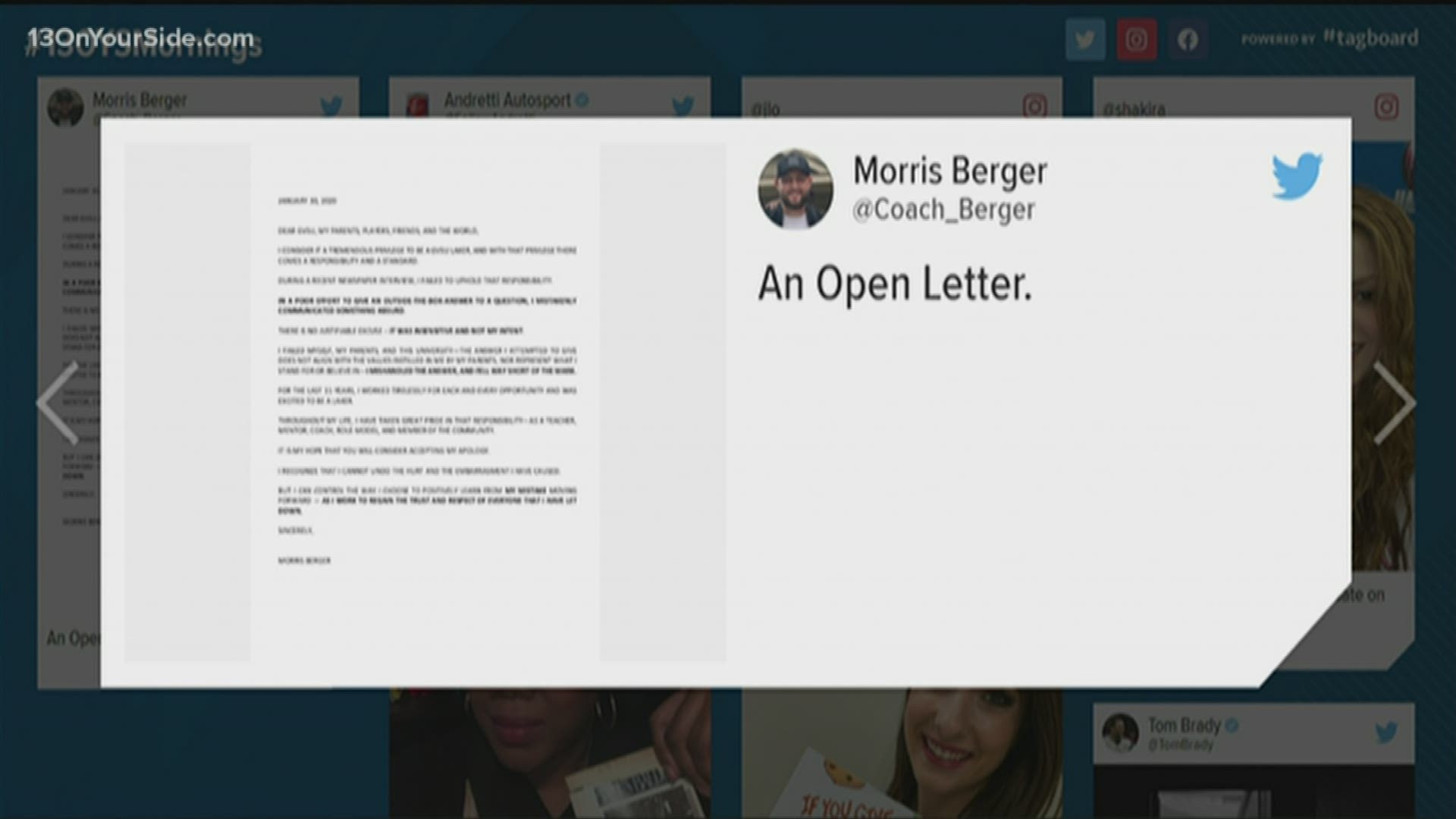