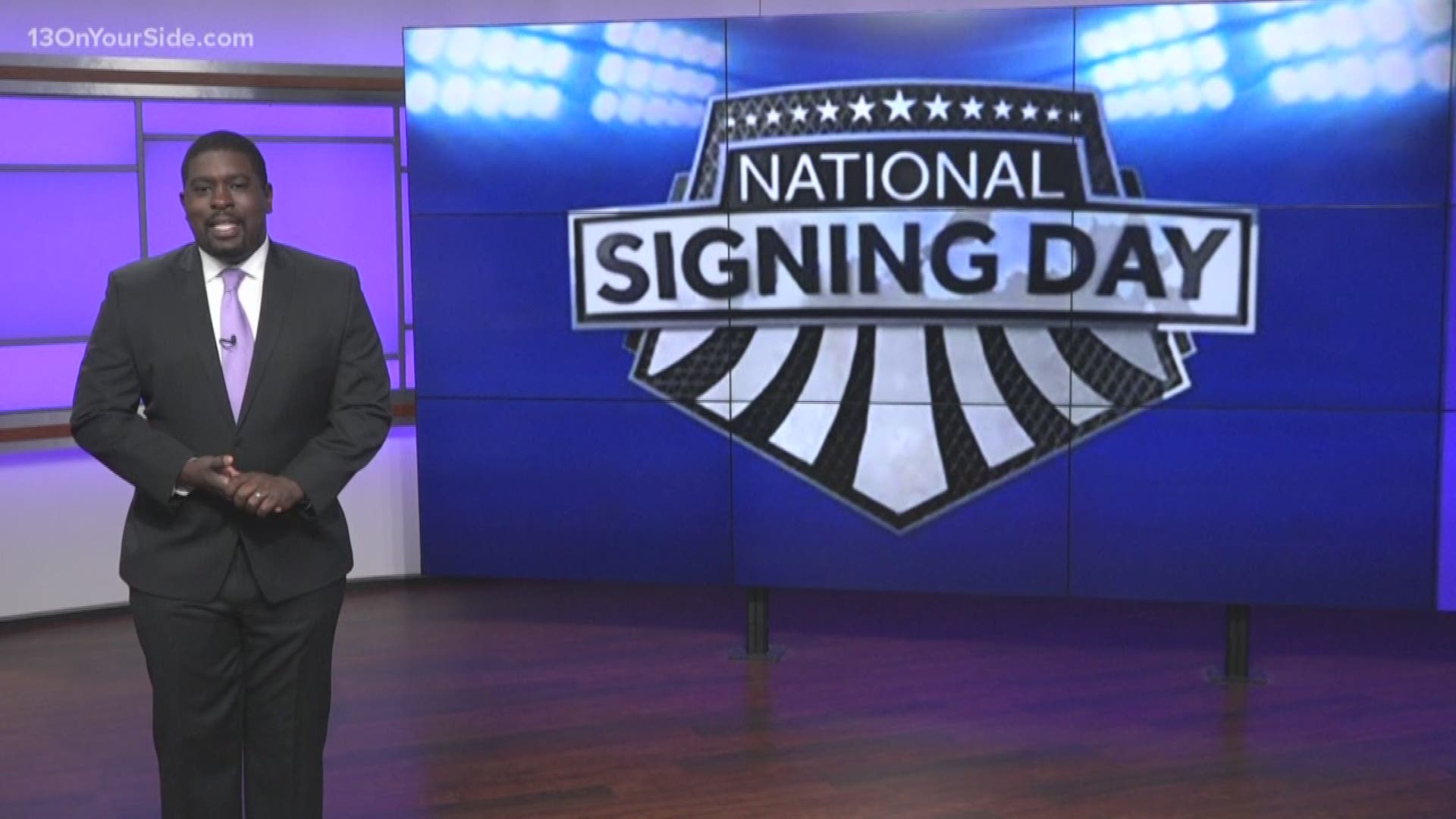 Brenner officially signed on early signing day on Dec. 18, 2019, but he said he's been dreaming about the day closely watched by high school and college football fans for years.

"I've actually had national signing day as a reminder [in the notes of my phone] since the eighth grade. It's been a dream of mine to play college football and it's really exciting to see these dreams come true," Brenner said.

The crown jewel of the West Michigan 2020 football class in a neighboring conference, Cameron Martinez, also said Wednesday was a dream come true.

"I'm officially a Buckeye. So now the next journey is about to start. I'm just getting ready for it and I'm grateful. It's all been a blessing," Martinez said.

Martinez's original commitment to the school wavered around the early signing period, but a recent meeting with the new Buckeye's defensive coordinator Kerry Coombs helped him make up his mind.

He said he's happy the recruiting phase is over. He received offers from nearly every school in the Big Ten, including longtime OSU rival and home-state school, the University of Michigan. He also received an offer from Michigan State University. In total, 27 schools offered him a spot on their football teams. 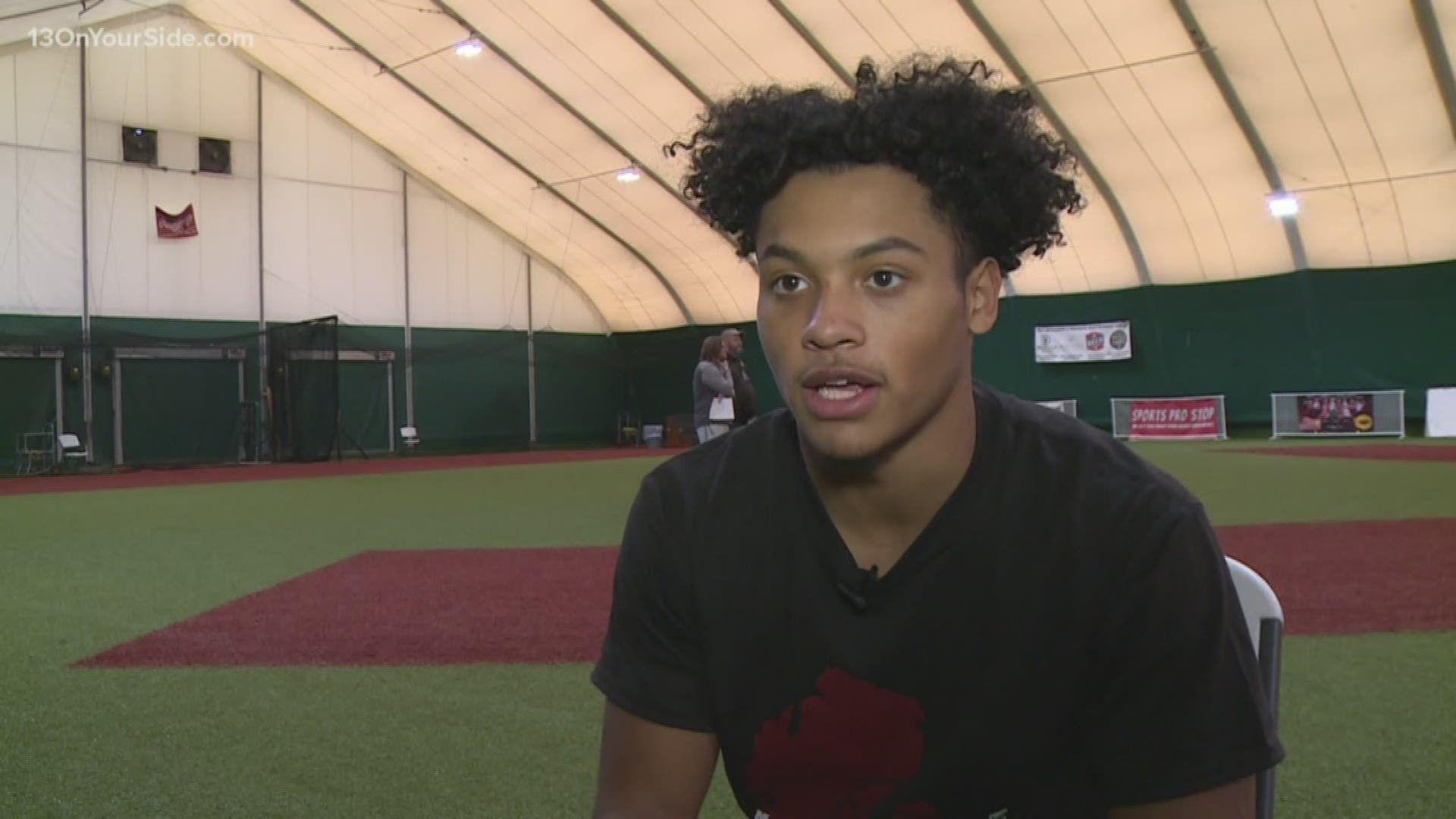