“George was a true Spartan and will be deeply missed." 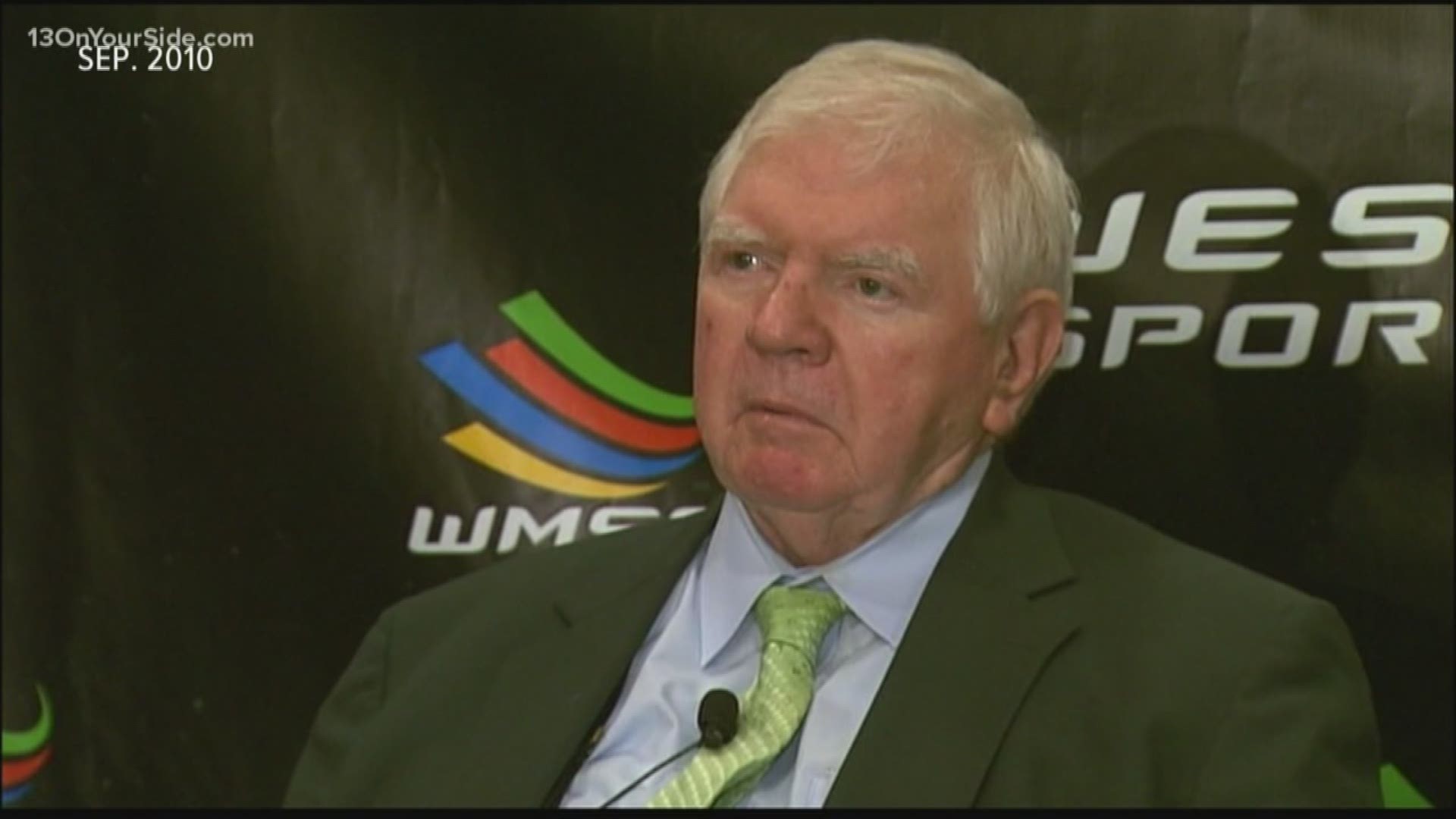 Perles led the Spartan football program from 1983-94 and guided Michigan State to two Big Ten titles (1987 and 1990) and seven bowl appearances in his 12 seasons.

An Army veteran, Perles received his bachelor’s degree from Michigan State in 1960 and a master’s degree in educational administration in 1961.

In addition to his wife, Sally, Perles leaves behind four children, Kathy of Washington, Pa., Terry (Tracey) of Pittsburgh, John (Amy) of Grand Rapids and Pat (Karen) of Kansas City and six grandchildren.

The following are statements sent by the Michigan State Athletic Communications.

Michigan State Athletic Director Bill Beekman:
“Trustee Perles was a great advocate for Michigan State University, and a warm, dear friend. He loved the University with all his heart, serving in many different capacities. My thoughts are with Sally and the Perles family at this difficult time.”

"He welcomed me back to MSU when I first became the head coach here. Not many people have been in these shoes, but he was one of them, and was always extremely supportive every step of the way. He was someone you could lean on. Many times over the past 13 years he would speak to our team.

“George was one of the most renowned coaches in America; everybody knew who Coach Perles was and what he brought to the game. He had tremendous success, winning the Rose Bowl and two Big Ten titles, and developed countless NFL players. I first got to know his reputation when I was a graduate assistant at Ohio State. He always brought a blue-collar mentality and really we’ve embraced a lot of things in our program over the years that came from him. He left a legacy and was an impactful figure.

“George was a true Spartan and will be deeply missed. Our thoughts and prayers are with the Perles family during this difficult time.”

Michigan State Head Men’s Basketball Coach Tom Izzo:
“George Perles embraced me from the moment I arrived at Michigan State. He showed me what it meant to be a Spartan, and how to be loyal. Throughout my career, especially as I was getting started, he was one of the people I consulted on any major decision I had to make.

“Lupe and I send our deepest condolences to Sally and the entire Perles family. George is the truest Spartan I have ever met.”

More MSU/Spartan News on 13 ON YOUR SIDE: