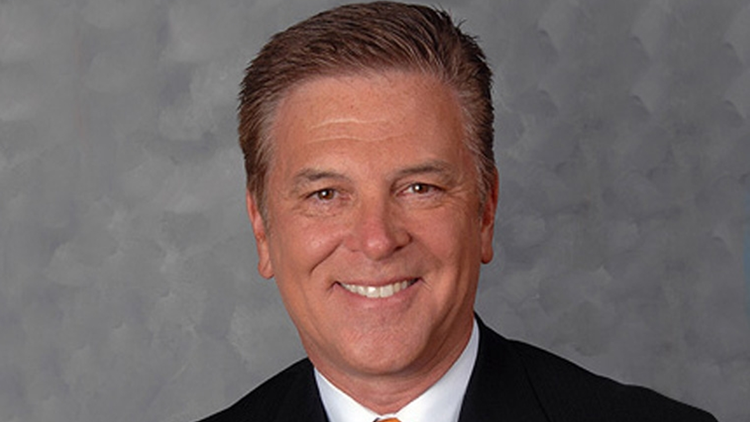 Former Pistons and Lions broadcaster dies at the age of 67

DETROIT — Fred McLeod, the voice of the Detroit Pistons for more than two decades, has died at the age of 67, the Cleveland Cavaliers said in a statement. McLeod was the play-by-play announcer for the Cavs.

McLeod was from Strongsville, Ohio and has been the play-by-play broadcaster for the Cavaliers on TV since the 2006 season. According to the American Entertainment International Speakers Bureau, McLeod's 22 seasons broadcasting the Pistons games is the longest tenure of a TV-only announcer with the same NBA team. He joined the Pistons in 1984.

McLeod was also a reporter at WDIV in Detroit and hosted Sports Final Edition.

"The entire Cavaliers organization mourns the loss of their great friend and teammate. Fred’s deep love for Cleveland and the Cavaliers was clearly evident in everything he did in and around the community and on-air during his more than 1,000 Cavalier game broadcasts. He was a true, heart-felt ambassador for the team, fans and entire greater Cleveland community," the Cavs organization said in a news release.

"The Detroit Pistons organization expresses tremendous sorrow upon receiving news regarding the unexpected passing of Fred McLeod. Serving as a Pistons broadcaster from 1984-2006, Fred touched the lives of many colleagues, players, and fans through his kindness, his enthusiasm for the team, his storytelling and his passion for the game of basketball. We send our deepest condolences to his wife, Beth, and his entire family during this most difficult time," the Pistons said in a statement.

"It is with true sadness that we mourn the passing of Fred McLeod, who we were fortunate to have return as the television voice of Lions preseason football earlier this year. Fred brought an energy to our broadcasts this summer and demonstrated the same passion for our team that he had for Detroit throughout his broadcasting career."

The entire Detroit Lions organization extends its heartfelt sympathies and condolences to his wife, Beth, his family and members of the TV broadcast community he helped mentor for more than four decade," the Lions said in a statement.

Other play-by-play experience included the Detroit Tigers and Oakland Athletics. He most-recently was the broadcaster for the Detroit Lions preseason games.