He started at 4 a.m. playing with glow-in-the-dark golf balls. 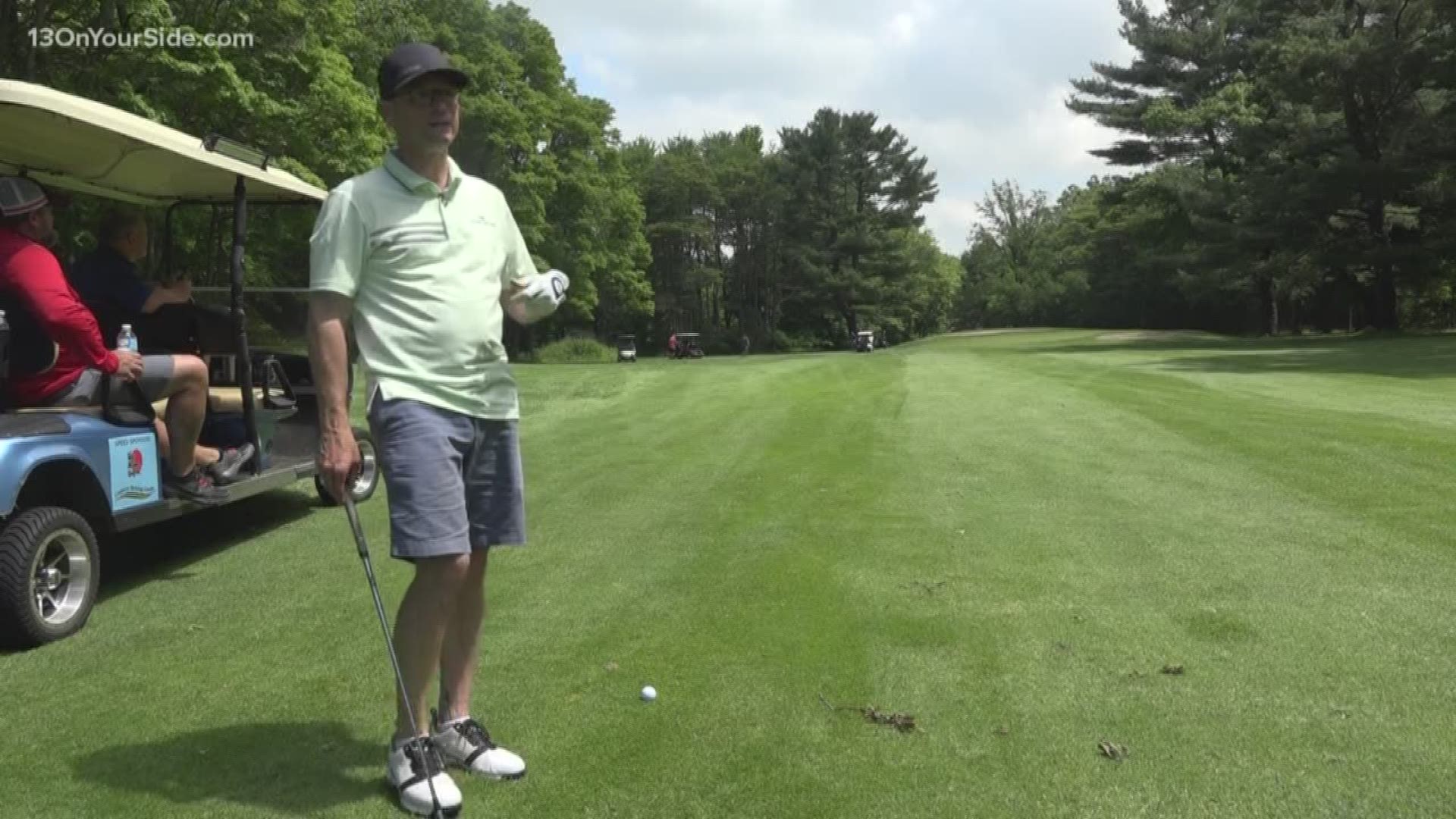 The organization provides access and resources to people with disabilities, their family members and caregivers in both Ottawa and Allegan Counties. The 11-person staff serves around 1,200 people.

"We want people to have an inclusive mindset and realize they can participate that way by just being more aware," said Whiteman, the executive director of the nonprofit. "The event in itself is unique enough that it grabs people's attention. What this day is about is raising money and awareness."

Whiteman's goal is to raise $35,000, playing around 120 more holes than the previous year. He hit an average of three balls per hole at Clearbrook Golf Club in Saugatuck.

It's a beating on your body, said Jeff Knowlton, golf pro at Clearbrook.

"I think he'll feel the pain tomorrow, but it's well worth it," Knowlton said. "It's great that he's using Clearbrook where he was the head golf professional here, so he's coming back to his roots and staying in his community and raising money for his community."

Every golfer at Clearbrook Tuesday was told that Whiteman may ask to play through on holes.

"Golfers by nature are courteous, so they've been nothing but gracious," Whiteman said. "They get what's going on, and this is part of their contribution."

The organization raised around $25,000 Tuesday and is still taking pledges until June 28.