Gov. Whitmer invited the team to Lansing to celebrate their historic win. 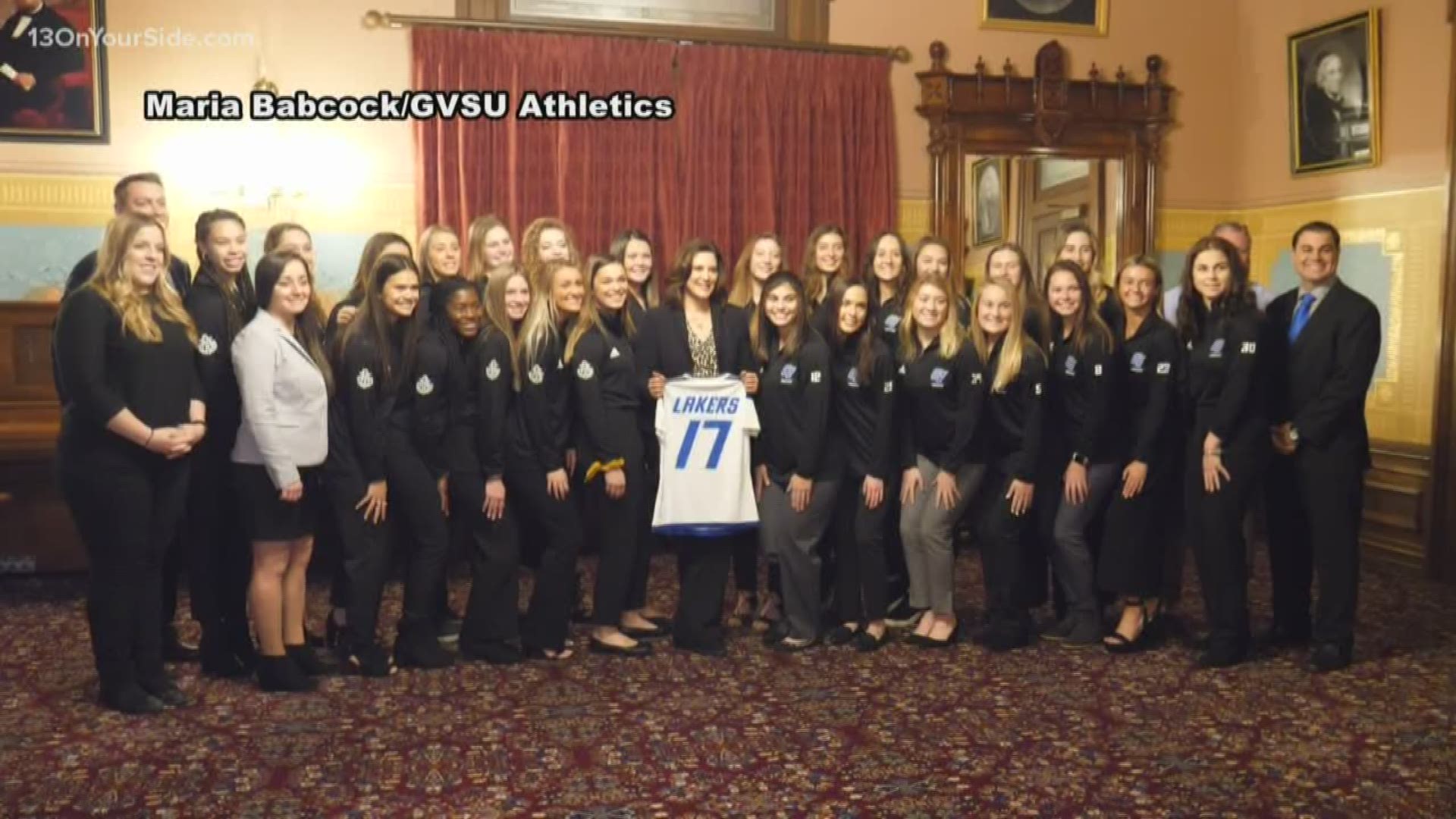 LANSING, Mich. — After winning their sixth national championship, the Grand Valley State University Soccer team was honored for their success at the state capital building.

Last month, GVSU's president Philomena Mantella tweeted to Governor Gretchen Whitmer -- who congratulated the team on the historic win -- by suggesting they make a trip to Lansing to celebrate.

The team was recognized for winning the most national championship titles in Division II women's soccer Wednesday afternoon. The team got to meet the Whitmer and take a tour of the capitol building.

The soccer program at GV has been called a "current form of dynasty" by the NCAA. The Lakers beat Western Washington, 1-0, in double overtime in the championship match on Saturday, December 14, to cap off a 25-1 season in which GVSU set a new program record for goals in a single season (117).

Overall, the Lakers have earned 60 individual awards so far for the historic season with conference academic and commissioner's awards still to be announced. 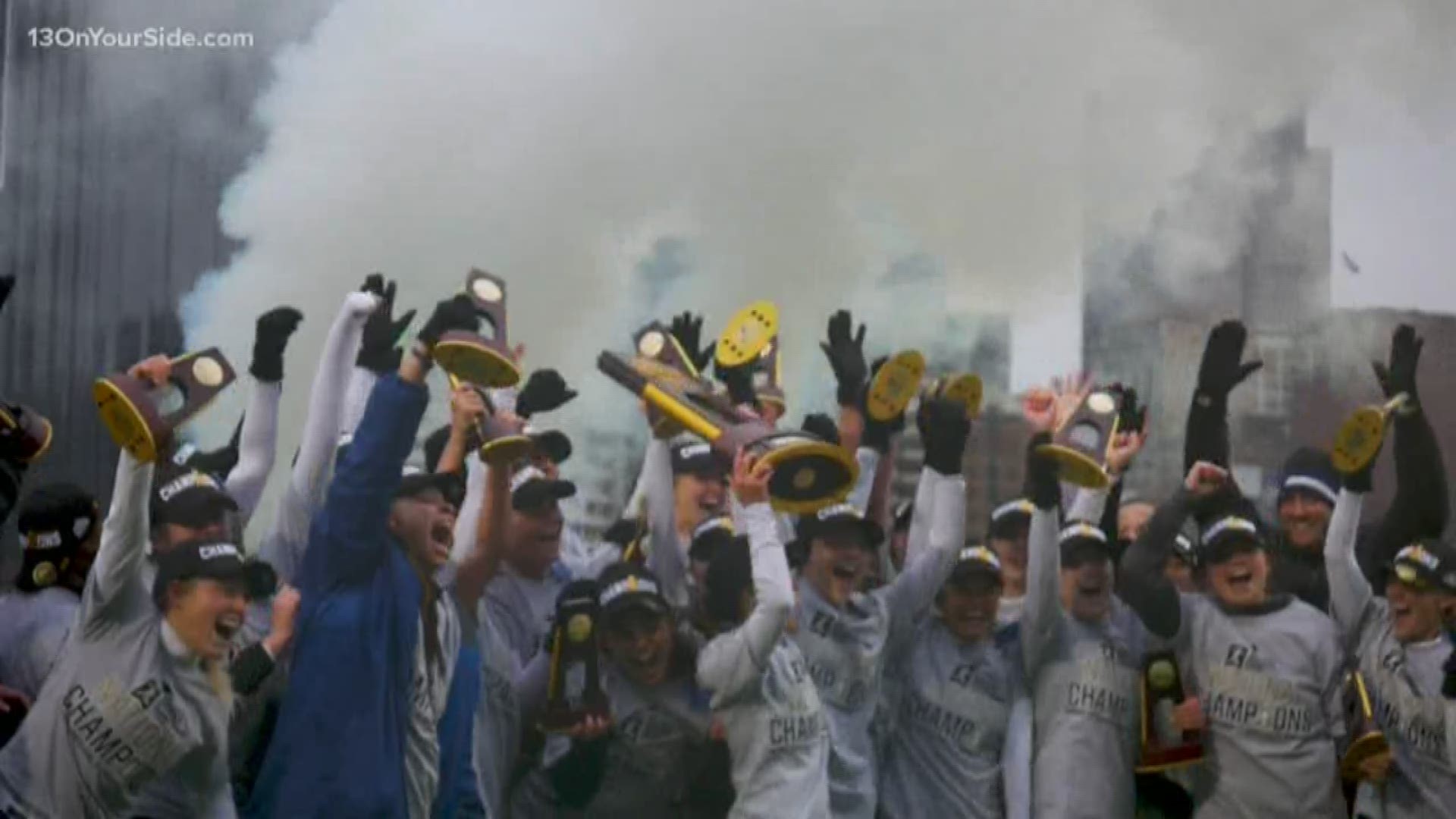