Montague pulls away from Ravenna 42-15 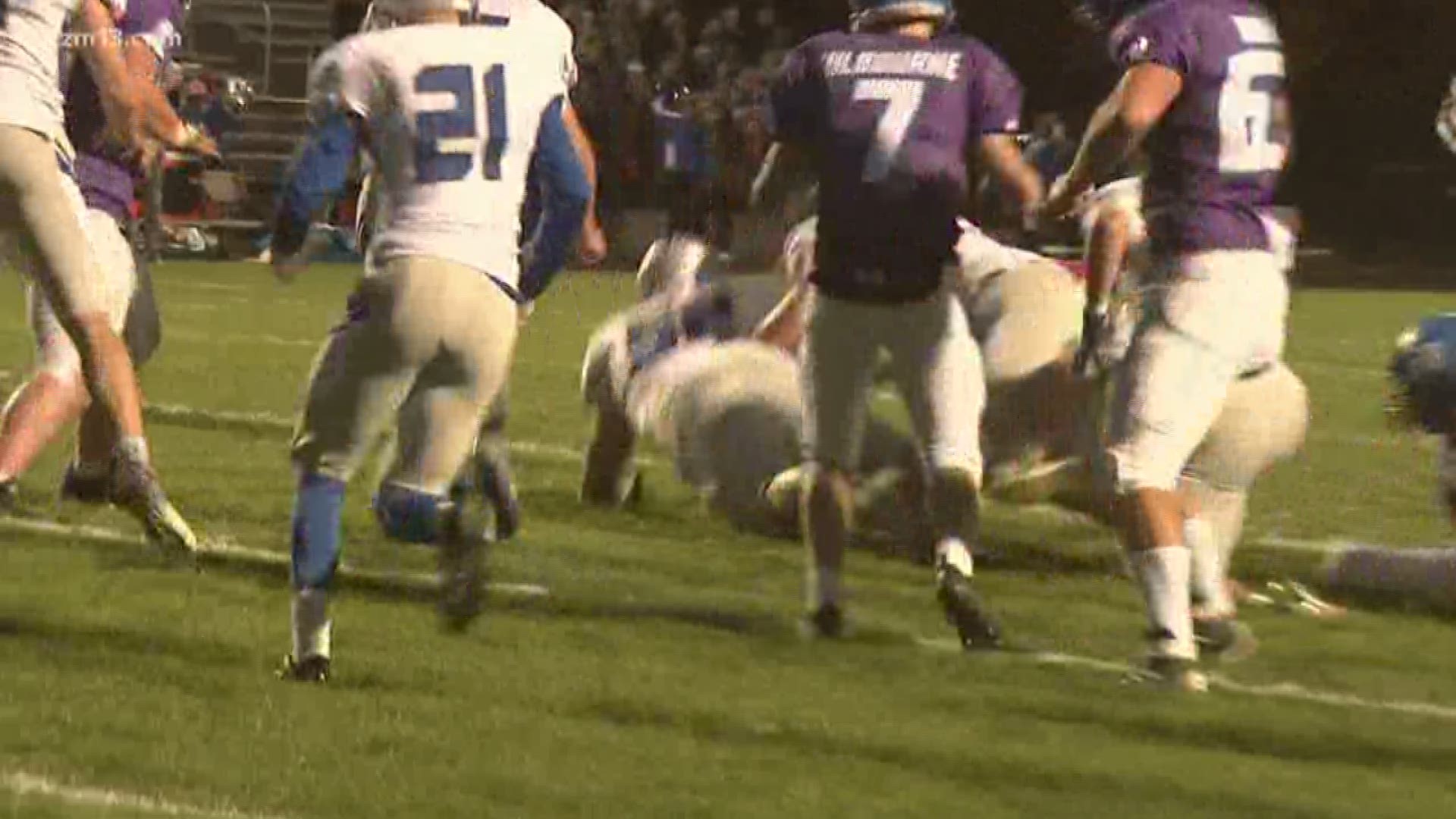 RAVENNA, Mich. - The Montague Wildcats clinched the West Michigan Conference title on Friday night with a 42-15 win over Ravenna.

Bryce Stark opened the scoring for Montague with a seven yard run. Drew Collins and Brennen Schwarz made it 14-0 Wildcats on a 21 yard scoring strike.

Ravenna cut the lead to seven on a Garry Johnson 10 yard touchdown run. Collins 29 yard scoring pass to Kenyan Johnston made it 21-7. Ravenna got within six at the half on a six yard pass from Conner Kilborne to Josh Cox.

The Wildcats controlled the second half outscoring Ravenna 21-0. Collins scored on a 36 yard run, and Stark scored on runs of 29 and 15 yards.

Montague improves to 7-1 on the year, and finished unbeaten at 6-0 in the West Michigan Conference. They wrap up the regular season next Friday in Portland. Ravenna falls to 4-4 overall and 4-3 in conference play. The Bulldogs take on Muskegon Heights in week 9 hoping to keep their playoff hopes alive.