Vote for the 13 On Your Sidelines MVP Week 8

Who should be this week's MVP? 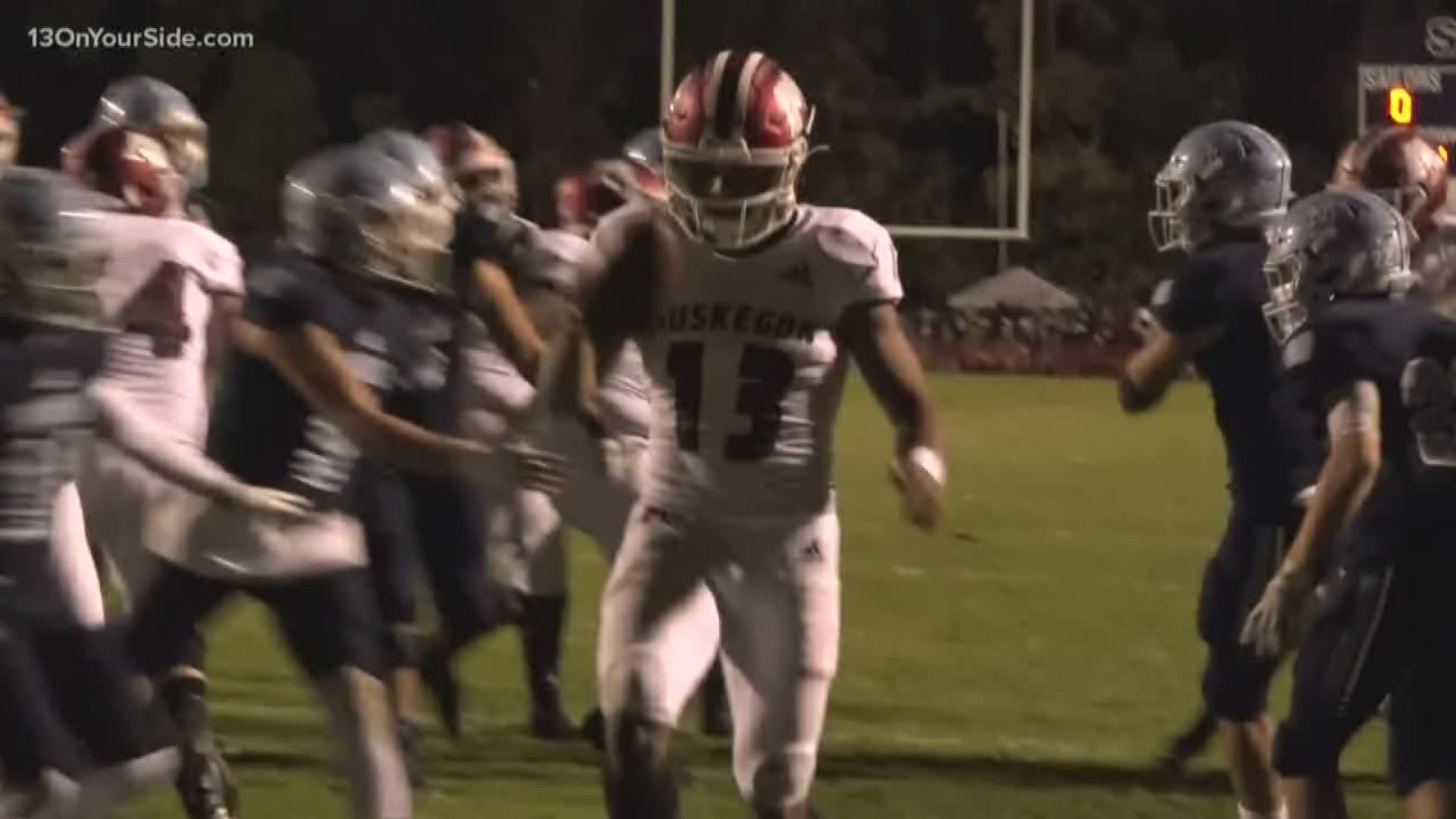 As the regular season winds down, these three stars are taking their game to an even higher level.

Here they are, the candidates for the Week 8 edition of the 13 On Your Sidelines Watson Rockford MVP of the week.

Carson Vanderhoff, running back: It wasn't for a lack of trying but Northview could not stop the Caledonia's senior last Friday night. On 20 carries, Vanderhoff racked up three touchdowns and 331 yards in a blowout victory for the Fighting Scots.

►13 On Your Sidelines: Northview vs. Caledonia

Eason Hardouin, quarterback: Meanwhile, it's easy to see why Grand Rapids Christian head coach Don Fellows calls his senior quarterback one of the best QBs in the state. In the win over East Grand Rapids last week, Hardouin led the way with four touchdowns and 293 yards passing.

Cameron Martinez, quarterback: The Muskegon star senior has a chance to be our first two-time MVP award winner this season. In a statement-making 53-0 win over Mona Shores, Martinez rushed for 170 yards, scoring two touchdowns on the ground. In addition, he passed only six times but still managed to throw for two touchdowns and 117 yards passing.

►13 On Your Sidelines Game of the Week: Muskegon vs. Mona Shores

They all want it but only one can claim the award. As always you get to decide the winner. Cast your vote before polls close Thursday morning.