Vote for the 13 On Your Sidelines MVP Week 2 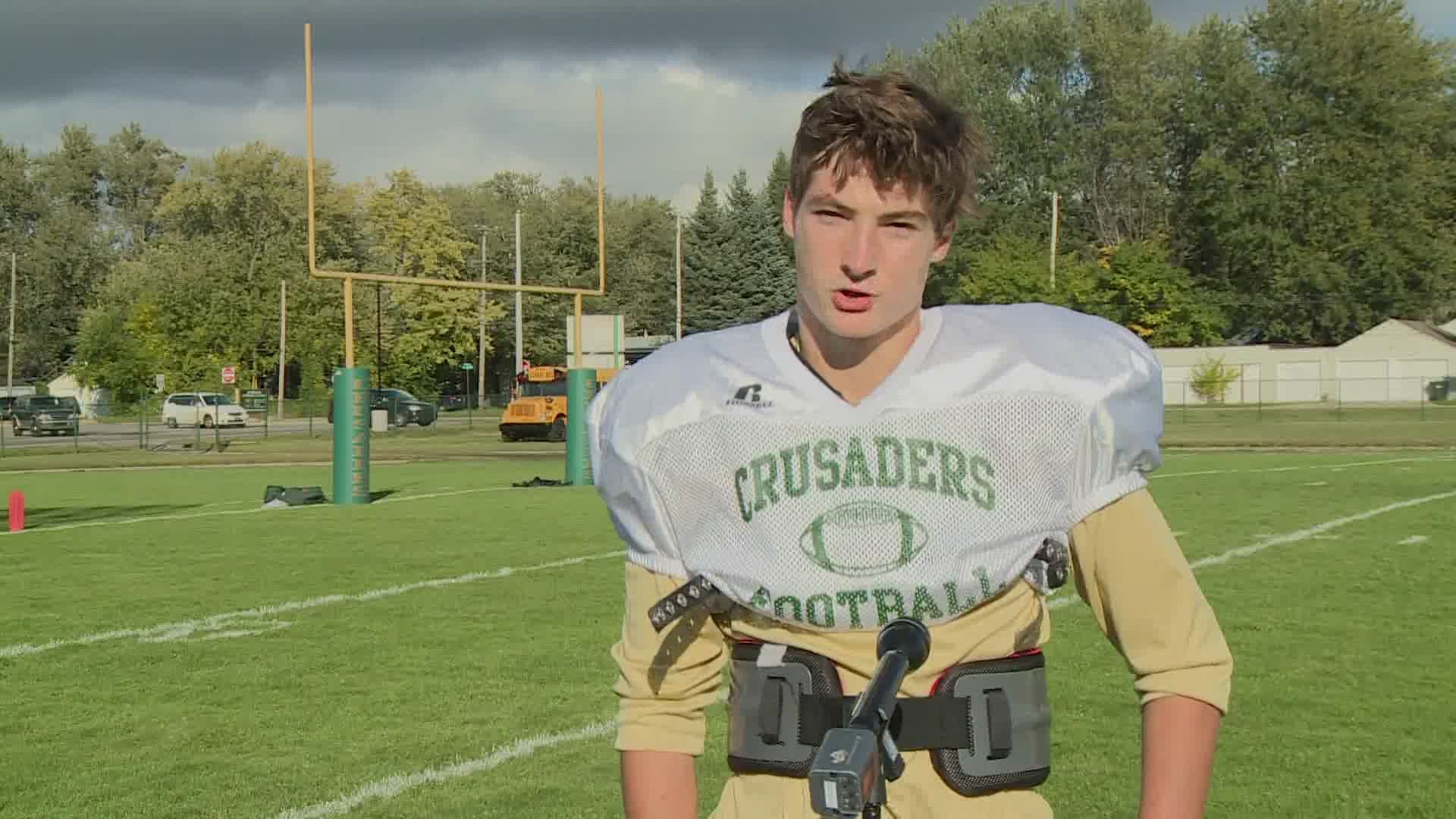 From rivalry games, to high scoring shootouts, week two of the high school football season delivered tons of action. Here’s who came up big for their teams in week two.

Brady Rose, quarterback Mona Shores: Rose and the Sailors went into Hackley Stadium in Muskegon and walked out with their first win there over their crosstown rivals since 2014. Rose threw for 118 yards and two touchdowns, ran for 105 yards and another score, and then sealed the game with a 4th quarter interception.

Marcel Love, running back from Grandville: The senior provided plenty of firepower in the Bulldogs shootout win over East Kentwood. He rushed for 143 yards and three touchdowns as the Bulldogs high-powered offense racked up 54 points.

Congratulations to Carson Vanderhoff from Caledonia who won the Week 1 trophy. See his interview here: