Vote for the 13 On Your Sidelines MVP of the year

The 2020 high school football season is nearing its end, and 13 On Your Sidelines has one more MVP trophy to hand out. 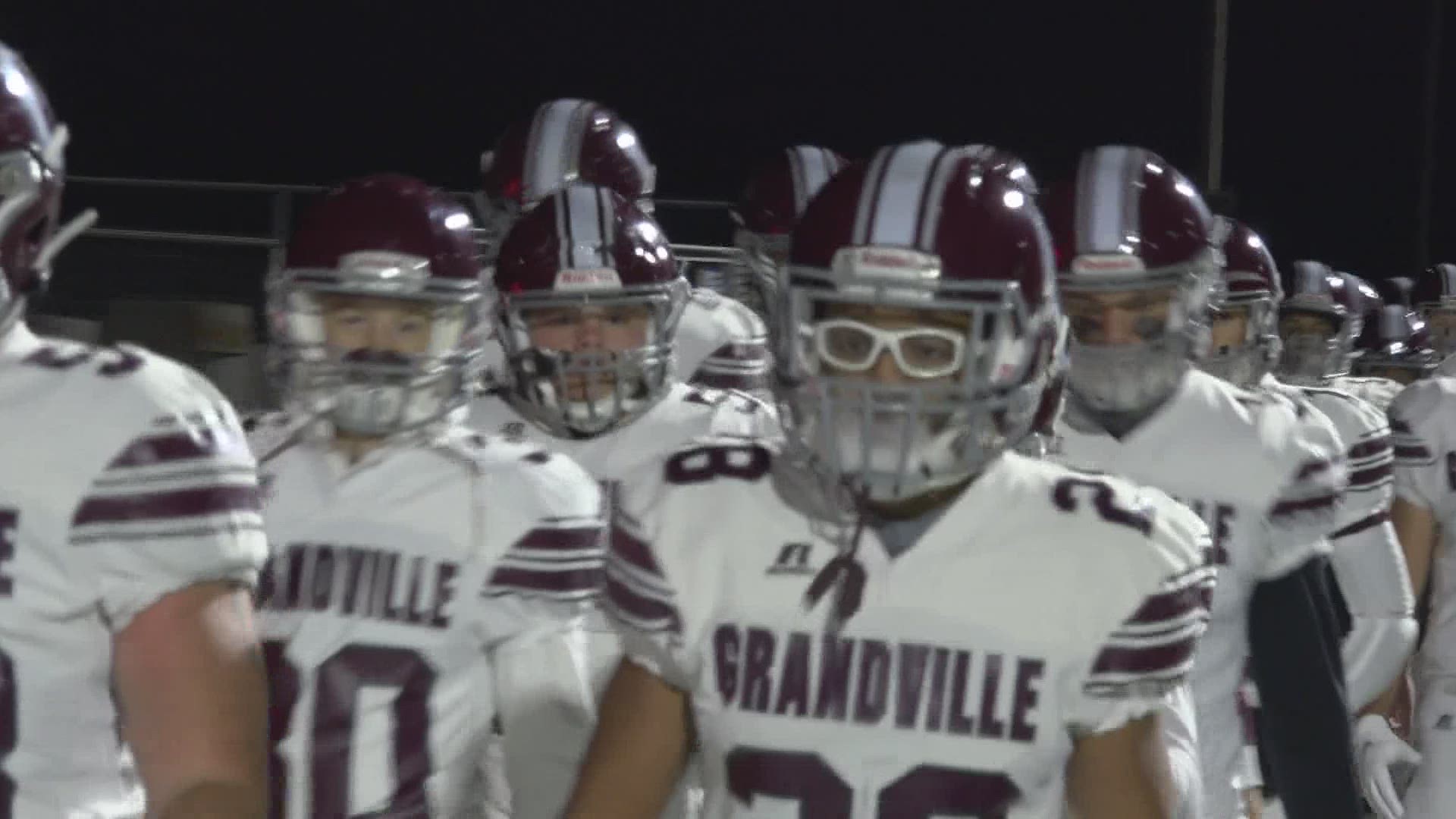 Even in a shortened season, these six players stood out. Here's our candidates for the 2020 13 On Your Sidelines Serra Honda Season MVP:

The Rams quarterback ran for nearly 500 yards and seven touchdowns. He also threw for 800 yards and 13 touchdowns while completing 67 percent of his passes.

The senior commanded the Red Arrows option attack on offense, rushing for 968 yards and 19 touchdowns. Dean threw for 694 yards and six more scores. His play led Lowell to their first playoff win since 2016.

"Big Game Brady" has been as clutch as it gets in his Sailors career. This year as a senior the quarterback threw for 770 yards and eight touchdown passes. He's also the leading rusher for Mona Shores with 804 yards on the ground and 15 touchdowns. Defensively Rose leads the team with 4 interceptions, two of which he returned for scores.

Corey has been a steady for a powerful Oakridge run game. The junior running back has gained more than 1,500 yards on the ground with 22 touchdowns. He was a big play threat all season, averaging nearly 12 yards per carry. Vanderputte also added a pair of receiving scores.

While Grandville's T-offense featured numerous options, Terry was the Bulldogs big-play threat. The senior running back gained a team-high 1,135 yards on the ground, including a 300-yard game against Grand Haven. The 3-time All-OK Red selection was as consistent in 2020 as he's always been,  averaging nearly 13 yards per carry and scoring 14 touchdowns.

Few players proved to be as durable as Carson Vanderhoff in 2020. The senior carried the ball 227 times this season, totaling 1,493 yards and 18 touchdowns. In the final game of the season Vanderhoff ran the ball 43 times for 336 yards. He's the all-time leading rusher in Fighting Scotts history.

Quite a group of young athletes but only one gets to be the 2020 Serra Honda 13 On Your Sidlelines MVP. To decide the winner just cast your vote. Be sure to get it in before Thursday morning when the polls close.