The 17-year-old was born with an undeveloped right hand. 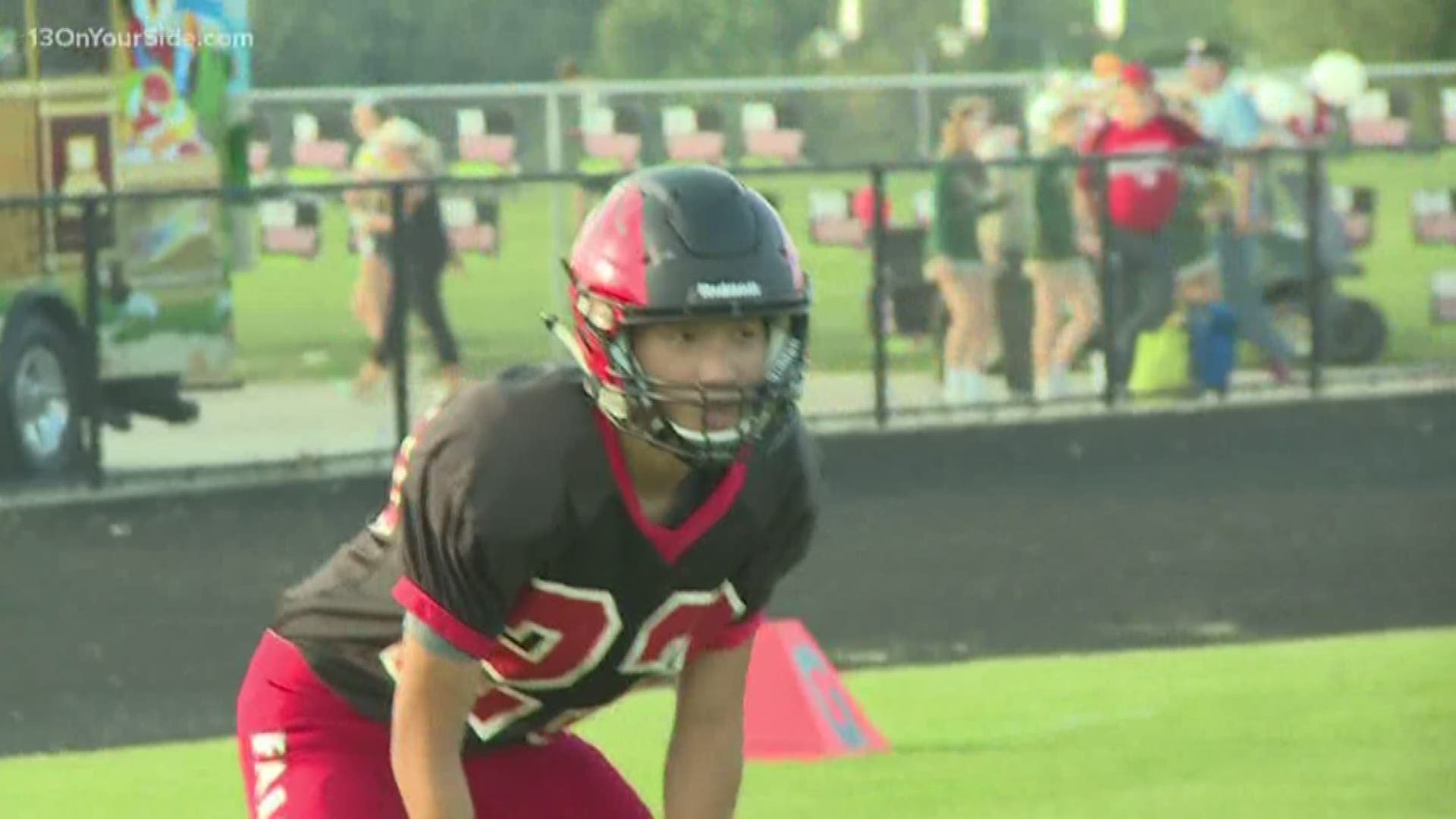 “It's a pretty good feeling,” he says. “Because I represent the team.”

When it’s time to meet his opponents, Kai always uses his right hand to greet them. "That's the way you're supposed to do it. That's Kai!” said Allendale head coach Ben Burke.

The 17-year-old has nothing to hide. Not even a right hand that looks a bit different.

“I still look at myself like everyone else,” Deboer said. “It actually looks just like a regular hand. It's just cut off halfway through the palm.”

Kai was born like that, and into less than ideal conditions. When he was just a baby, he was abandoned by his birth parents in a hospital in China. Two years later, he was adopted and brought to the U.S.

“I look at myself as very lucky and very blessed,” Deboer said.

When Kai joined the Deboer family, he soon discovered he was not the only member of the family with a disability. His older brother was also adopted from China and just like Kai, he too was missing a full hand.

“He was kind of a mentor to me,” Deboer explains. “Obviously he’s older so I look up to him.”

From a young age, sports were always an important part of Deboer's life. Football is his favorite. And while he admits he's not the best athlete on the field, that has never stopped him from playing.

“It's one of the best things I've done in my life. I don't do it to play since I'm not really good, I usually do it more for the social connection and for the social bonding with my friends and with my guys," Deboer said. "We just go ahead with each other and have fun,”

And while his name rarely appears in the stat sheet, make no mistake, Deboer is an important part of the team.

“There's something about the kid where you just go, ‘man he is made of good stuff.’” Burke said. “He shines through that and shines that out to everybody around him. He makes people better.”