'For 52' Wayland football team rallies behind loss of player

The Wayland Wildcats are working to overcome the loss of player and several other changes going into the new season. 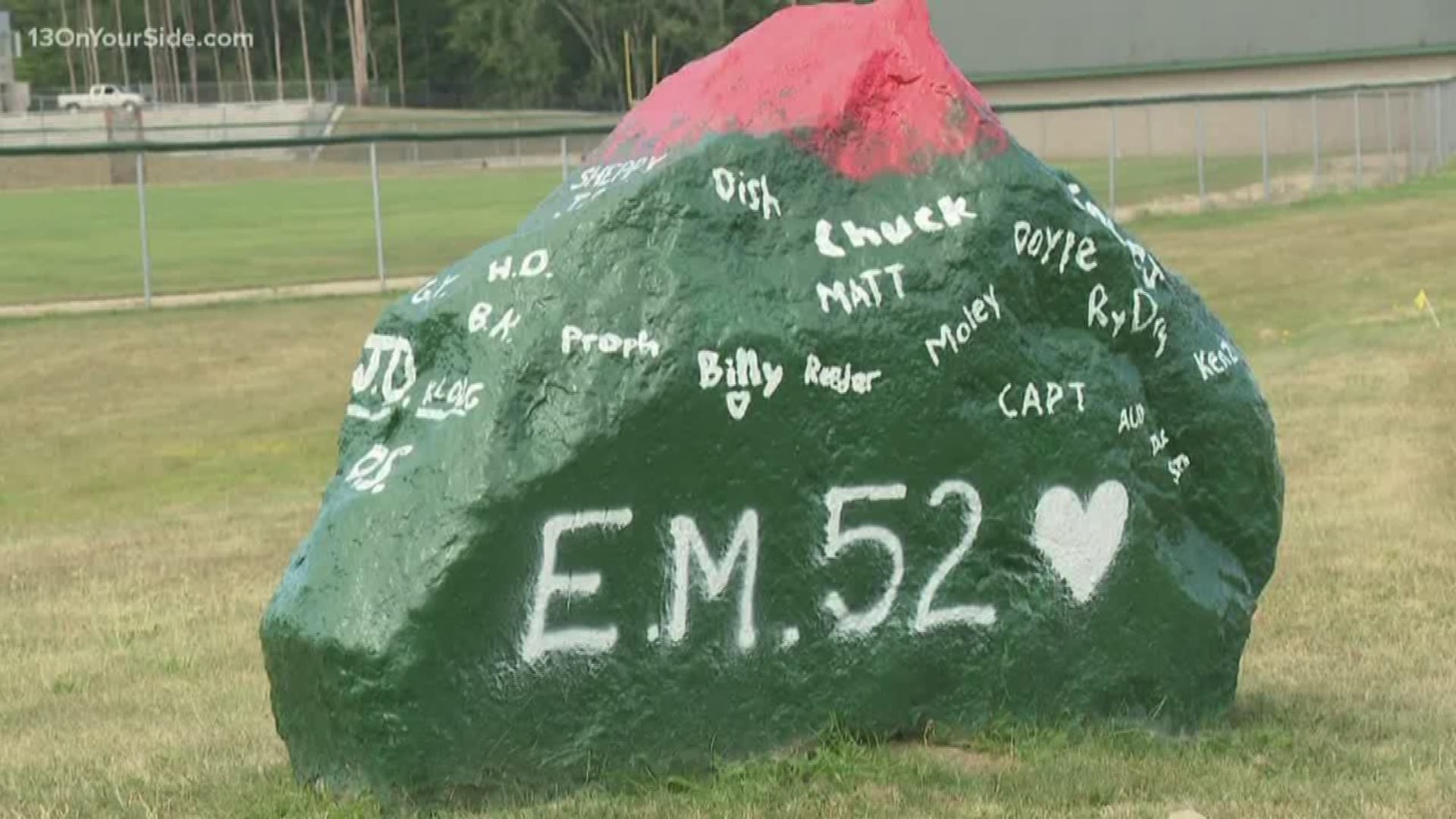 WAYLAND, Mich. — Do it for 52. The message is painted on the locker room at Wayland High School and the varsity football team touches it everyday before heading out to the field. It has become a motto for the team this year.

"I do think it adds a little bit of fuel to the fire," said head coach Mike Doupe.

The team is using the motto to overcome new obstacles this year. In June, 17-year-old Ethan Mutschler, a three-year starter for the Wildcats, was killed in a car accident. The crash happened in Byron Township, and Mutschler was the only occupant of the vehicle.

Mutschler wore the number 52 on the football field and stood at 6-foot-5. He played both football and basketball. He had several nicknames, one of which was the "Gentle Giant." This year, he would have been a senior.

"You know it was tough. It was really like the hardest thing that we have ever had to go through," said senior tight end Will Reurink. "And we are just taking it in and we are playing this season for him.

"And you know our motto this season, we are doing everything for him."

At the end of practice, the team will come together in a huddle and say in unity, "For 52." And it's not just the Wildcats who are rallying around the loss of Mutschler either.

"I'm pretty sure every coach in the league either sent flowers, or called me or texted me. So that was kinda cool." said head coach Doupe.

The school even wrote to students on Facebook saying they are not alone in the grieving process and reminding them about the counseling staff that is available.

The loss of a player isn't the only obstacle the Wildcats have to overcome. The team is also young, having graduated 22 seniors last year and only having two returning starters back on the field this year.

"We feel like we have some talent, but they're young so we'll see," said Doupe. "Sometimes young teams stumble out of the gates and they have to learn the hard way. Sometimes it's a benefit."

But there is hope.

"We feel that we are moving in the right direction," said Doupe. "Our numbers are a little bit down this year but we have 40 eighth graders and 35 seventh graders that signed up to play."

The 2019-20 season starts Friday, Aug. 30 at home against Grand Rapids Kenowa Hills. Last year the team went 4-5 but it was a better record than the previous four seasons. Coach Doupe said he is trying to remain positive despite the obstacles as the team goes into the new year.

RELATED: After falling short in 2018, Muskegon hungry to get state title back

"We've really tried as much as we can to stay together through this period,"  Doupe said. "And our guys have done a real good job of being purposeful."