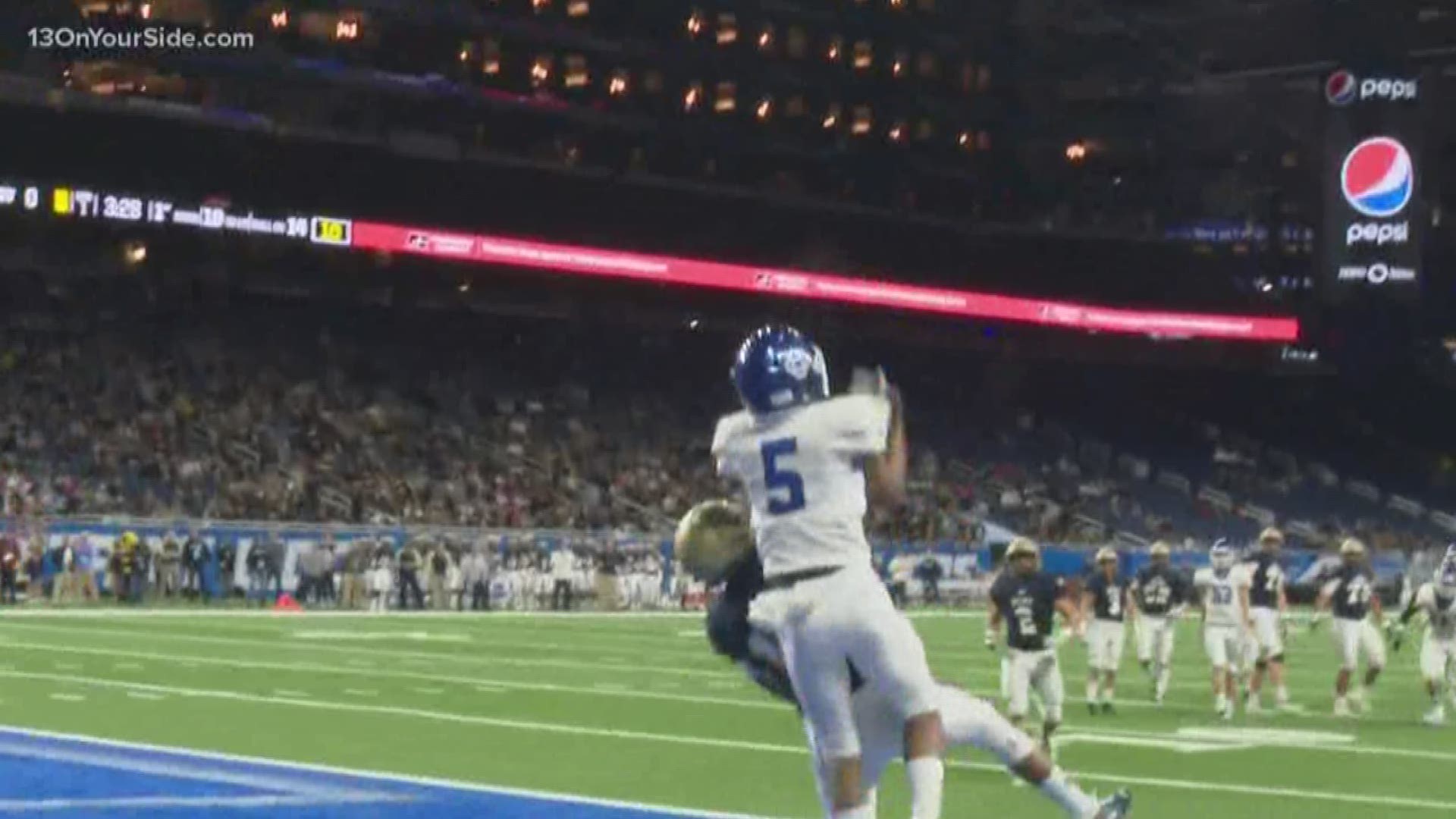 DETROIT — For the third time in four years, the Grand Rapids Catholic Central football team is leaving Ford Field as state champions. This time, it was a blowout.

It didn't take long for GRCC to put points on the board when Joey Silveri connected with Jace Williams on a 15-yard touchdown. The Cougars' offense rolled in the first quarter with Silveri and Williams connecting on a 14-yard scoring strike—one play after Don Southerington intercepted a pass from the Yellowjackets, giving the Cougars a 12-0 lead.

The lead would grow to 18 before the first quarter on a 53-yard touchdown run by Silveri.

Silveri's third touchdown pass with 1:23 left in the half, this one to Drew Gommesen from 23 yards, giving the Cougars a 24-0 lead.

Silveri second touchdown run and the 2-point conversion gave the Cougars 32-0. GRCC's defense got into the action a minute later on Jake Passnault 18-yard interception return.

The Cougars' seventh touchdown of the game came early in the fourth on Silveri and Williams third scoring connection of the game.