The Eagles had a seven-point lead with five minutes left but a major drive, and gutsy call, gave the Rams a thrilling win. 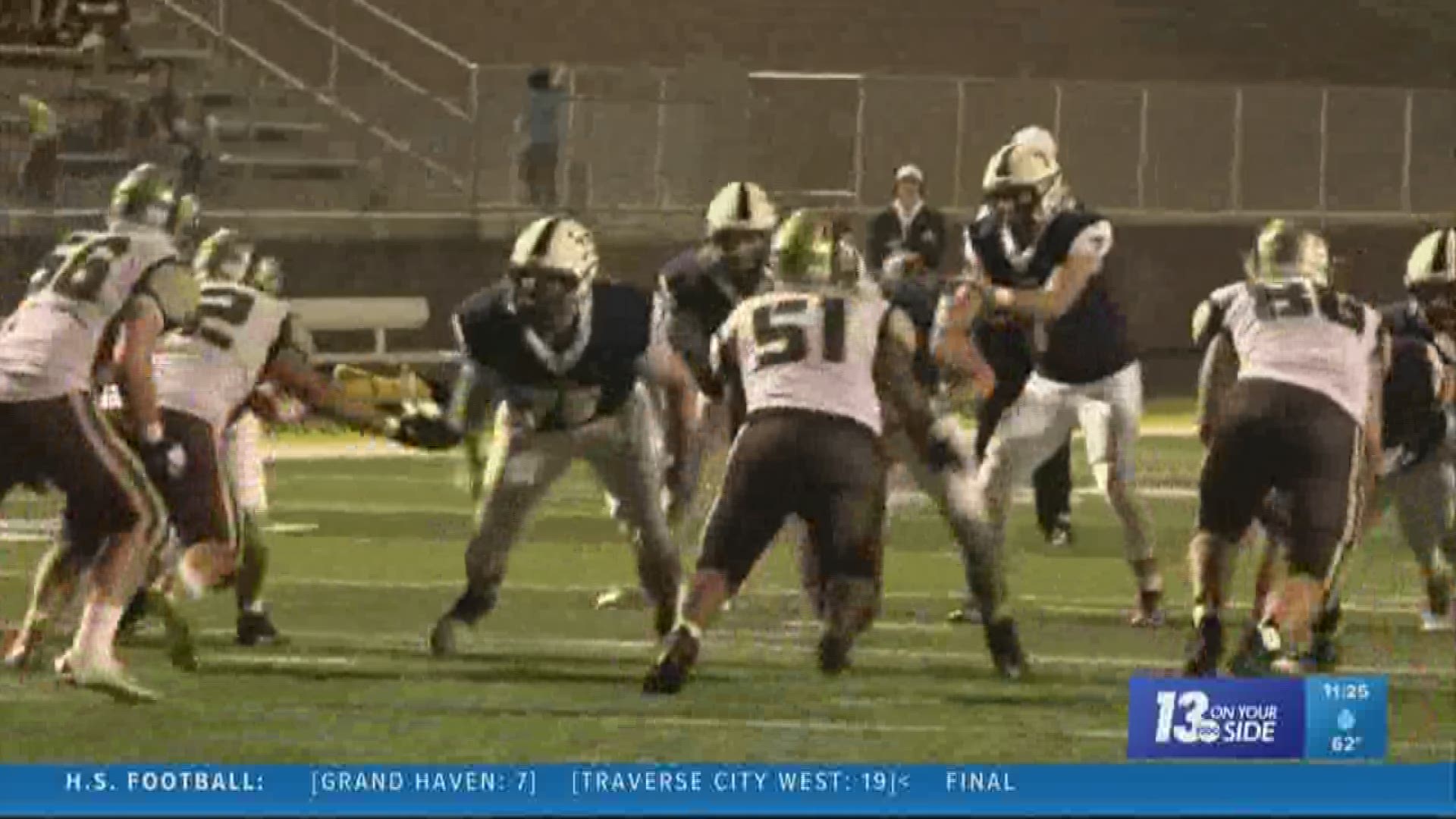 GEORGETOWN TOWNSHIP, Mich. - The Holt Rams are 2-0 for the first time since 2007 after beating two West Michigan teams, Caledonia and Hudsonville, on back-to-back weeks.

The Eagles fought back from a 14-6 deficit thanks to touchdowns from Trevor McEachern and Tyler Kelley. A successful two-point conversion pass from Brennan Hayes to Ryan Chandler made it 21-14 Hudsonville without about five minutes in the fourth.

Then Holt marched down the field for a scoring drive capped off by a touchdown Zach O'Brien to Lucas Vanenkenvort. And maybe the biggest decision of the game was to give it to JoJo Martinez for a successful two point conversion try to give the Rams a 22-21 lead.

Hudsonville will have a chance to redeem themselves in week three against Caledonia.