Friday night's game was supposed to be Rockford's homecoming game against Grand Haven. 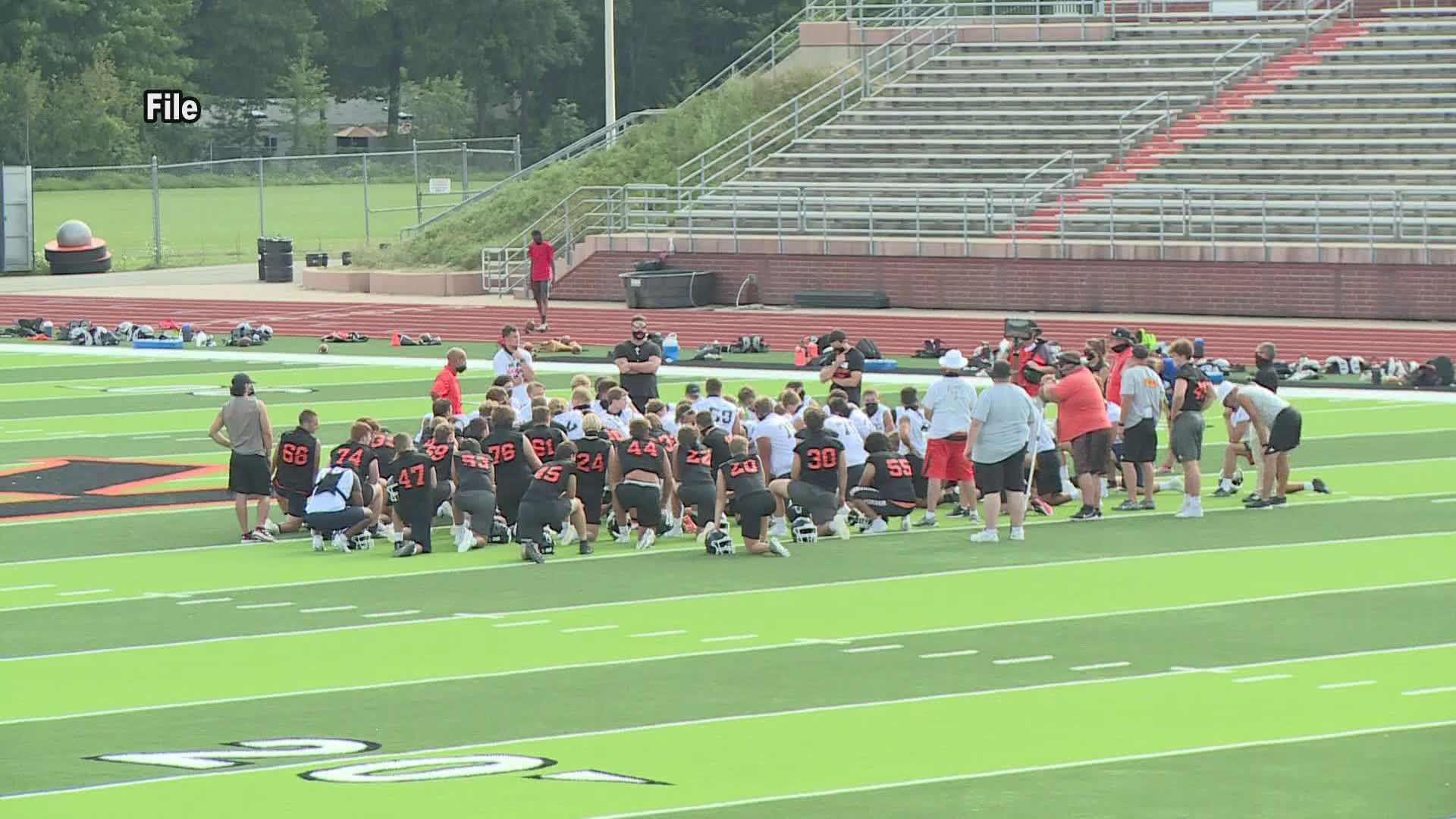 ROCKFORD, Mich. — The Rockford Public Schools athletic department announced that its varsity football game scheduled for Friday, Oct. 9 will be canceled due to COVID-19.

Friday night's game was supposed to be Rockford's homecoming game against Grand Haven.

A player on the team started feeling symptoms last week and didn't play against West Ottawa on Friday night. He was tested for the virus, and it came back positive on Monday.

The Rams are now under a two-week quarantine, but they're hoping to return to the field next Wednesday and then play East Kentwood the following Friday. Including the Varsity football team, about 200 athletes at Rockford have had to quarantine because of exposure to the virus since the start of the school year.

According to the state's outbreak reporting, Rockford High School has four confirmed cases of COVID-19 as of Monday.

Due to COVID-19 the Varsity Football game for Friday, October 9th has been cancelled. https://t.co/eWzcth811S