Caledonia has confidence heading into 2019 season

The Fighting Scots had a strong weight room program this offseason, and they're a confident group heading into the 2019 season. 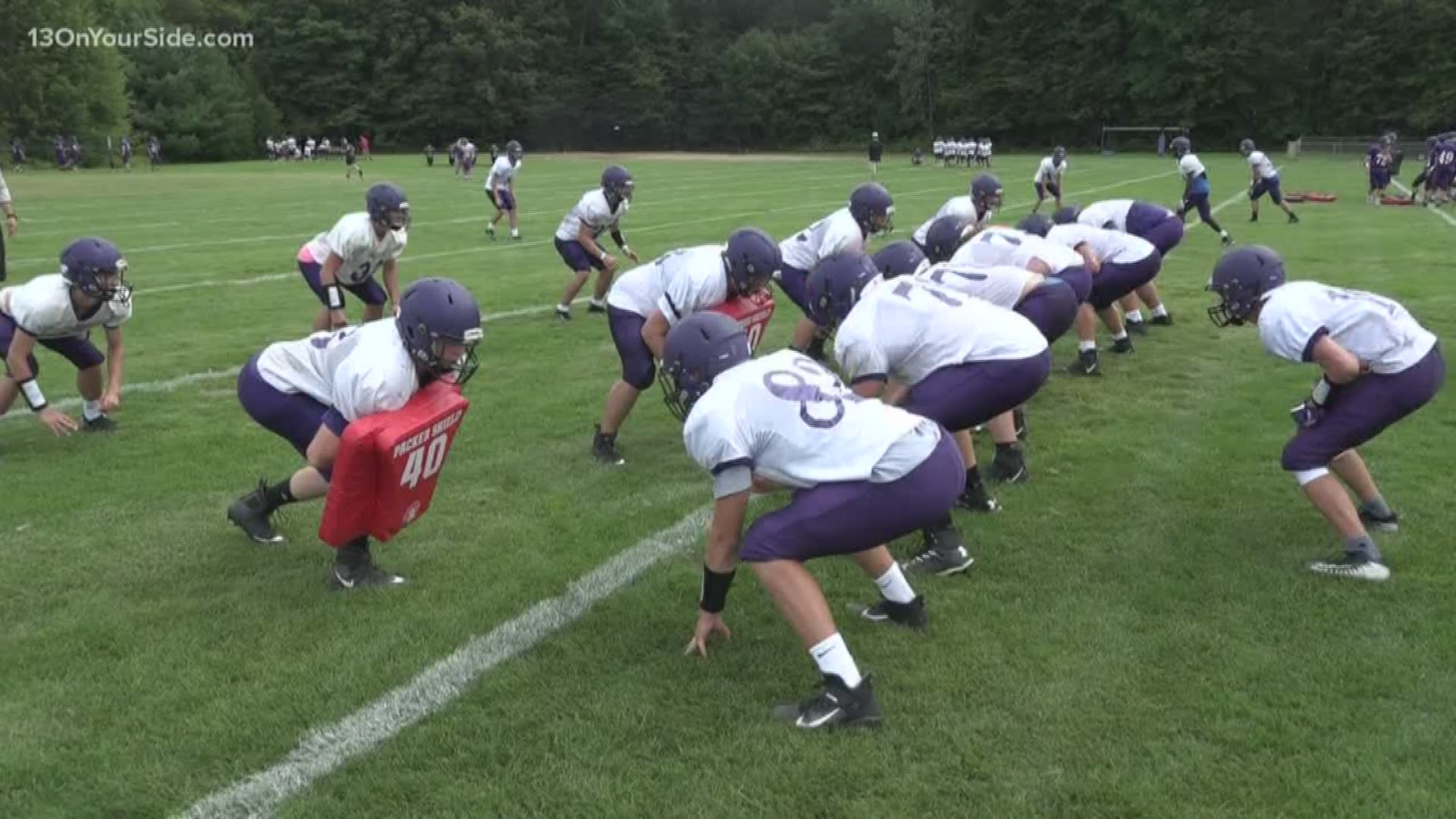 CALEDONIA, Mich. - The Caledonia Fighting Scots are coming off a 2-7 season last year, but head coach Tom Burrill says his team has quickly bounced back from one of their lowest points as a program.

"This team has done something I haven't seen in a while: This has been our best weight room program since November," said Burrill, now in his 19th season at Caledonia. "Our kids have stepped up, we've revamped it, and I think there's a confidence with our kids that maybe we haven't had in a while.

The last time the Fighting Scots made the playoffs was in 2012, and being a small school in the OK Red, Burrill knows it will be a challenge.

"We're a really small school in a big league, and I think our kids believe we can compete with these guys," he said. "They've had a great offseason and they're looking forward to getting it started."

The Fighting Scots have 20 seniors returning and Burrill said the team camaraderie has been as high as it's ever been. He plans to have four sophomores up on the varsity squad, two of which will start at linebacker.

Senior running back and defensive end Marcus Joplin-Pinero believes the Fighting Scots will be a force to be reckoned with, even though they might be underestimated.

"A lot of people aren't going to be expecting us to come out hot, but I really believe that we are, and I feel like our team is more together than we were last year," Joplin-Pinero said.

Burrill also mentioned how cohesive the team has been, especially the large senior class who want to leave a legacy for the underclassmen. He specifically mentioned Joplin-Pinero and senior quarterback Jax Kinninger as two of the team's top leaders heading into the 2019 campaign.

"Jax and Marcus have done that as good as any leaders we've had," Burrill said. "These kids will follow Jax anywhere. He's proven it. He's our hardest worker and he practices harder than anyone else. They'll follow him anywhere in a game."

RELATED: Lowell looking to get back to elite status in 2019