With 27 seniors on the team this year, the Pioneers will have leadership at almost every position. 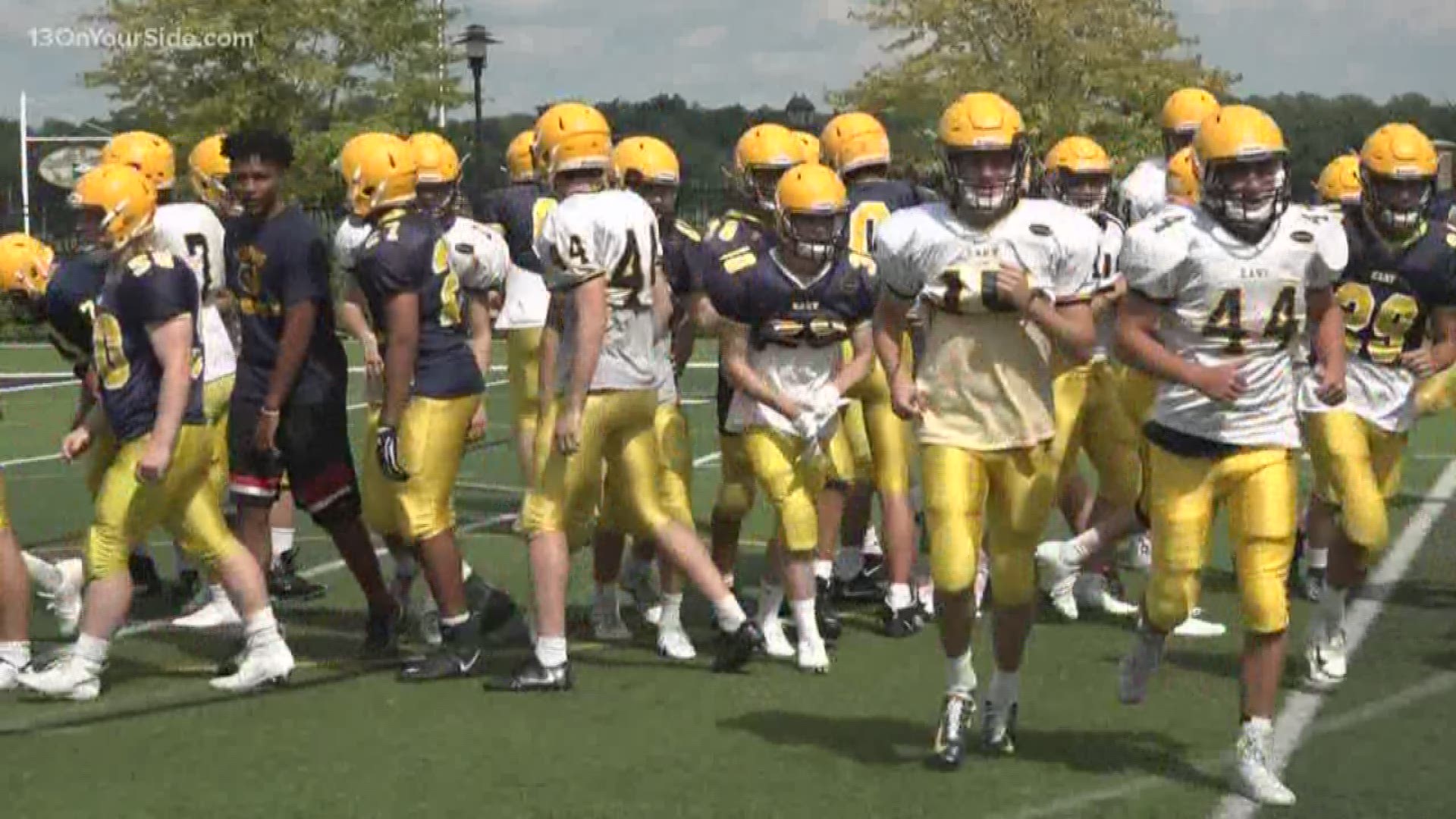 GRAND RAPIDS, Mich. - The East Grand Rapids Pioneers went 9-1 in 2017 and 6-4 last year.  Two of those losses came to state finalist Muskegon and another loss was at the hands of Zeeland East, the team Muskegon beat in the state semifinals.

Heading into this year, however, head coach Casey Longo likes what he's seeing so far with his group.

"They've worked very hard throughout the offseason and summer," Longo said. "We have a lot of starters and returners and players who have played significant minutes for us. They've done everything we've asked of them and hopefully, that translates over to Friday nights."

Along with the quarterbacks, Longo expects his linemen to compete on both sides of the ball.

"Games are won on the line on each side of the ball," Longo said. "We have three offensive linemen back and one returner on defense, but we have big expectations on both sides of the ball."

Senior linebacker Noah Moskal said he feels prepared for the season, and being on the team his junior year, he's learned a lot heading into this season.

"I grew a lot over the summer, and being in that position last year really helped me," Moskal said.

While the team made the postseason last year, Moskal said they had a tough opponent in Muskegon. With 27 seniors this year, Moskal is excited about how the season will unfold.

"I feel like it's going to go very well because we have a senior at almost every position, and it really helps us share that leadership all across the board," Moskal said.

The Pioneers will host Zeeland West on Aug. 30, and while it won't be an easy game, Moskal is ready for the challenge.

"I think we're going to come out strong against them, and they're going to give us a run for our money, so we got to be ready," he said.

RELATED: 'For 52' Wayland football team rallies behind loss of player

RELATED: After falling short in 2018, Muskegon hungry to get state title back