Tyree Jackson is an aspiring pro football player after he played a year with the Buffalo Bills. 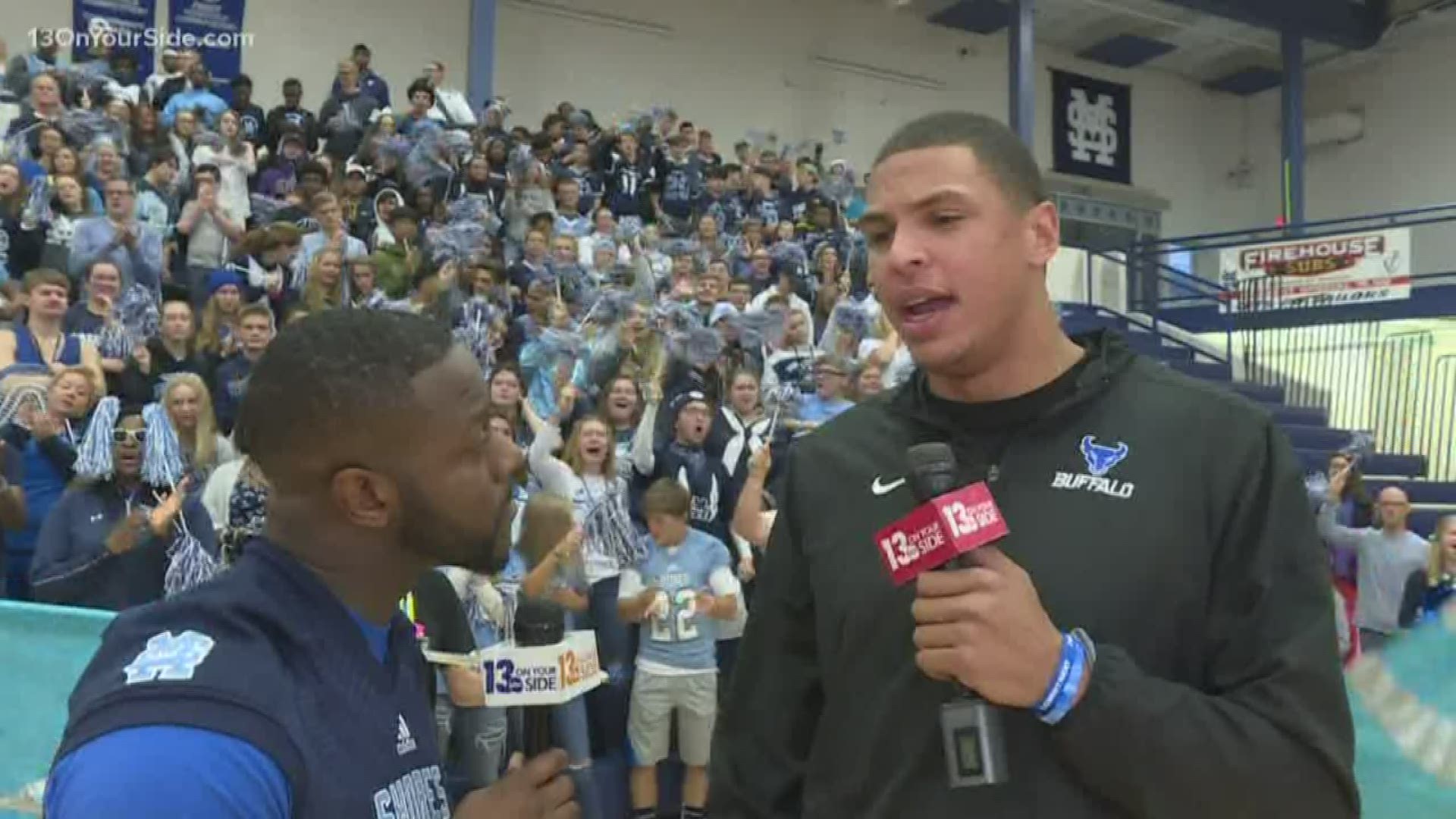 Jackson graduated from Mona Shores in 2015 and he went on to play at the University of Buffalo. He then played a year in the NFL for the Buffalo Bills as a quarterback. Jackson is now a free agent in the league.

At Sunrise Sidelines, he talked about his high school career.

"There's nothing like going out there on Friday night and playing with your friends and playing for Coach Koziak. He's probably the best coach I've played for," he said. 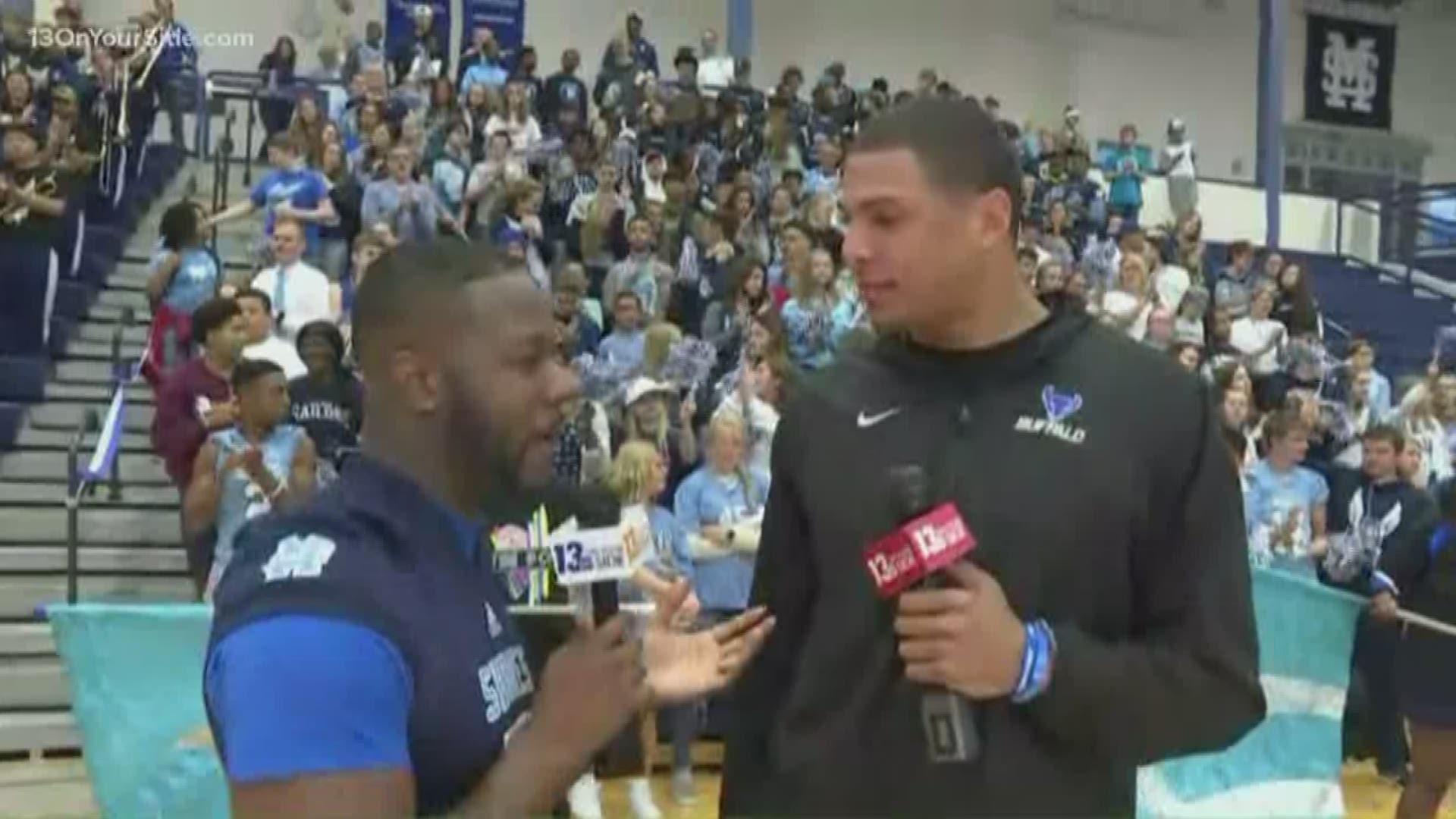 At the University of Buffalo, Jackson helped the Bulls (10-4) win a school-record 10 games and reach their second Mid-American Conference championship. In the 2018 season, he started all 14 games, passing for 3,131 yards, 28 touchdowns and 12 interceptions. The 6-foot-7, 245-pound Jackson had a breakout year in 2018, which prompted him to leave school his junior year.

Jackson said he liked carrying that "Mona Shores, Muskegon swagger around" when he was at Buffalo.

"It was awesome, getting the chance to play. And something I'll remember for while," he said about playing in the NFL.

Jackson will be watching Mona Shores play against Jenison Friday night for the homecoming game.