Vote for the 13 On Your Sidelines MVP Week 6

These three Serra Honda 13 on your sidelines MVP candidates were so good, they were scary. 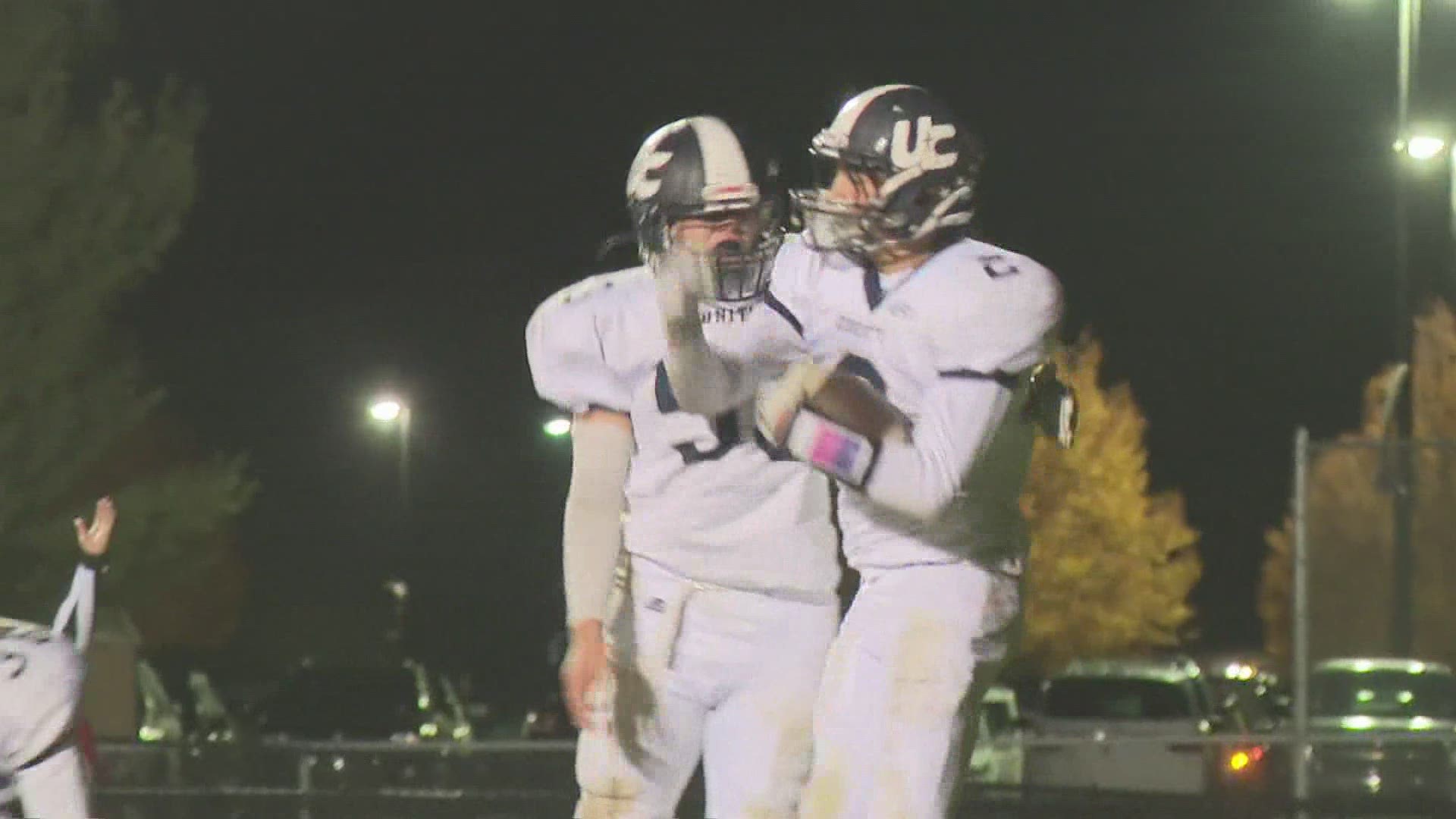 GRAND RAPIDS, Mich. — On Halloween week of the high school football season, we look back at some of the monster performances from last Friday night.

These three Serra Honda 13 on your sidelines MVP candidates were so good, they were scary.

Drew Chandler (Unity Christian) Running Back: Against Allendale, Chandler slashed through the Falcons like he was Norman Bates in Psycho. 10 carries for 94 carries and two touchdowns. The junior also caught a touchdown as the Crusaders cruised to a win to move to 6 and 0 this year.

Hunter Robinson (Forest Hills Central) Quarterback:  Robinson was alive in the victory over Lowell. We're talking a killer four touchdowns to go along with 204 yards rushing. The junior also threw for a touchdown and had 66 yards in the air.

Jake Haynes (Whitehall) Linebacker: Whitehall's fans were howling with delight at the sight of Haynes under the pale moonlight. 8 tackles including two sacks for the senior linebacker. He also had a key interception to give his team a W over Oakridge.

Those are the chilling candidates. To pick the winner, you have to cast your vote below by Thursday at 9 a.m. That is — if you dare.

Congratulations to Andrew Bradley of Kenowa Hills who won the Week 4 trophy.