Vote for the 13 On Your Sidelines Week 9 MVP

There are four candidates from Week 9. 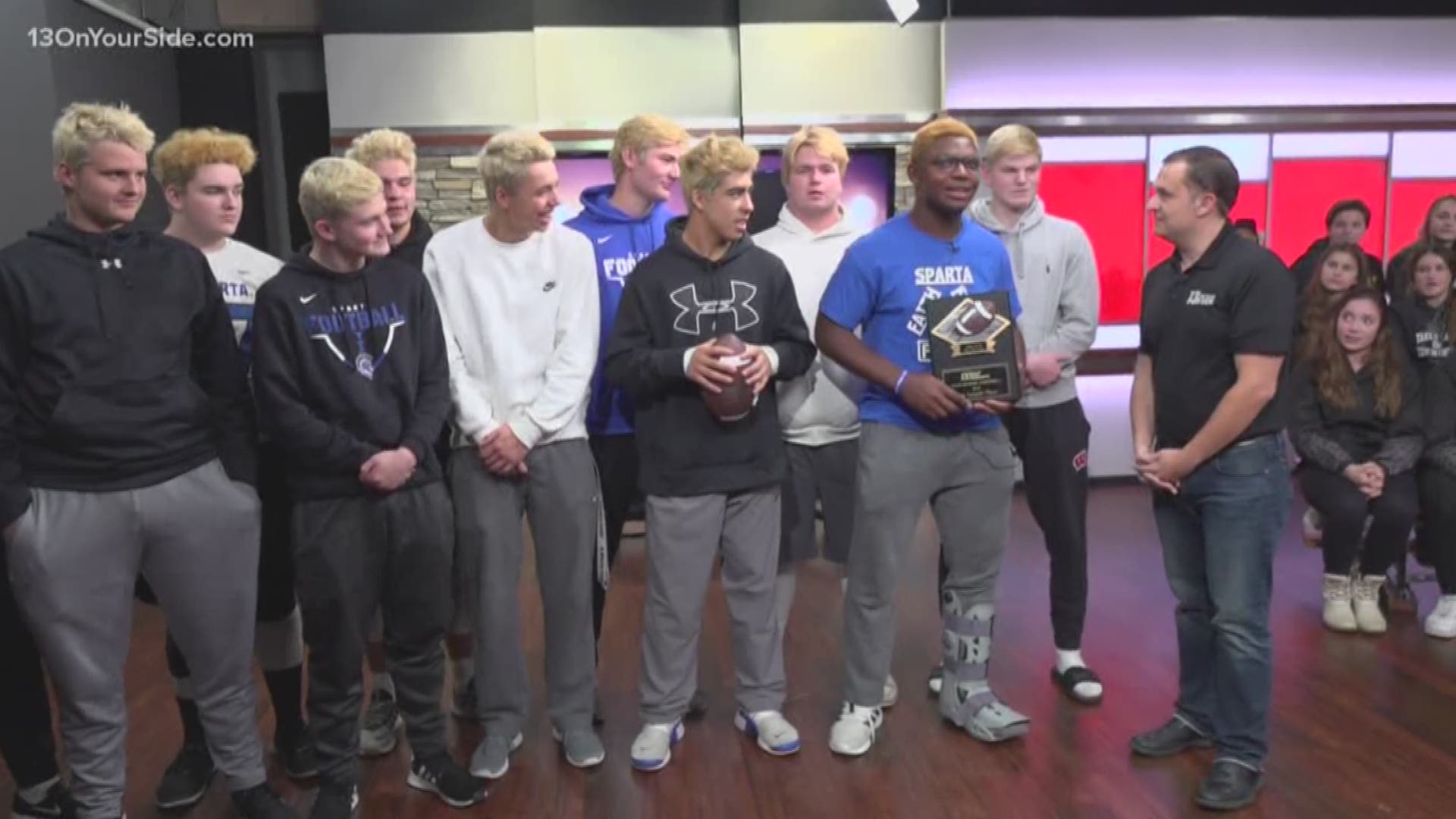 GRAND RAPIDS, Mich. — From performances that vaulted their team into the playoffs to record-breaking outings, these four athletes left their mark on the field last week.

Here they are, the candidates for the week nine edition of the 13 on your sidelines Watson Rockford MVP of the week.

Jakel Davis, quarterback: Davis has led Sparta to their best regular season since 2006. Last week against Allendale he showcased his entire game, running 19 times for 236 yards and four touchdowns. He threw for 67 yards and recorded eight tackles and a pass break up as well.

Doak Dean, quarterback: The quarterback is a big reason why the Red Arrows are back in the playoffs. In a must-win game at Northview, the junior ran for 174 yards with three scores and threw for 89 yards and two more touchdowns as Lowell won 41-19.

Edmari Mitchell, running back: Mitchell has also been a one-man wrecking crew. The senior running back ran for 164 yards and three touchdowns last week as Orchard View beat North Muskegon. The Cardinals are 9 and 0 for the first time since 2005.

Carson Vanderhoff, running back: Vanderhoff was an MVP candidate in week 8. He brought his A-game again in week nine—rushing for 268 yards on 43 carries and five touchdowns, as the Fighting Scotts upset Grandville. Vanderhoff also became the school’s all-time leading rusher, breaking a mark that had stood since 2006.

Those are the candidates, now it's time to cast your vote. The polls close Thursday morning. 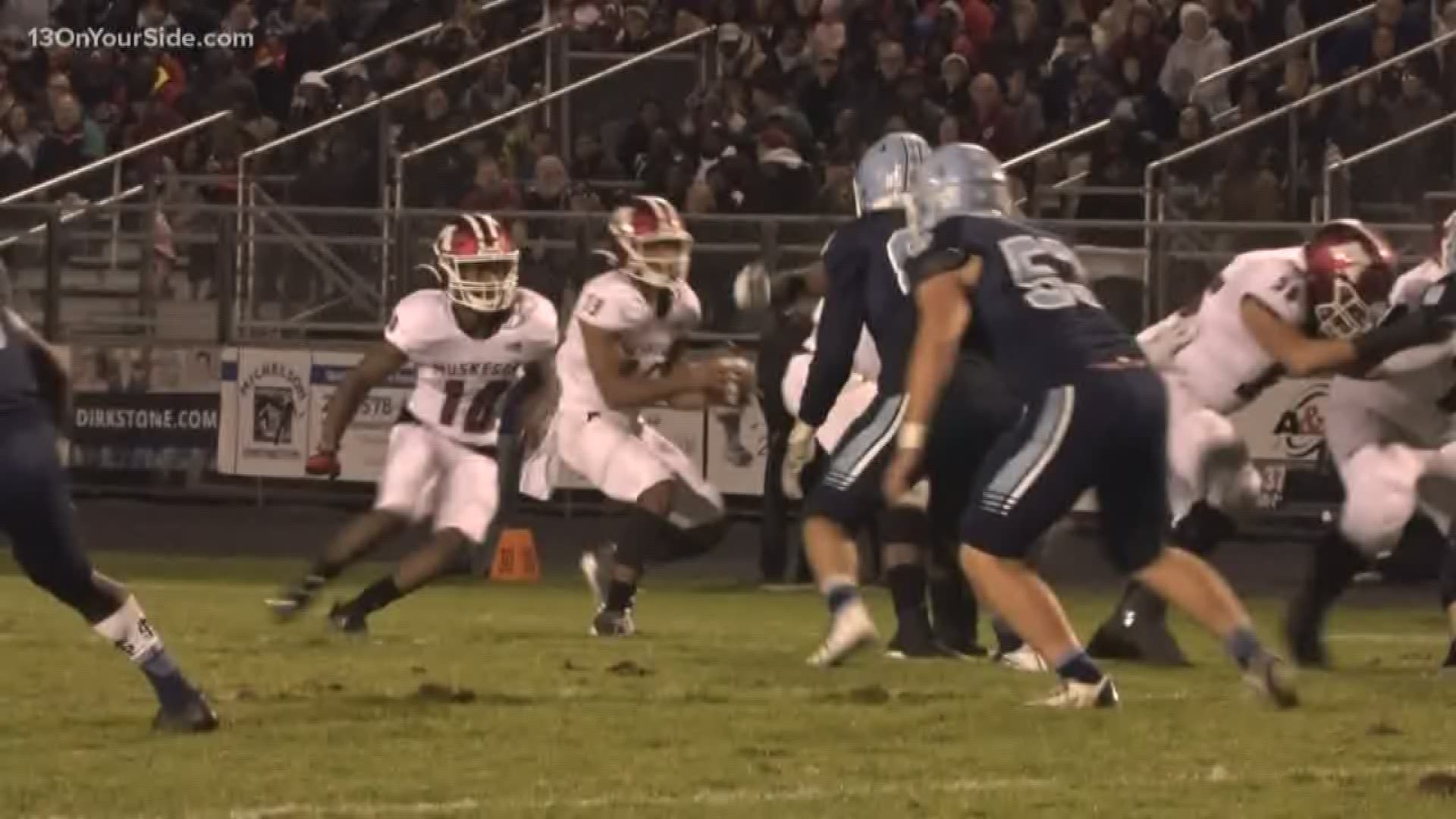