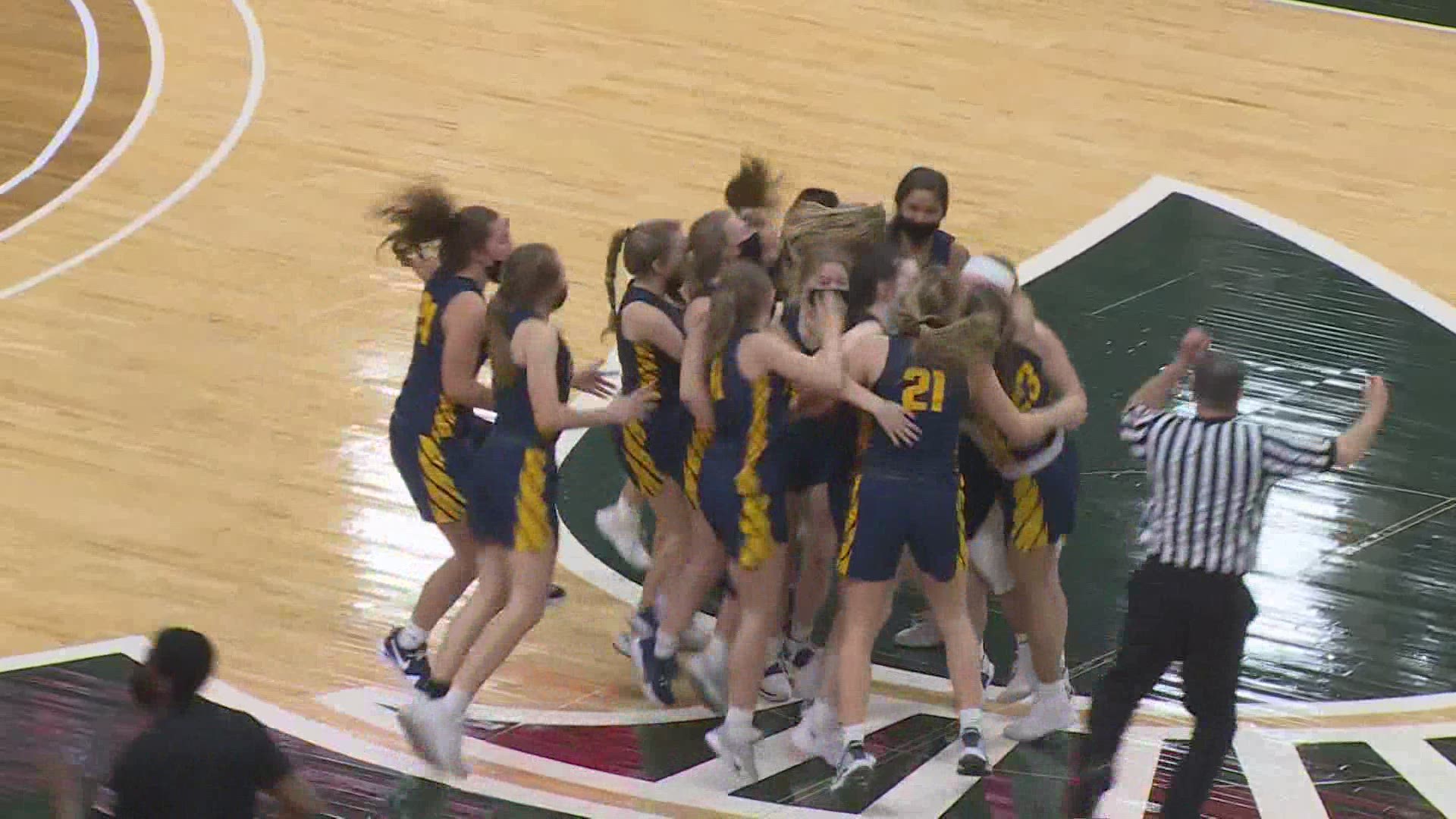 GRAND RAPIDS, Mich. — For the past two months the Hudsonville girls basketball team has been absolutely unstoppable, especially the underclassmen. Friday afternoon they finally reached the summit, defeat Detroit Renaissance, 65-61, in the division one state finals.

The win gave the Eagles their first ever girls basketball state championship.

Sophomore Jaci Tubergen led all scorers with 28 points and 12 rebounds.

The Eagles trailed by seven points after the first quarter, but in the second quarter they found their groove. Tubergen was practically unstoppable-- she hit five threes and helped Hudsonville take its first lead.

The game turned into a back and forth affair in the fourth quarter. Kailee Davis was the catalyst for the Phoenix, scoring 26 points and helping her team cut their deficit to just two with 90 seconds left in the game.

However, the Eagles would ice the game at the free thrown line and leave East Lansing victorious.

Junior guard Alaina Diaz came off the bench to score 15 points and pull down seven rebounds as well.

Hudsonville ends the season with a 23-1 record.