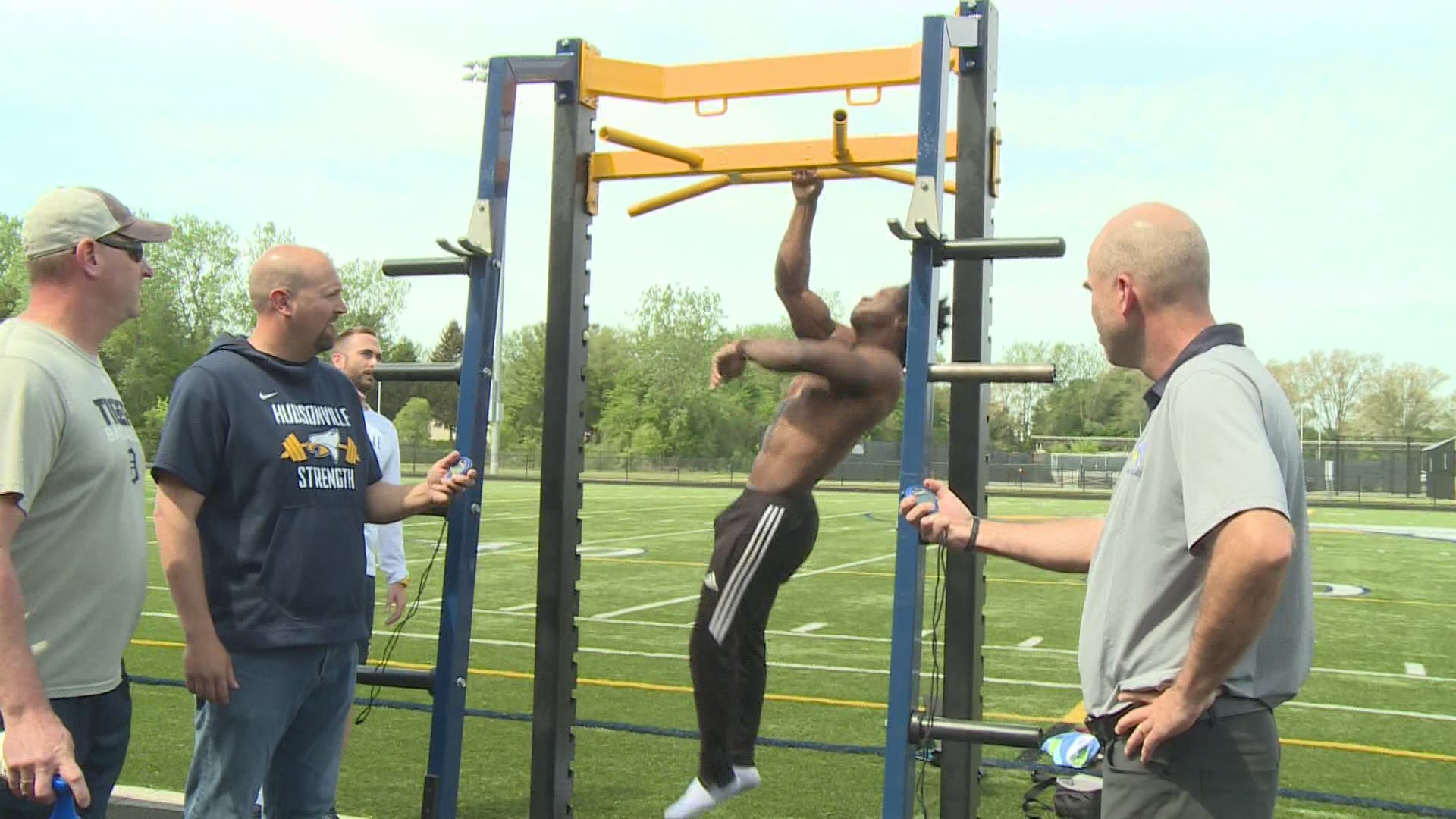 HUDSONVILLE, Mich — Despite coming up short in his quest to set a new Guinness World Record, a Hudsonville senior still managed to etch his name into history.

In front of a packed crowd this afternoon at the school's football stadium, Nick VanNoord completed 17 one arm pull-ups in a minute, equaling the previous high set by Bulgarian Georgi Gaydardzhiev nine years ago.

Afterward, the 18-year-old had mixed emotions. While disappointed he failed to match his personal high of 22 pull-ups, VanNoord was proud that he could equal the mark in front of so many friends, teachers, and family members who came out to see him.

"This was pretty crazy, it meant a lot to me." VanNoord. "Just seeing all the support I had and hearing all the people that were cheering me on. I mean it wasn't I was going for but I'll take it."

Despite coming close to breaking the record, VanNoord says he is now done with one arm pullups. However, he says there's other Guinness World Records out there for him to chase.