With the victory, the Chix clinched a share of the OK Green. 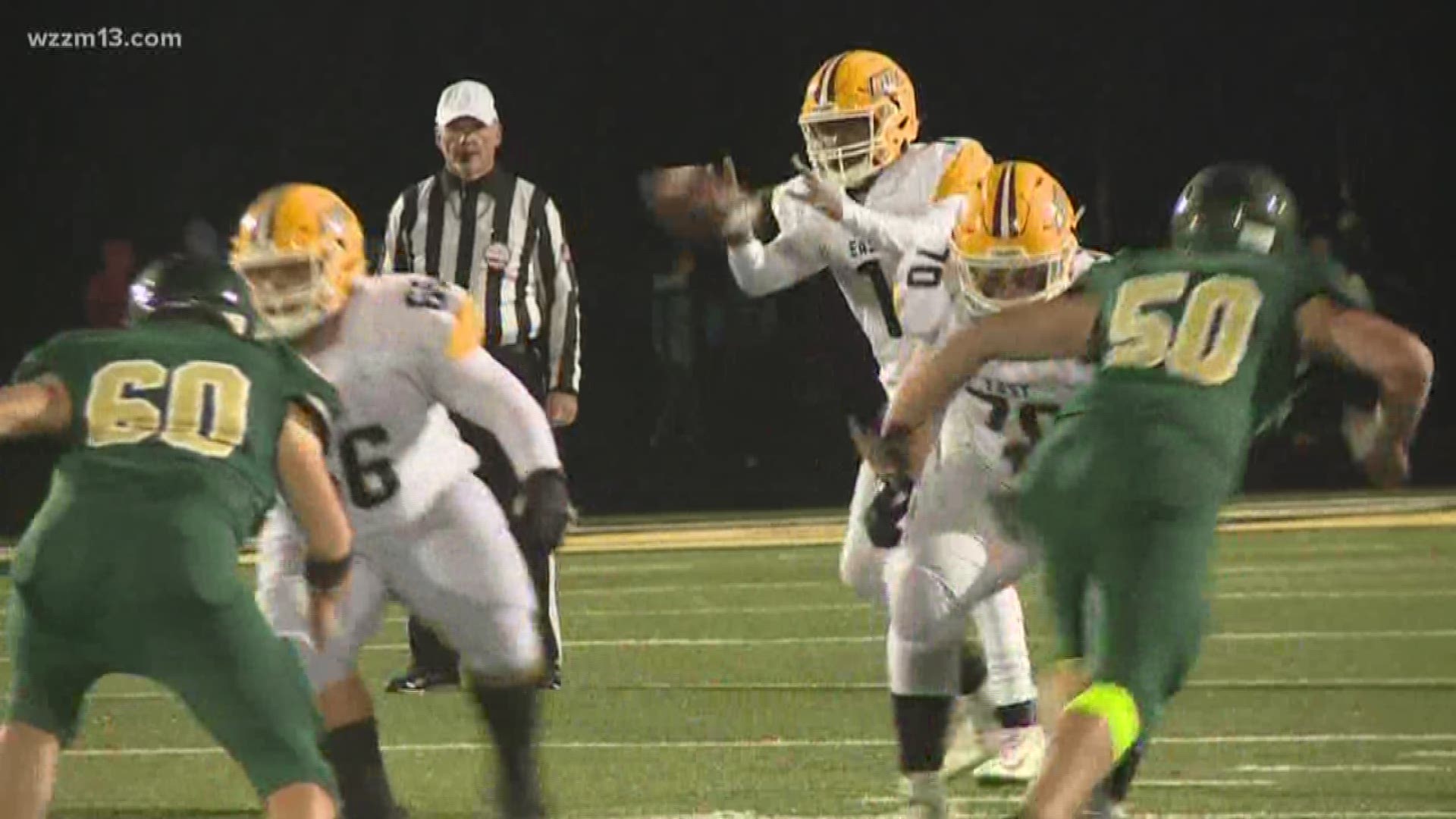 ZEELAND, MI -Trailing 14-0 early in the first, Zeeland East could have folded against Zeeland West. Instead they turned their play up to a whole other level.

The result was a 48-34 victory over their rivals in the latest edition of the Bird Bowl, which actually had more than just bragging rights on the line. With the victory, the Chix clinched a share of the OK Green.

Quarterback Gabe Taylor was the story for the Chix as he scored five total touchdowns in the victory.

The Chix have now won 5 straight games. They are now 7-1 this season.