Jalen Mayfield ready for his NFL dream to come true

The Grand Rapids native is expected to be drafted into the NFL this week. 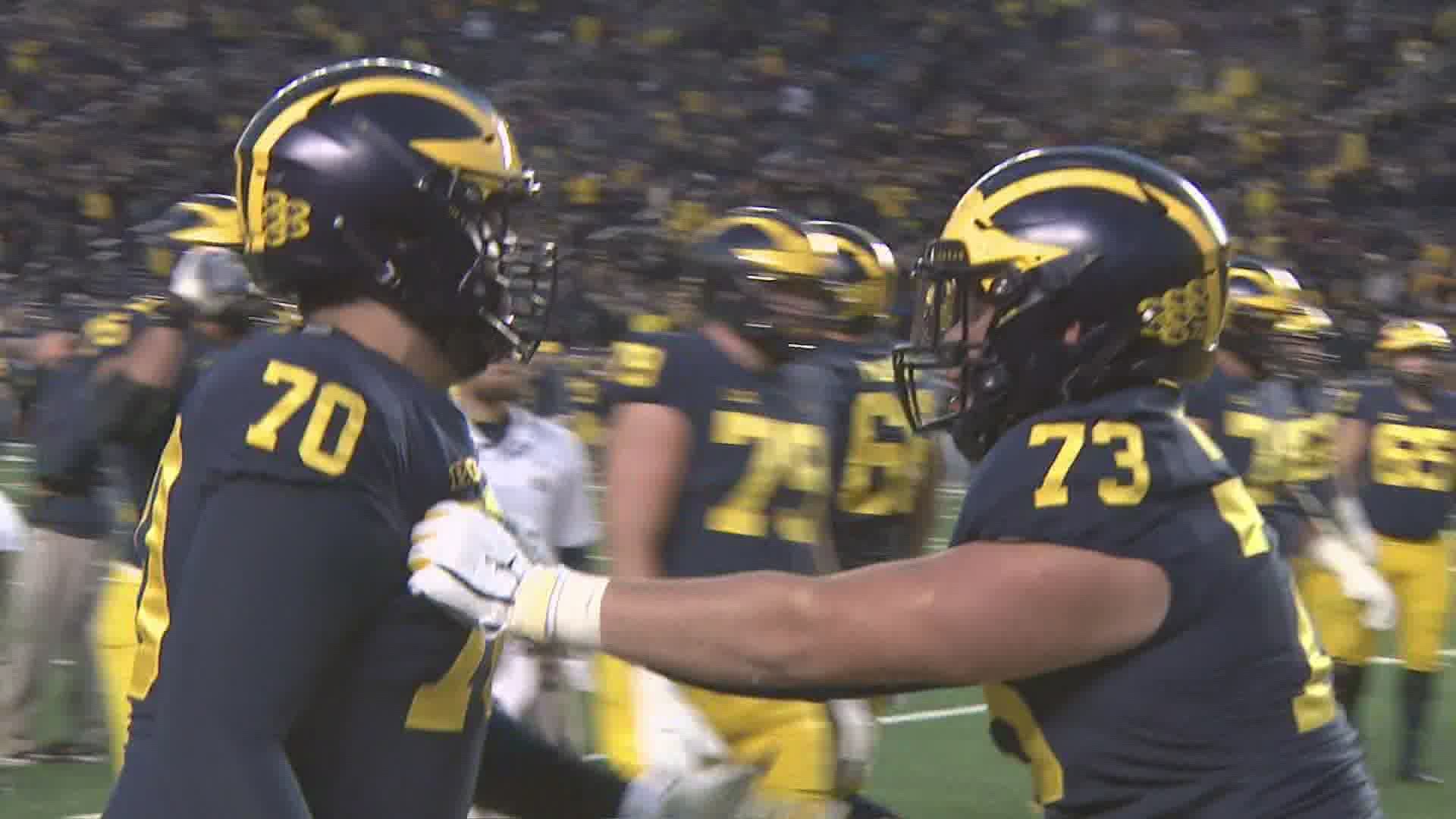 GRAND RAPIDS, Mich. — Jalen Mayfield was a prep star at Grand Rapids Catholic Central when his football coach, Todd Kolster, made something very clear to the talented big man.

"He really sat me down and he told me I was different than other people," said Mayfield. "I had an opportunity to do something that not a lot of people get an opportunity to do. That kind of instilled a confidence in me that I'm the best player out there, and now I've got to show it."

Credit: AAG
Jalen Mayfield was an Army All-American in 2017.

Mayfield used that new motivation to become an Army All-American as a senior in 2017 before making an immediate impact at the University of Michigan. The six-foot-five, 320-pound lineman played in 18 games for the Wolverines, including 15 starts at right tackle. Mayfield earned All-Big Ten honors as an honorable mention to the coaches team as a redshirt freshman in 2019.

The Grand Rapids native is now considered to be one of the 10 best offensive tackle prospects available, and after such a trying 2020 season, he's ready to hear his name called.

When the Big Ten initially decided to move the 2020 football season to the spring of 2021, Mayfield opted out of playing and decided to enter the NFL draft. But when the conference reversed course and moved the season back to the fall, Mayfield returned. Unfortunately, the redshirt sophomore had his season cut short due to an ankle injury. He says the entire process taught him a valuable lesson.

"Anything can take away what you love the most, be that getting injured or something else out of your control. Now I look at it like, you've got an opportunity to show what you can do so don't let the opportunity pass up. I'll carry that mantra forever."

No draft class in NFL history has faced the kinds of challenges the 2021 group has. There was no NFL combine in Indianapolis this year. There was no in-person meetings with general managers and league scouts. There were no individual workouts at team headquarters. Still, the versatile offensive lineman feels that he’s done all he can to show that he’s ready for the next step.

"There's been a lot of zoom meetings with teams. You have to try and get to know them without actually meeting them, so it's definitely different. But I'm somebody who understands the game in a different way than most people do. I feel like I'm one of the smarter prospects in this draft class, especially for my age, and just being able to play multiple positions for me is huge too."

Mayfield spent two and a half months working out and preparing for the draft in Pensacola, Florida. Now that it's here, he hopes that his wait ends early. "I hope I get my name called on Thursday so I can get this over with and know where I'm going."

The 2021 NFL draft can be seen on 13 ON YOUR SIDE, beginning with the first round on Thursday night at 8 p.m. Rounds two and three will be on Friday night at 7 p.m., and rounds four through seven will happen on Saturday starting at noon.