Eagles lose by a pair to Grass Lake in Div. 3 state championship 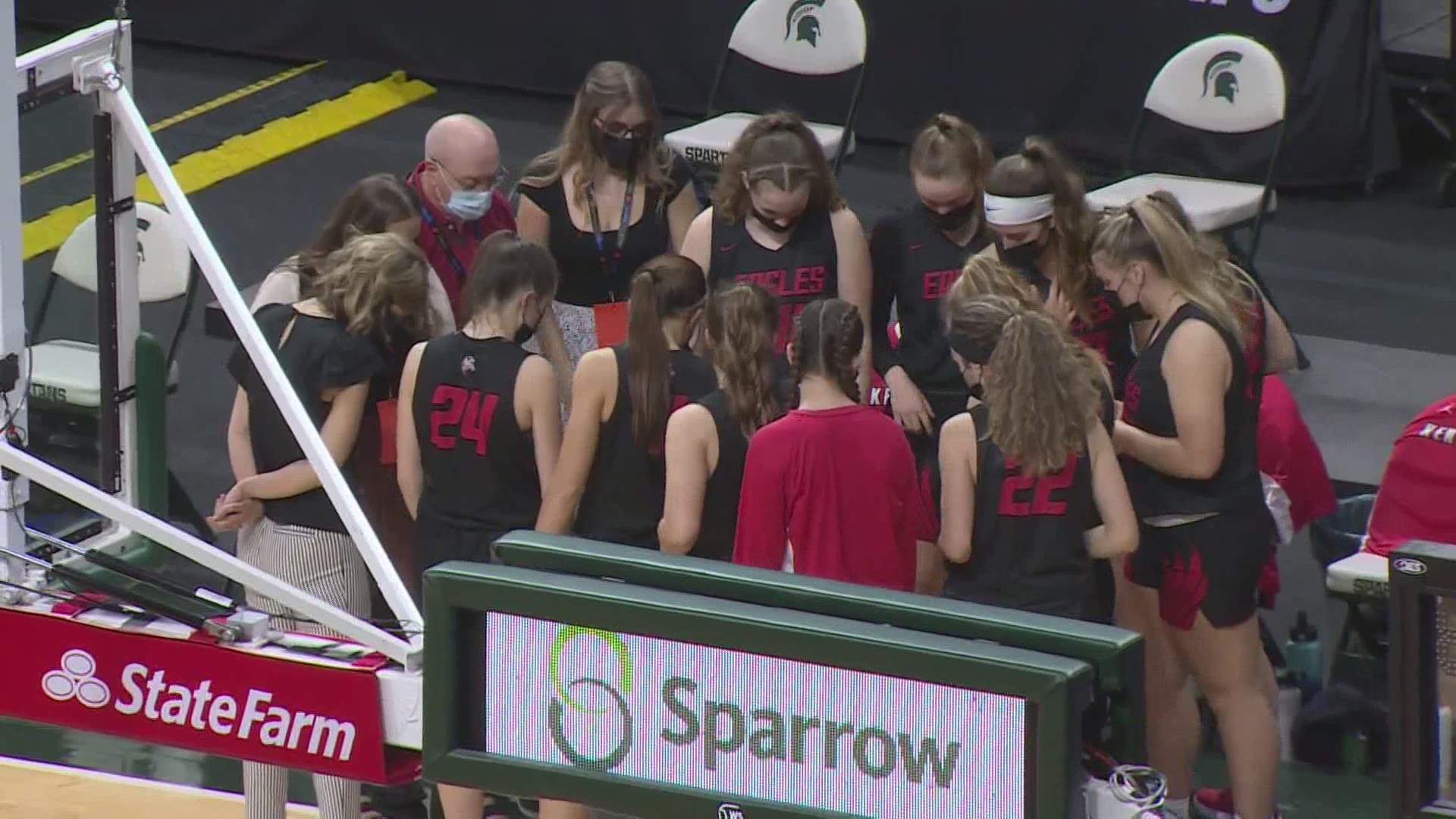 GRAND RAPIDS, Mich. — No matter what, 2021 was going to be a season to remember for the Kent City Eagles girls basketball program.

The seven-member roster had already accomplished so much, like finishing the regular season undefeated, winning the schools first regional title in three years, and playing in the state semifinals for the first time ever.

But the ultimate goal of winning the program's first ever girls basketball state championship will have to wait. The Eagles were defeated by Grass Lake, 52-51, in the division three state final.

Kent City took a seven-point lead in the first quarter, but they weren't able to maintain their hot start. Grass Lake held the Eagles to just six points in the second quarter, allowing them to seize a lead that they held for the rest of the game.

The Eagles shot just 39.6 percent from the floor and only attempted two free throws all game. Despite not playing their best game offensively, senior  Kenzie Bowers said she'll take several positive memories away from the season.

"Even though we didn't get the outcome we wanted it's still so much fun to play at the Breslin Center and play with this team that I've been playing with since I was young. It's just so much fun. I'll always remember this great season, this great team and the fun we got to experience together."