Kent City and Lake City met in a battle of unbeaten teams and the Trojans stayed perfect with a 14-7 win. 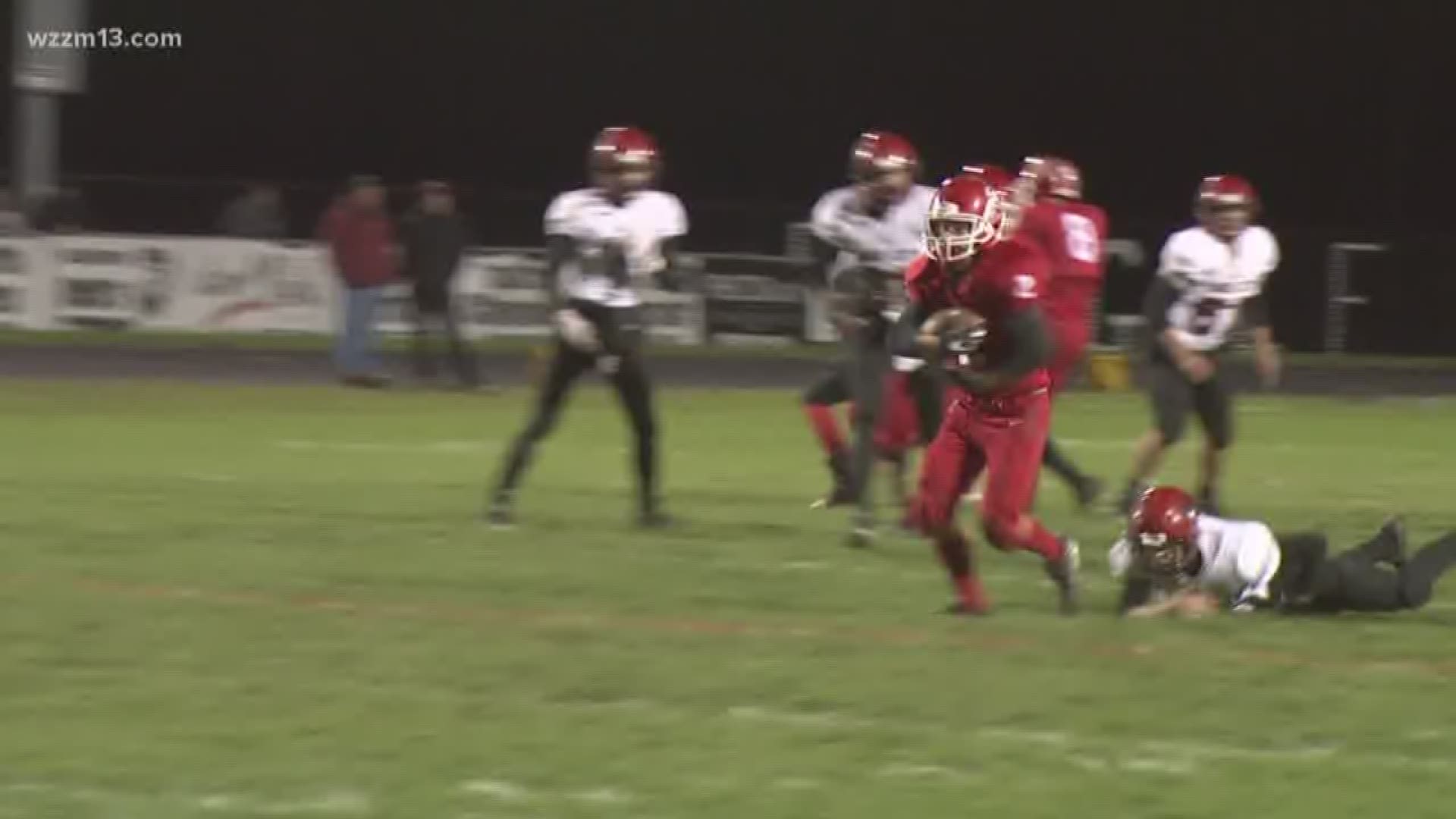 Kent City and Lake City both had 7-0 records coming into Friday night but only one team would leave Ward Memorial Field perfect.

The Trojans led 14-0 at that half but the Eagles started the third quarter with a touchdown drive as Evan Jones scored from 34-yards out to get Kent City within a touchdown, 14-7.

Lake City would shut the Eagles down from that point on, stopping Kent City on 4th down and short twice and recovering a fumble in the fourth quarter before running out the clock.