ATLANTA — Matthew Stafford connected with T.J. Hockenson on an 11-yard touchdown pass as time expired and Matt Prater booted a 48-yard extra point to give the Detroit Lions a stunning 23-22 victory over Atlanta.

The Falcons wound with another improbable loss because they scored a touchdown.

Needing to get the ball back, the Lions made no attempt to tackle Todd Gurley on a 10-yard TD run.

Gurley tried to fall down but landed on the goal line. That gave Detroit one more chance, and Stafford made it count on the final play.

Prater hit the PAT after an unsportsmanlike conduct penalty.

He also became the second player in the Super Bowl era to throw two game-winning touchdown passes with no time on the clock.

The other was Tim Couch.

“I love this game. I love competing,” Stafford said. “There’s no more competitive, pressure-packed situation than ... no time left.”

INJURY REPORT
Falcons WR Russell Gage appeared to be seriously injured when Detroit’s linebacker Reggie Ragland pinned his left leg making a tackle on a short pass play in the first quarter. Gage had to be helped off the field with a knee injury, but he was able to return to the game in the second half.

UP NEXT
Lions: Will be seeking their first win of the year at Ford Field when they host the Indianapolis Colts next Sunday. Detroit is 0-2 at home.

Falcons: Face a short turnaround heading into Thursday night’s game at Carolina. Atlanta lost to the Panthers 23-16 when the NFC South rivals played at Mercedes-Benz Stadium on Oct. 11. 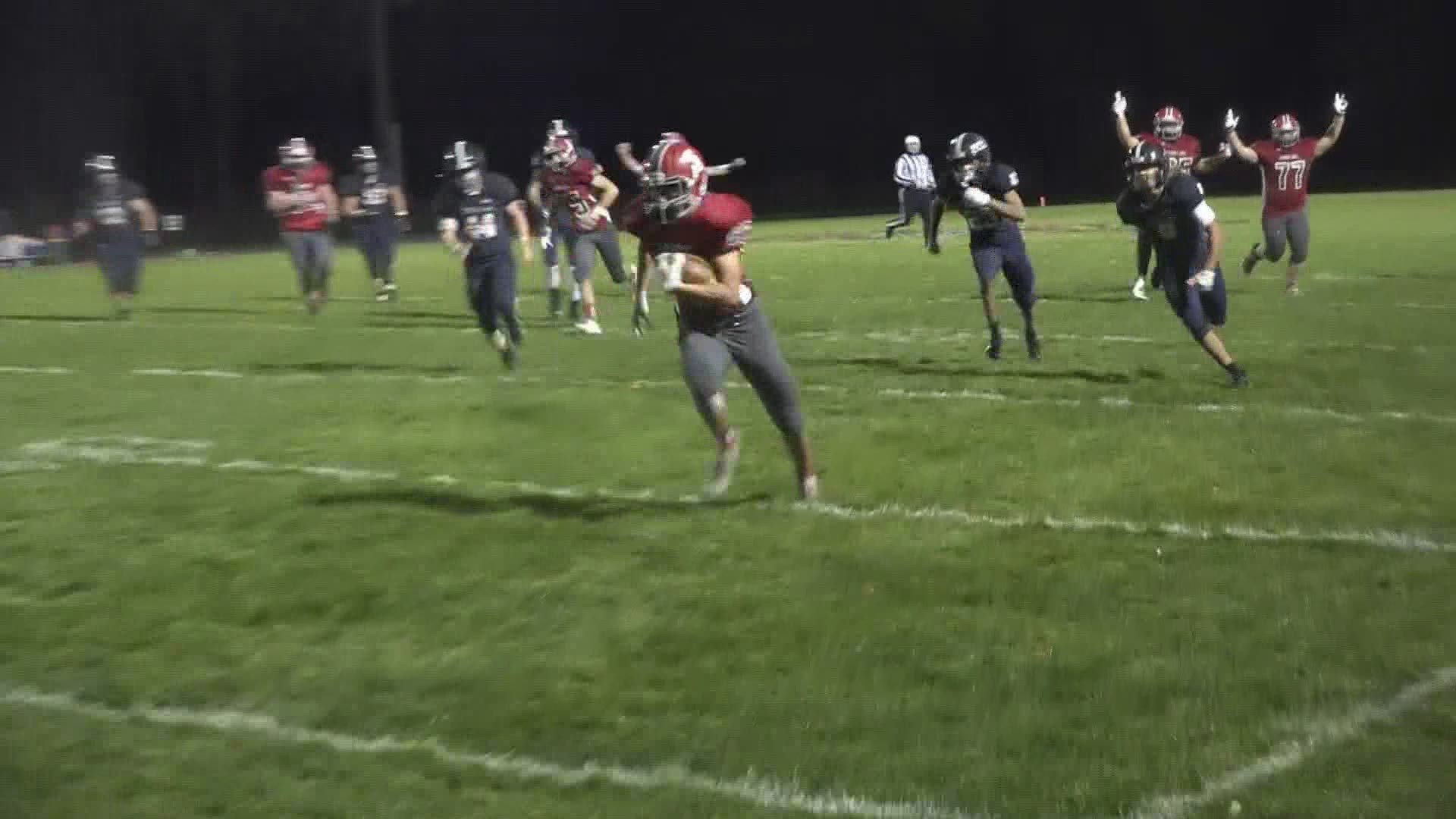