Already there's two running backs that will be scooped up in every fantasy football league this week. 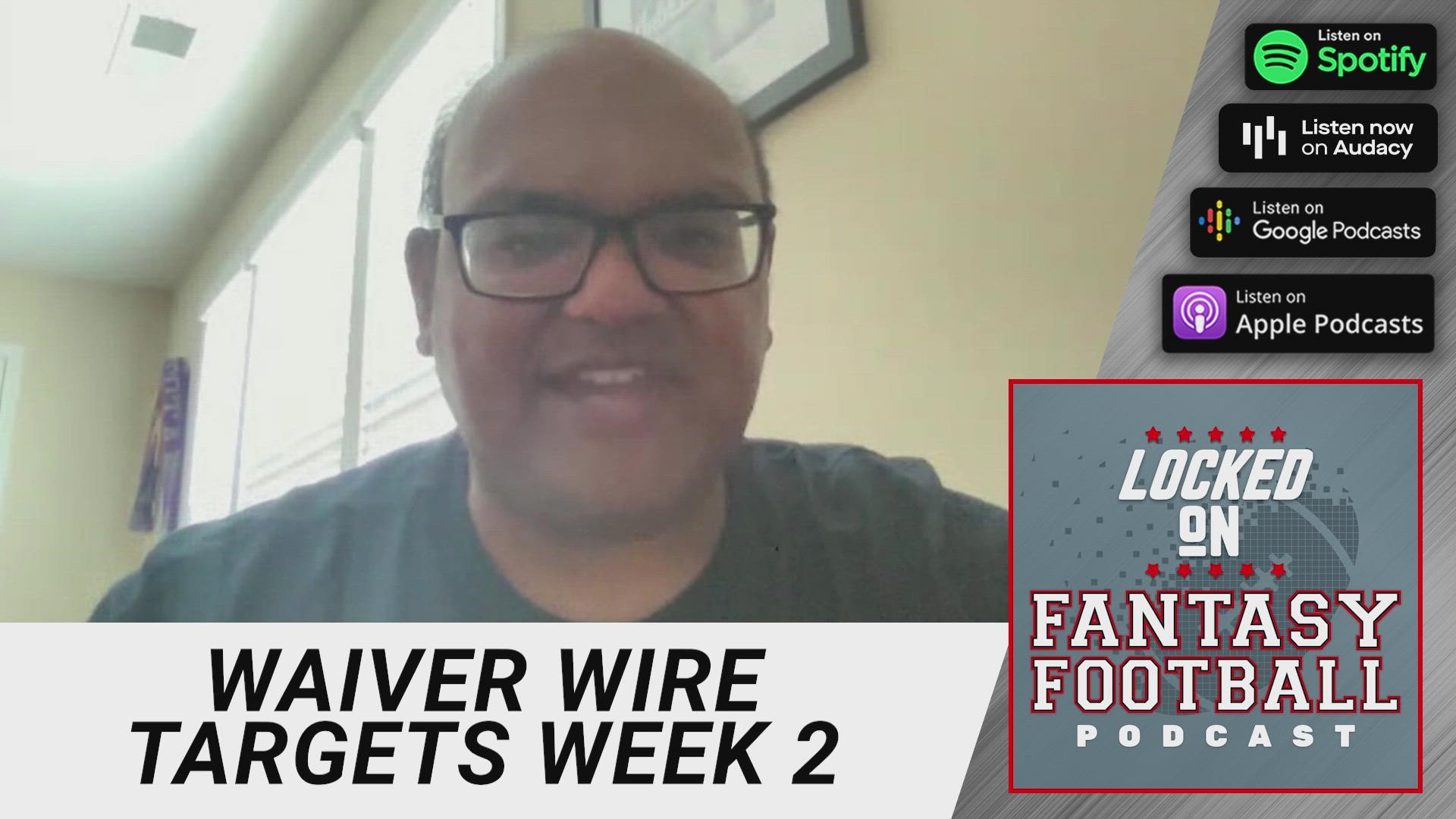 LOS ANGELES — Week 1 has come and gone and hopefully you’re not sitting there looking at your fantasy football team’s performance and panicking. Remember, it’s a long season.

But, if you see some holes in your lineup already or are suffering from early season injuries, it’s time to venture on over to the waiver wire and get some players that impressed in Week 1.

SUBSCRIBE to the Locked On Fantasy Football podcast, free and available on all platforms.

Locked On Fantasy Football host Vinnie Iyer gave several players you should be targeting on your league’s waiver wire this week.

Iyer: “Mark Ingram, the surprise workhorse out of the Texans backfield who needs to be rostered in all leagues.”

Iyer: “Mitchell will maintain a key role in the 49ers backfield with Raheem Mostert about to miss at least half the season.”

Iyer: “Kirk is a must get after his big role in Tennessee as Kyler Murray’s number two receiver.”

NFL WEEK 2 POWER RANKINGS: Steelers, Cardinals leap into the top 10 as the Packers and Titans fall.

Which team belongs in the Top 10 that isn't? pic.twitter.com/lgDbo0kbfu