'Made to be remade': Adidas unveils recyclable performance running shoe

Once they are worn out, the shoes can be returned to Adidas, where they will be ground to pellets and melted into material for components for a new pair of shoes. 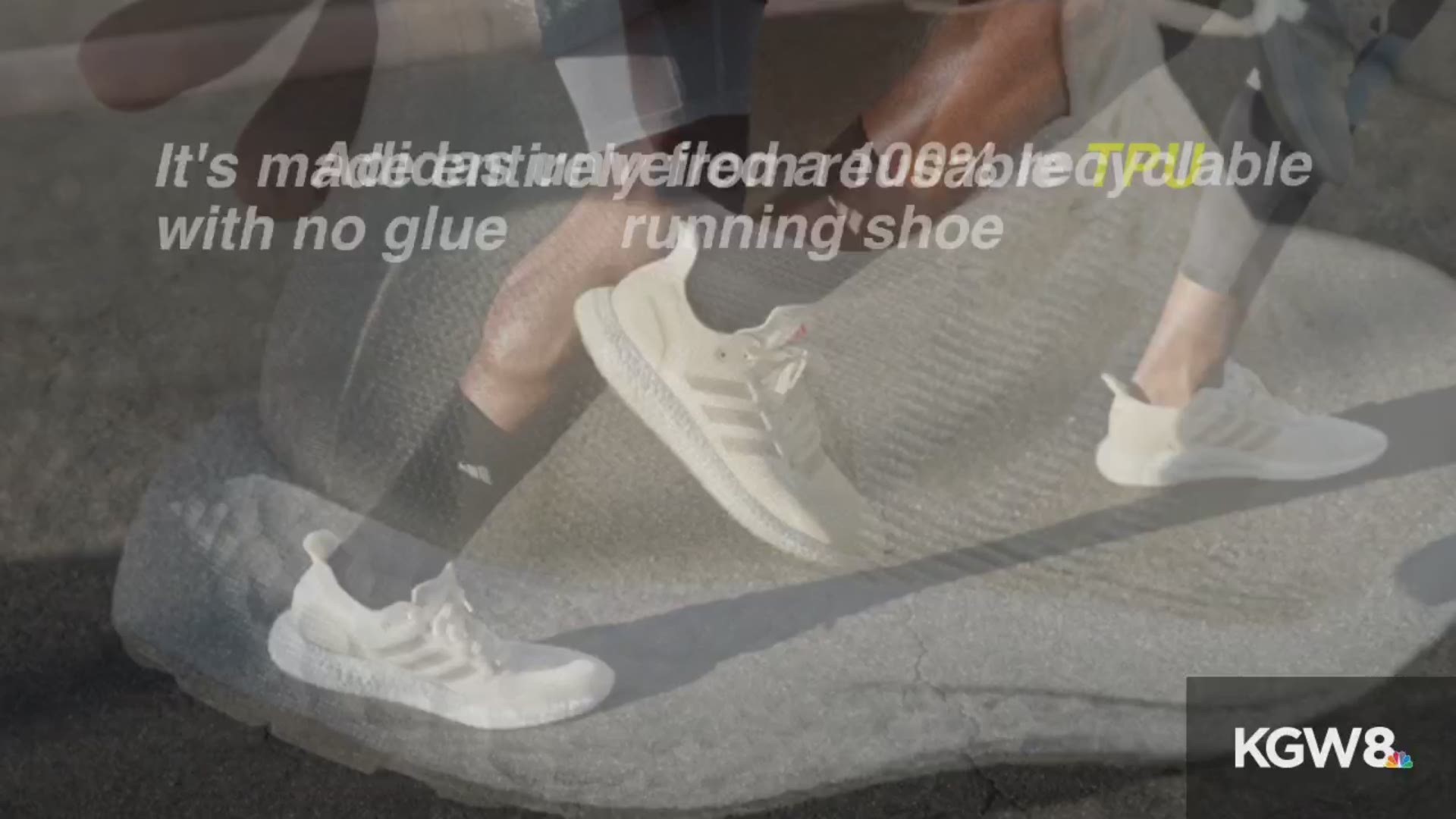 PORTLAND, Ore. — In the fight to prevent future plastic waste and keep it out of Earth’s oceans, Adidas unveiled a performance running shoe that can be recycled and turned into future versions of itself.

The FUTURECRAFT.LOOP is made entirely from reusable Thermoplastic Polyurethane (TPU), according to Adidas. The TPU is spun into yarn, knitted, moulded and clean-fused onto a Boost midsole.

The shoes are made without glue, Adidas says. Glue is found in most athletic shoes and, along with other complex materials, prevents them from being recycled.

Once they are worn out, the shoes can be returned to Adidas, where they will be “washed, ground to pellets and melted into material for components for a new pair of shoes, with zero waste and nothing thrown away,” the company says.

1 / 8
adidas
The adidas FUTURECRAFT.LOOP can be recycled and remade into future versions of itself.

“FUTURECRAFT.LOOP is our first running shoe that is made to be remade. It is a statement of our intent to take responsibility for the entire life of our product; proof that we can build high-performance running shoes that you don’t have to throw away,” said Adidas head of global brands Eric Liedke.

The first generation of the FUTURECRAFT.LOOP shoes are being tested by 200 people around the world. Adidas says runners will test the shoes, return them and share the experience ahead of the shoe’s global release date, tentatively set for spring or summer of 2021.

Learn more about the FUTURECRAFT.LOOP

“Taking plastic waste out of the system is the first step, but we can’t stop there. What happens to your shoes after you’ve worn them out? You throw them away – except there is no away. There are only landfills and incinerators and ultimately an atmosphere choked with excess carbon, or oceans filled with plastic waste. The next step is to end the concept of ‘waste’ entirely. Our dream is that you can keep wearing the same shoes over and over again,” Liedtke said.

RELATED: Adidas, Marvel team up to create 'Heroes Among Us' collection